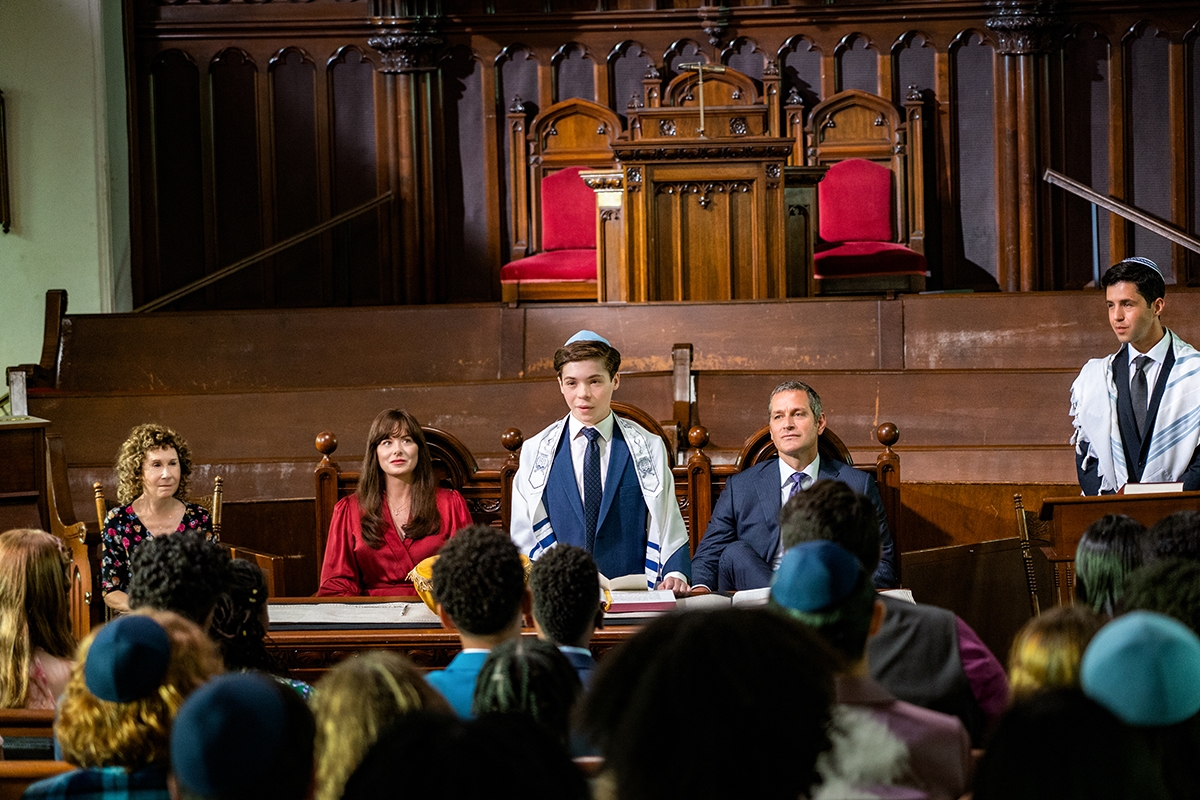 Put a family movie night on your calendar for this coming August because the movie adaptation of the very Jewish Broadway musical “13,” titled “13: The Musical” is about to hit your Netflix, and the first trailer looks so, so delightful.

The tagline for the film is “raise your voice even if it cracks,” and truly, if that doesn’t take you back to your bar or bat mitzvah, I don’t know what will.

The movie musical stars actor Eli Golden as Evan Goldman, a 12-year-old teen preparing for his bar mitzvah in New York City. “A bar mitzvah is the event that defines you, the Jewish Superbowl,” Goldman says in the trailer. Unfortunately, his plans for the epic bar mitzvah are foiled by the dissolution of his parents’ marriage.

Instead of spending his days planning a tony Manhattan coming-of-age party, Evan has to move with his mom, played by IRL Jewish mom Debra Messing, to the small town of Walkerton, Indiana — a place that inspires the song “The Lamest Place on Earth.”

Evan and his mom shack up with his Jewish grandma Ruth, played by the wonderful Rhea Pearlman. “If it took a divorce to get you to come back, maybe it’s a good thing,” Ruth tells her daughter, in true Jewish mom fashion. “I look at the bright side,” she professes.

The very easy-on-the-eyes Peter Hermann of “Younger” plays Evan’s dad, Joel, who stays behind in New York City with Evan’s very congenial rabbi, Rabbi Shapiro, played by Jewish comedian and dad Josh Peck. Peck makes for the perfect movie rabbi, and he is full of Jewish jokes and zingers for his young student. In the trailer, after Evan attempts to chant his Hebrew Torah portion, Rabbi Shapiro answers a pretend call and tells the teen: “It’s God, he wants his language back.”

As if having to practice his haftorah over video calls weren’t bad enough, Evan also has to learn to navigate the teenage politics of his new school. To fulfill his plans for a glamorous bar mitzvah (“if my party is awful I’ll never live it down,” he tells Rabbi Shapiro), he needs to make sure the most popular kids accept his party invites — a task that turns out to be quite the challenge for young Evan. Evan’s newest friend, Patrice, is not in with the school’s cast of popular jocks and cheerleaders. Romance, a trip to an R-rated movie, middle school cafeteria drama and lots and lots of teens shenanigans — all accompanied by addictive music — ensue.

The movie is based on a beloved 2008 Broadway musical, a collaboration between Jewish composer and lyricist Jason Robert Brown and writer Dan Elish. Brown has won Tonys for his work on “Parade,” a musical dramatization of the lynching of Jewish American teen Leo Frank in 1915, and the famous “The Bridges of Madison Country.”  A novel adaptation of the musical written by the two was published by HarperCollins that same year and will be released in paperback this August.

(Fun fact: the musical also marked the professional debut of none other than Ariana Grande, who played a cheerleader in the production along with future “Victorious” co-star Elizabeth Gillies. So not only is it delightful, but an integral part of pop music history.)

This new movie brings the popular musical into the 2020s and includes three new original songs. With a diverse cast, a catchy soundtrack, teen drama and what will possibly be our new favorite onscreen rabbi, we really couldn’t ask for more from a family-friendly summer movie.

We can’t wait for the August 12 Netflix premiere! 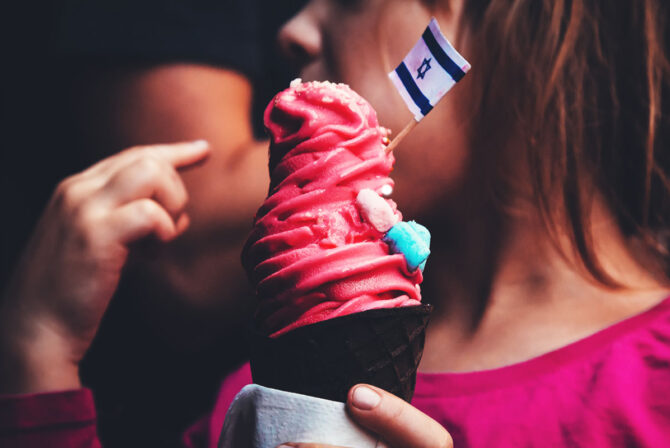