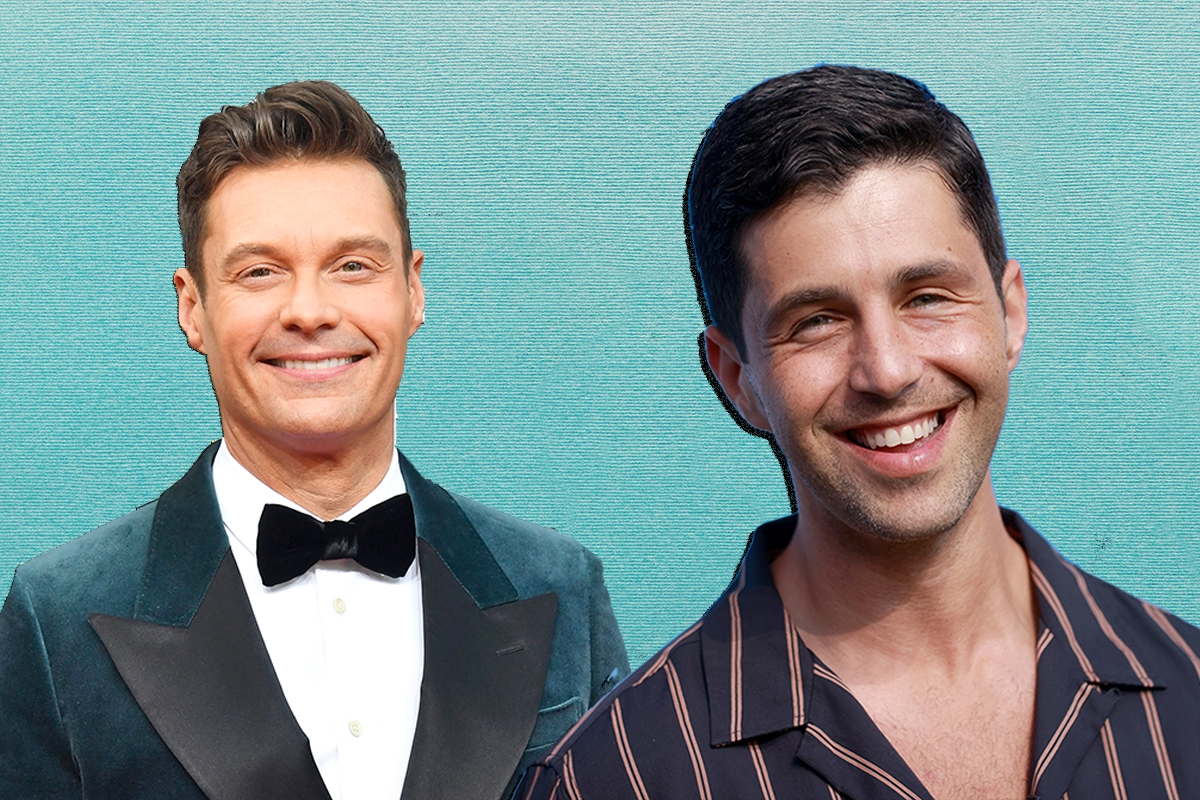 In a clip from the talk show, Peck discusses his new series, which is a reboot of 1989 buddy cop movie of the same name starring Tom Hanks (and Beasley the Dog). In the updated version, Peck stars as Scott Turner, a rookie U.S. Marshall who unexpectedly inherits a dog who just might be the crime-fighting partner he needs! (Ed. note: It’s actually a quite delightful show that I highly recommend for families with tweens!)

In an interview with Peck that aired on Monday, former “American Idol” host Ryan Seacrest is joined by Katie Lowes — a Jewish actress and theater director — and the two interview Peck virtually on their TV screen. Lowes asks Peck a question many of us have been thinking about lately: “What do you miss most about pre-Covid life?”

Lowes — who has voiced multiple animated Disney characters such as Candlehead in “Wreck-It Ralph” and Dr. Madge Honey Badger in “Zootopia” — was raised by a Jewish mom, so she immediately chimes in to explain to the audience, and to Seacrest, what the Yiddish word means.

“A shvitz, for those who don’t know, is a sweat,” she explains to a seemingly confused Seacrest, who repeats the phrase. She then turns to Peck for clarification: “So you miss going into a sauna or a steam room or something like that?”

Peck responds in the affirmative — he misses going to a sauna and doing a little bit of a “detox.” (Let us also add that we deeply appreciate the way that both Jewish actors say “SAWH-na” in their light but undeniably recognizable New York Jewish accents.)

At first, Seacrest is a bit puzzled by all of this, wondering if a shvitz is a “self-induced sweat.” (Um, is there any other kind?) Lowes then explains to Seacrest the difference between “shvitzing” — or simply sweating from physical activity — from “having a shvitz” — AKA going to a sauna or steam room.

Seacrest, still a bit baffled, asks: “What if I go to a hammam? Is that similar?”

“I like a shvitz!” Seacrest decides. “Alright. It sounds good!”

You can watch the delightful 55-second exchange here:

This is not the first time Peck has publicly shared his Jewish identity and pride. Peck, 34, grew up in Manhattan, raised by his Jewish mom and grandma. As a young man, he had a bar mitzvah — in an Italian restaurant! — right around the time he got his start on Nickelodeon’s “The Amanda Show.”

These days, Peck is a Jewish dad! He and his wife, Paige O’Brien, who is Catholic, are raising Max, 2. Peck frequently posts on social media glimpses of his interfaith Jewish family’s traditions — along with adorable photos of his son. Check out this precious photo of the family celebrating Shabbat in May:

We also love this hilarious video of Max trying to blow out the menorah candles on Hanukkah. Peck’s caption, including the hashtags #Cashew #Catholicjew, embraces the family’s interfaith tradition with humor and self-awareness. Love that!

And last but not least, please enjoy this silly photo series of Peck loving the dad life, with a caption: “Kids really make everything better.” Aww!!

Honestly, between the shvitzing and the kvelling, we think Peck’s really onto something. Here’s hoping we’ll learn some more Yiddish words from this Jewish celeb soon!