A First Panic Attack at Age 50 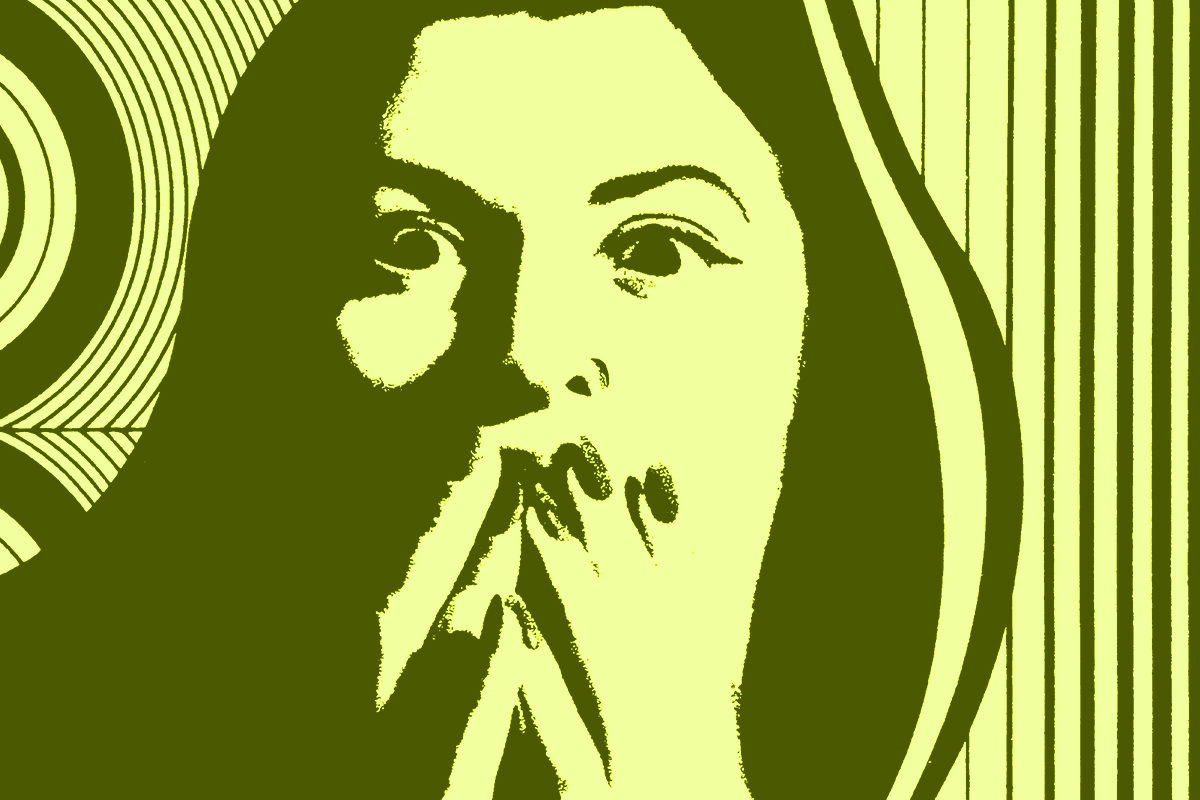 Panicking, I pulled into the parking lot at a strip club near my daughter’s school.

I was on my way to pick her up, like I do every afternoon, when I felt a steady stream of tears suddenly running down my face. I realized my heart was racing and my breath was choked up; it was like every inhale was in competition with the next. I also noticed there were some loud sobs coming from my car. Was that me?

The term “spiraling” flashed into my head — is this what was happening? Fortunately, I had the wherewithal to realize I should not be in charge of a moving vehicle in such condition. The strip club offered the easiest space to stop. After all, it was quiet at that time of day, and far enough from my daughter’s school so that I could collect myself. Plus, the bouncer outside seemed completely nonplussed by my condition; apparently he had seen it all.

At first, I thought maybe I was having a heart attack, but I quickly ruled that out. I then realized that maybe I was experiencing something I had heard about over the years with increasing regularity: a panic attack. Or maybe it was an anxiety attack?

I knew there was a difference between the two. I have a Master’s Degree in drama therapy, after all, and that gave me at least a cursory understanding of the more popular disorders. Anxiety is most often connected to an excessive amount of worry or stress, and is often episodic. A panic attack, however, is linked with a sudden burst of fear and is less predictable.

Regardless of the difference, if I am being honest, I had always found these attacks somewhat dubious. They seemed, I am embarrassed to admit now, sort of self-induced. Boy was I wrong. And, boy oh boy, do I feel bad now to have ever thought that. Experiencing an acute attack, I now know, is no joke. I was familiar with bouts of depression, lingering malaise, and periods of apathy, but this was unchartered territory. If I was going to have an attack, though, I felt very lucky to experience my first at age 50.

Plus, given the training I’ve had in yoga and the healing arts, I knew somewhere deep inside that I was in good hands with myself. I knew I first needed to get present. Really present. And so, I started naming aloud the things I could see: steering wheel, radio — and, whoops, I realized the car was rolling backwards; I hadn’t put it in park. I fixed that and went back to naming stuff: dashboard, phone, and so on.

I was grateful that I had boosted my inner toolbox in recent years. Last year, as my eldest prepared for the craziness that is the college admissions process, I started researching methods to mitigate anxiety. I had also begun to look more honestly at my own day-to-day levels of anxiety and how, if left unchecked, they were affecting the people I loved.

My yoga training reminded me that exhales aid in transformation. The inhale is familiar to us — it disturbs us from slumber, helps us lift heavy things, and we rely on it most often without active awareness. Our exhale, however, gets shirked. We rush through it unconsciously in order to move on to the next thing. But it is the exhale that we can rely on to be an unlimited resource, an untapped account from which a withdrawal can always be made. Exhaling helps transform the physical body; it’s like a lubricant that releases the tightness around any constriction.

And so, I became my own trainer: I instructed myself out loud to inhale for three counts, hold my breath a moment, and then to exhale for four counts. Over and over I demanded this of myself. It started to work: My breath began to deepen and connect to my belly and then to my heart and lungs. I looked outside, trying to feel the sun, but instead, I caught the bouncer’s eye. I wondered what all he had witnessed during his days, months, years on this curb.

Soften, I said to myself. I put my hand on my heart, in the lovingkindness way I learned from my teachers. But this gentle touch sent me back into a minor bout of hyperventilation again. I removed my hand and went back to square one. I suppose for a person like me who lives in her body the way I do, this gesture was just too much too soon.

The word “anxiety” is far more widely used these days than when I was a kid. A low rumble feels palpable to me in both adults and children alike as we all try to navigate the day to day stressors of our lives. The feelings of overwhelm increase as our personal control seems to decrease. In our fast-paced, striving-for-more society, it’s all too easy to ignore the present and start obsessing over our pasts or futures instead.

In the car that afternoon, as I calmed down, I began to recognize the base feeling that had sent me spiraling: I had been hurt. Someone I loved and trusted had lied to me, and when I was confronted head-on with the shock of this lie, my limbic system froze up. I was in the grocery line at the time of my actual revelation. In the hour after this bomb went off, I tried to make light of this new information. I continued on with my day: I put away my groceries, walked the dog, and brought in the mail. But once I was alone again with my thoughts, in the sort-of safety of my car, the emotions I had been denying overwhelmed me. Suddenly, it seemed as if so many of the big ones —  betrayal, humiliation, grief — threatened to suffocate me.

Though the details of the incident are specific to me, I suppose, the tattered and unloved place it sent me into is, without a doubt, universal. When we are anxious, that feeling that we are unloved and unwanted is just a rumor; a trance we put ourselves in when we try to ignore our feelings. Emotions MUST be felt.

I sat there in the car, just breathing, and eventually, the avalanche of stories I was telling myself began to stop. The little movie I had unconsciously created paused, and I started to notice that my heart just hurt. By stopping and recognizing this hurt, and noticing where it was localized in my body, I knew I was going to be OK. The investigation and healing and all that kind of integration would take time, but this kind of non-judgmental offering of emotional space for myself reconnected me to the present moment.

Finally, I was thinking clearly again. I remembered reading somewhere that it can feel grounding to put your feet in the grass. So, as I stepped out of the car to find some greenery, I glanced once again at the bouncer. He suddenly seemed compassionate — nurturing, even. I decided he had been my own personal guard as I went through this short but harrowing trip to pick up my daughter from school that day. Oh yes! The pick-up! My daughter! I suddenly realized there was a reason I was standing there in the strip-club parking lot, and it was NOT to get a job or a short escape. No. It was to pick up my darling daughter, a powerful source of life on her own, and a constant affirmation of life for me.