Money Anxiety Turned Me Into a Stereotypical ‘Cheap Jew’ 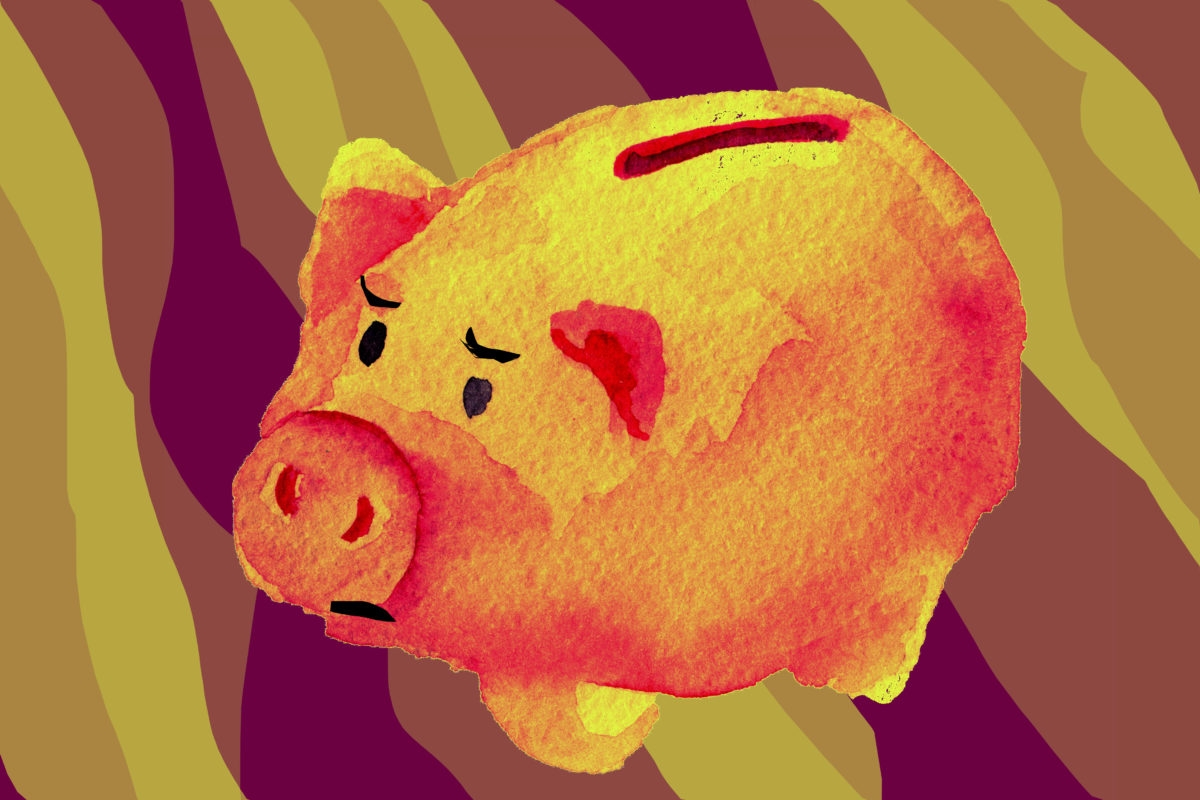 When I was around 6 years old, my now-divorced parents took me to the circus. I really wanted this one particular doll as a souvenir, but I remember them mumbling to each other that it was too expensive. I cried — I wanted that doll badly.

When my parents finally succumbed to my bratty tears, I changed my mind. “It’s too expensive,” I said, a mere child with no concept of money or, like, literally anything. “I don’t want it anymore.”

More than two decades later, I don’t remember if I left the circus that day with the doll, but I do recall how upset this conversation about money made me. And though I didn’t realize it then, this was just the beginning of my long, convoluted, complicated journey with finances.

My upbringing was pretty standard New Jersey Jewish upper-middle class. My mom stayed home with my sister and me; my dad was a lawyer at a small firm in New York City. I was never in want or need of anything major — I had Beanie Baby and CD collections to die for, and always wore the trendiest clothes and accessories in order to keep up with my peers. I went to private Jewish school, Jewish summer camps, and traveled to both Disney World and Israel multiple times.

But even as a child, even when I was living comfortably off of my parents’ (well, parent’s) hard-earned cash, I always felt guilty. I felt badly that they had to buy things for me and I worried I was spending too much, like I was “using up” my family’s money and that somewhere in the near future we would run out of it.

But, as you may imagine, things didn’t quite go as planned. As I grew up and started to earn a salary of my own, I began to truly understand just how expensive life really is — especially Jewish life. For the relatively observant like I was (and still am, sorta), there are two sets of dishes and kosher meat to buy, Shabbat meals to plan and fund, High Holiday clothes to purchase. There are synagogue dues to pay, friends-of-friends’ charities to donate to, and endless bar mitzvah and wedding checks to write. And on top of this, there’s the keeping-up-with-Goldbergs aspect of Jewish life, in which there’s unspoken pressure to have the nicest house, the fanciest clothes, and to send our kids to the swankiest private schools — or Hebrew school, at the very least — and pricey sleepaway camps with Zionist agendas.

When I was 20-something, I’d shop for new clothes every season or so, but would rarely buy myself anything that wasn’t something I absolutely needed or loved. I’d feel guilty over every $50 purchase, with no rationale behind it whatsoever. I’d go out with friends and happily spend money on drinks or dinner, but get home and worry if I spent too much. I guess you could say I was the stereotypical “stingy Jew,” spending way less money that I could have, but I was also the typical “anxious Jew,” riddled with irrational thoughts about “what if” situations.

This unhealthy attitude continued for years — until I recently decided I couldn’t take it anymore. I’m now married and mom to a 1-year-old, and I was tired of feeling guilty every time I treated myself to a manicure or an unnecessary purchase — with money I had earned myself, mind you. I was tired of being concerned that people were judging my house (and me) because it doesn’t have a separate playroom or a kitchen with an island. I was tired of spending my nights Googling things like “How much does the average American make a year?” or “How much does the average millennial have in savings?” in order to make myself feel better about my own bank account.

I needed to stop crying on the reg and worrying about what may or may not happen in the future. I was driving myself crazy with how we were going to pay for my kid’s hypothetical afterschool activities in five years’ time, his bar mitzvah in 12 and his college education in 17. I needed perspective — and therapy. Pronto.

Barely 20 minutes into my first session about four months ago, I got what I was looking for: the diagnosis of Generalized Anxiety Disorder, which is essentially constant and extreme worry about everyday things. This was a much-needed confirmation that my fears — financial and otherwise — were totally arbitrary and not based in reality.

I’ve tried to explain to my therapist that yes, my husband and I save the 20 percent of our incomes each month that money experts recommend. And that, thanks primarily to my stingy spending habits, we have amassed a healthy amount of savings for emergencies as well as big ticket items, like new cars and future bar mitzvahs and Disney vacations, which I know many Americans can’t afford. I also have parents and in-laws who could help if need be, and I feel lucky to have a nice cushion should my situation ever become dire.

But there’s something about the lifestyle to which I’ve been accustomed that makes me feel like all of that is never enough — my house isn’t big enough, my husband not finance-y enough, my clothes not designer-y enough, my vacation not five-star enough. It messes with my head, and in my own personal case, it consumes my thoughts daily. Literally every day.

Is this nature or nurture? Is it my inherited anxiety that’s been filling my brain with these thoughts, or is it the Jewish American privilege that has gradually done the damage over time, starting from when I was barely 6 years old?

I think it’s a little bit of both, but I know it’s finally time for me to get over this — for the sake of my family, yes, but mostly for my sanity and well-being. These days I’m making more of a conscious effort to not compare myself to others, both materialistically and otherwise, and not stress about hypothetical situations that may or may not happen down the road.

And I’ll be honest, I thought therapy was all I needed to change my mindset, but it’s not as if I’ve been instantly transformed. I’m succumbing to the idea that medication might be necessary, too, but of course I’m anxious about taking meds, because what will I do with all my free time as a working mom if I’m not worrying about something?

I’m optimistic, however, I’ll find some peace someday soon. For now, I’m still not spending as much money as I can, mathematically speaking, but I’m confident I’ll get there one day. Perhaps I’ll start by buying some tickets to the circus, where I’ll buy my son whichever souvenir he wants.