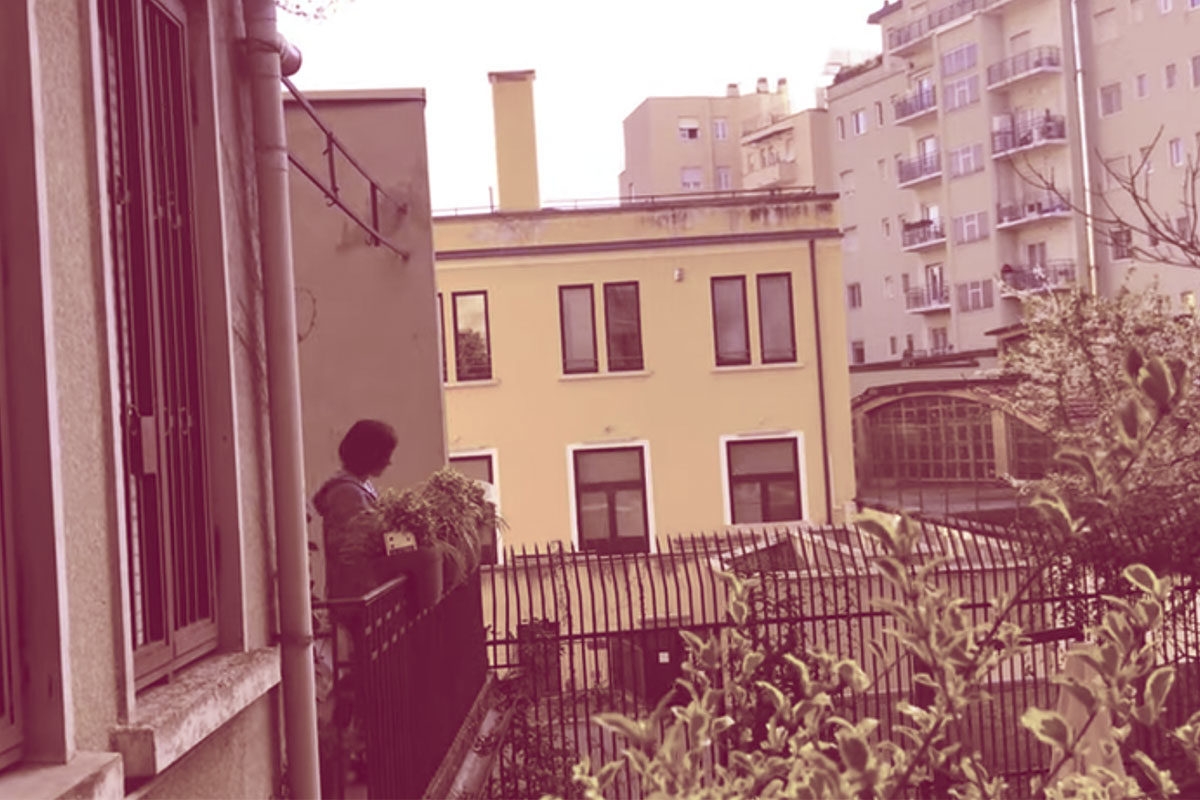 As more schools and businesses close throughout the U.S. and across the globe due to the spread of coronavirus, a Jewish family in Milan has released a moving video that gives an inside look at what life is like in a city on lockdown.

David Moreno, 17, a student at a film high school, has produced a lovely, five-minute documentary on the new reality he shares with his sister, Emily (who is “turning 16 next week”); his mom, Elyse Resnick, a teacher; and his stepfather, Roberto Andreoni, a composer. Schools closed in Milan the last week of February, and since then, the family has been inside their apartment together — all day, every day.

“I’m inside all the time — I can’t go out with friends, I can’t go out to eat, go to the movies, go to school,” David explains in the film, which features interviews with his family members interspersed with scenes of the eerily quiet streets of Italy’s economic capital. Italy has more than 15,000 confirmed cases of coronavirus — the largest outbreak outside of China, where the virus originated — and on Monday, the government restricted movement for all of the country’s citizens, followed by a mandated closure of most businesses on Wednesday.

As Italy was one of the first countries to take such extreme measures, David said that many friends and family in the U.S. (where his family lived prior to moving abroad five years ago) were asking what their new reality was like.

“As a family, we thought it would be great to have something visual to show people,” he tells Kveller via email. “And I have plenty of time so I figured, might as well. But this really was a family project and we all helped make this film; if you think living together 24/7 is hard, try making a film together on top of that!”

It’s been tough not being able to go outside and do sports, David says, but there have been a few upsides to the shutdown, including not having to wake up early for school, and only having one or two hours of online classes each day — which gives him time to work on videos to upload to his YouTube channel.  “I have a lot more free time on my hands,” he says.

In addition, the family has found comfort in one weekly ritual: celebrating Shabbat. “Even though we live in Italy (and people assume that we drink wine with every meal!), we only open a bottle of wine on Friday night to celebrate Shabbat,” David’s mom, Elyse, tells Kveller via email. “We try to make it special each week, and now, more than ever, when one day blends into the next, without the normal punctuations that everyday life brings, we truly need something special to celebrate. The idea of ‘welcoming Shabbat’ has never felt so literal!”

As many American cities inch closer to an Italian-style shutdown, David offers this advice to families facing some long weeks ahead: “Take it seriously,” he says. “If the schools close, that means that your safest place is at home.”