After Poway Synagogue Shooting, Why Do We Feel So Numb? – Kveller
Skip to Content Skip to Footer

After Poway Synagogue Shooting, Why Do We Feel So Numb? 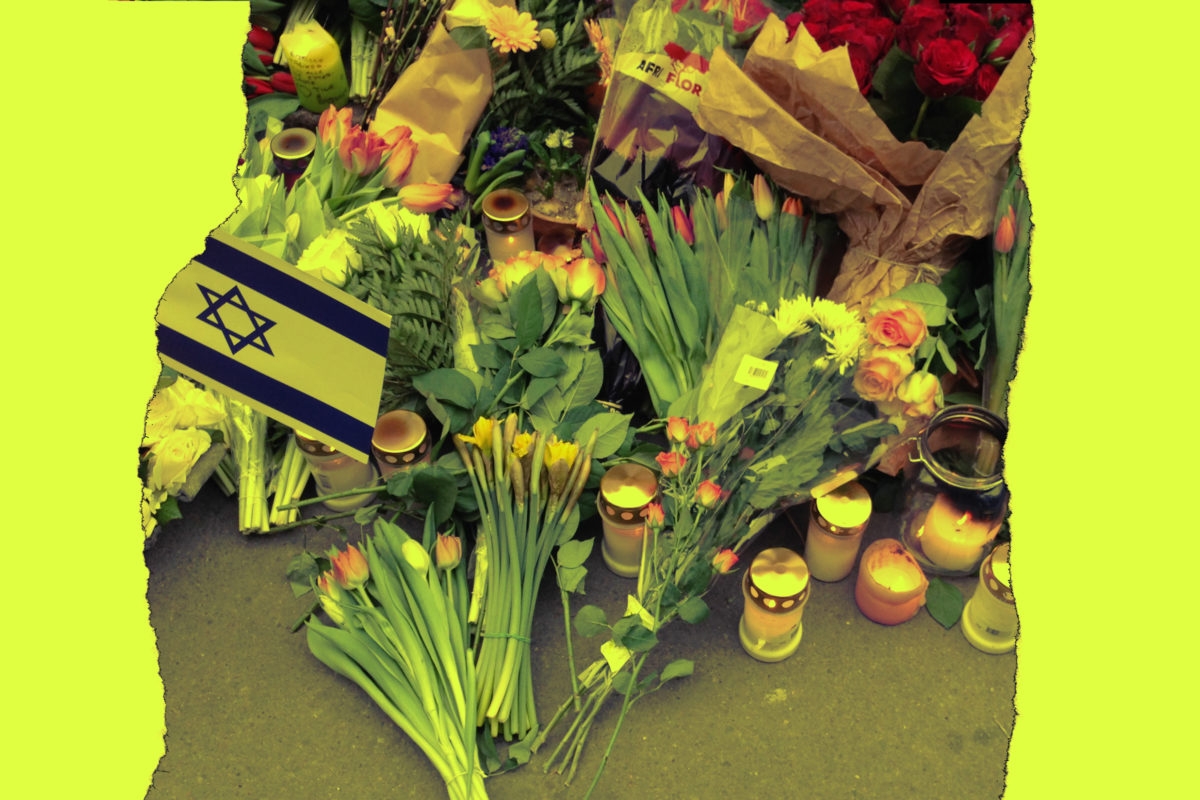 Are you feeling number after the Poway synagogue shooting? Well, I am, too.

For so many Jews across the U.S. who did not have a personal connection to the congregation, Poway feels different from Pittsburgh. Not any less tragic, of course, but less shocking.

The day after the shooting in Pittsburgh’s Tree of Life Synagogue, I was furiously immersed in that tragedy. I walked the streets of my neighborhood with my son and husband, hazy with anger and grief. I told everyone that I saw why I had shadows under my eyes (this time, it wasn’t the baby!). I told them about the victims, the shooting, I explained the minutiae of it all. I canceled my son’s first Halloween, refusing to do anything celebratory.

But the day after the Chabad of Poway shooting? I barely mentioned the attack that took the life of one woman and injured three more, including an 8-year-old girl. I took my son to two birthday parties. At the first, I watched an adorable baby smash a cake, chuckling softly at the surprisingly relaxed and methodical way he was grabbing small pieces of icing. I ran after my own crawling baby, who managed to pull an entire table down and baptize himself in sour beer.

It’s not that I wasn’t sad — I was. I was thinking about Poway, but through a film of numbness. The truth was, I was upset at myself for what seemed like apathy, but as I examined my feelings, I realized they weren’t entirely surprising.

Pittsburgh was a historic event — quite literally. It was the deadliest attack on Jews in the U.S. It was the first mass shooting that explicitly and intentionally targeted Jews. And now, the shooting at Poway, despite being “just” the second one, already felt too familiar.

And that really, really sucks. Where is the anger? Where is the intensity of emotion that swept the Jewish community like a tsunami after Pittsburgh? Why are we fighting about politics instead of grieving? Why are we suddenly so desensitized?

That apathy seems to resonate with other moms I know.  When I posted about this in Kveller moms Facebook group, I saw moms feeling the same way: disturbed by this sense of numbness, which we didn’t feel after Pittsburgh. After Pittsburgh, even though those of us in the U.S. have grown dangerously familiar with mass shootings, an attack at a synagogue felt unspeakably awful.

What a difference six months make. Looking at Twitter, I saw that echoes of the same theme:

poway// the jewish community is so small that ofc I already know of someone who knew the woman who was killed. and still I feel p numb

If I have to be honest, having grown up in Israel, I’m familiar with the feeling of getting inured to terror. It has been nestled in me for almost two decades.

I grew up during the second intifada, when buses blew up and coffee shops exploded. News reports showed bloody scenes with red tape, crying men and women on ambulances. And yet, somehow, we kept living. I was just a child back then, barely a teenager, but I didn’t get swept away by the feeling of despair, and neither did my family.

Even the security measures — familiar in Israel, and instated in the U.S. in the wake of school shootings and synagogue attacks — are things one can get used to. Metal detectors, armed guards, and police barriers become such a given that they are no longer heartbreaking. In fact, they become so normal as to be rendered nearly invisible.

Growing up in Israel, I became so familiar with the security guards checking my belongings at the entrance of every shopping mall and public complex that, when I came to the U.S. for the first time, walking into a mall unstopped by someone asking me to check my “bag, please” (the phrase “open your bag please” became so common that it was always abbreviated to just two words) felt somewhat terrifying.

The truth is, the human mind is remarkable, and it can get used to this kind of trauma. As any anxious mom knows — and we’ve all been there! — It’s impossible for us to retain a constant feeling of distress and continue on with our lives. And so, yes, it’s natural that our reaction as these shootings keep happening (though, yes, we hope and pray that this is the last one), can get less intense.

There’s some good here too, though, though it’s a perverted type of good. Since Pittsburgh, more has changed than our apathy. We’ve become better at keeping our Jewish houses of worship and spaces safer, which is precisely why Poway was less fatal than Pittsburgh. According to Poway’s mayor, preparations made the Pittsburgh shooting “contributed to saving lives” in the town.

There’s nothing wrong with feeling numb after Poway, in a way that you didn’t after Pittsburgh. It’s OK that your emotions just aren’t as intense. If you’re looking to feel something, read about the incredible Lori Gilbert-Kaye, who lost her life shielding her rabbi. You can watch Rabbi Yisroel Goldstein him eulogizing her, below, and his hands, which were shot, in bandages:

"Lori took the bullet for all of us. She died to protect all of us. … This is Lori, this is her legacy and her legacy will continue." — Rabbi Yisroel Goldstein remembers his friend and congregation member Lori who was killed in yesterday's shooting at Chabad Poway. pic.twitter.com/6A465NJdZv

In short, you don’t have to feel anything. But what you can do is remember that the forces behind these attacks are lethal, and that anti-Semitism, racism, and white supremacy are killing us in this country. You can rebuke these forces, and urge those around you to do the same. You don’t have to be consumed by grief or by anger to do that — you just have to take action.