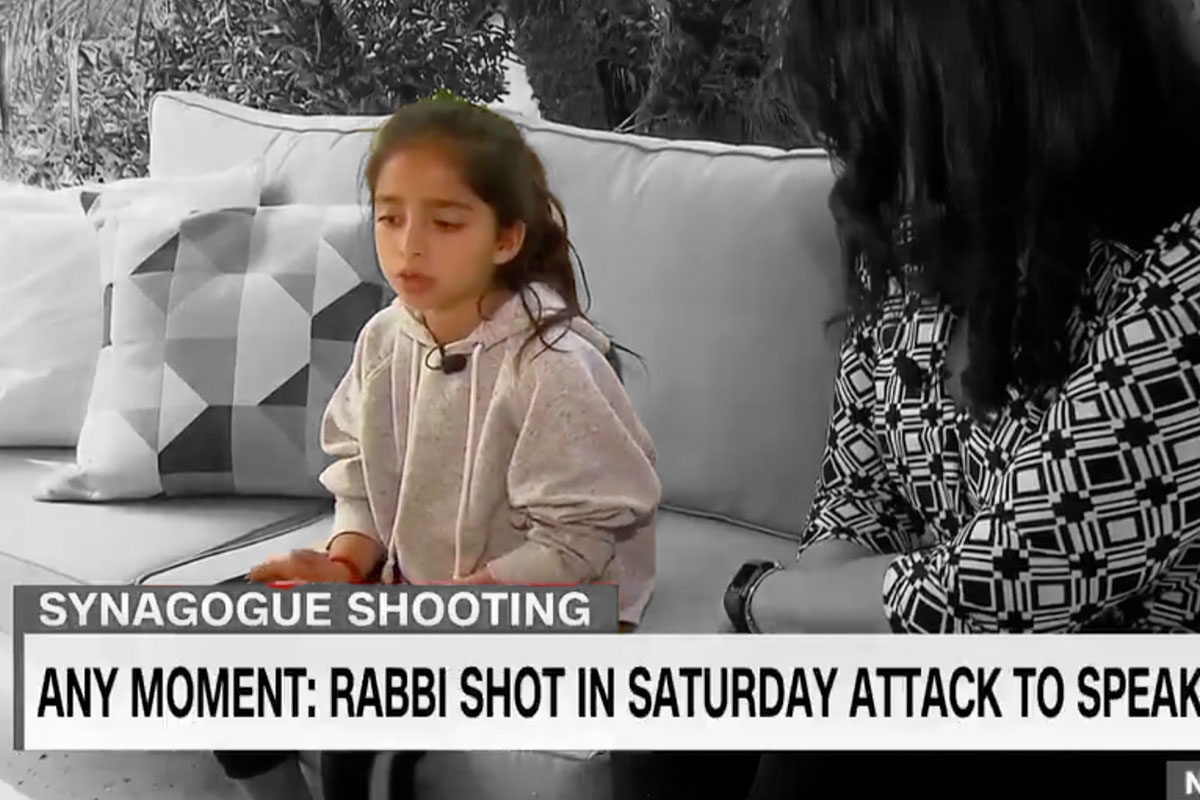 The news of the Poway Synagogue Shooting was terrible, horrifying, depressing, and, sadly, not surprising.

But do you know who is bringing me hope today? The 8-year-old girl who was shot, and survived. Her name is Noya Dayan, and she’s put on the bravest face to talk to journalists.

Right after the attack, images of Noya started popping up on social media. Why? Apparently, she wanted to spread the word that not only is she well, she’s incredibly strong.

Synagogue shooting:Lori Gilbert Kaye was killed taking bullets for Rabbi Goldstein to save his life. 19yr old stormed in, said ‘F*ck the Jews’ & opened fire. Others injured include 8yr old Noya Dahan. She asked for her picture to be shared & for everyone to know she is strong. pic.twitter.com/sopaI5Tq6z

Noya’s family moved to California from Sderot, a town in southern Israel. As JTA reported, they moved “to escape frequent rocket attacks from the Gaza Strip, including some which damaged their home.”

Since the shooting on Saturday, Noya has appeared on TV.

“We came home, and my mom was like you have to go to the hospital, so we went, and then they took me to the hospital,” she explained to an Israeli TV station.  When the newscaster asked her what happened, she said, “So we were in shul, like normal weekends, and the kids were playing, and then I don’t remember what I got from inside but I had to get something and then I heard someone shooting and I saw the Rabbi, he was like jumping crazy and getting hurt really bad.”

She also gave an interview to CNN, which you should watch:

“In the first place when it was gushing blood, I didn’t even feel it. And then after they wiped it and the blood was off it felt like I had the giantest bruise ever. It was just hurting bad.” – Noya Dayan, the 8 year-old Chabad Poway shooting survivor tells our @sarasidnerCNN pic.twitter.com/0AhgQzfXE4

As Sara Sidner, the CNN reporter who spoke to Noya, explained, “She is so wise. She talked about the fact that nobody she thinks should be doing anything like this to each other, that we are all the same. That we may pray to different gods. That we may have different thoughts. But that everyone is a human being. She said that over and over.”

“What struck me so much as I talked to her is that she was very clear in saying that she no longer felt safe and that she would probably spend her life always looking over her shoulder. That coming from an 8-year-old was really hard to take,” Sidner continued.

Our heart breaks for her, her family, and the Jewish community in Poway, California. But we are in awe of Noya’s strength.