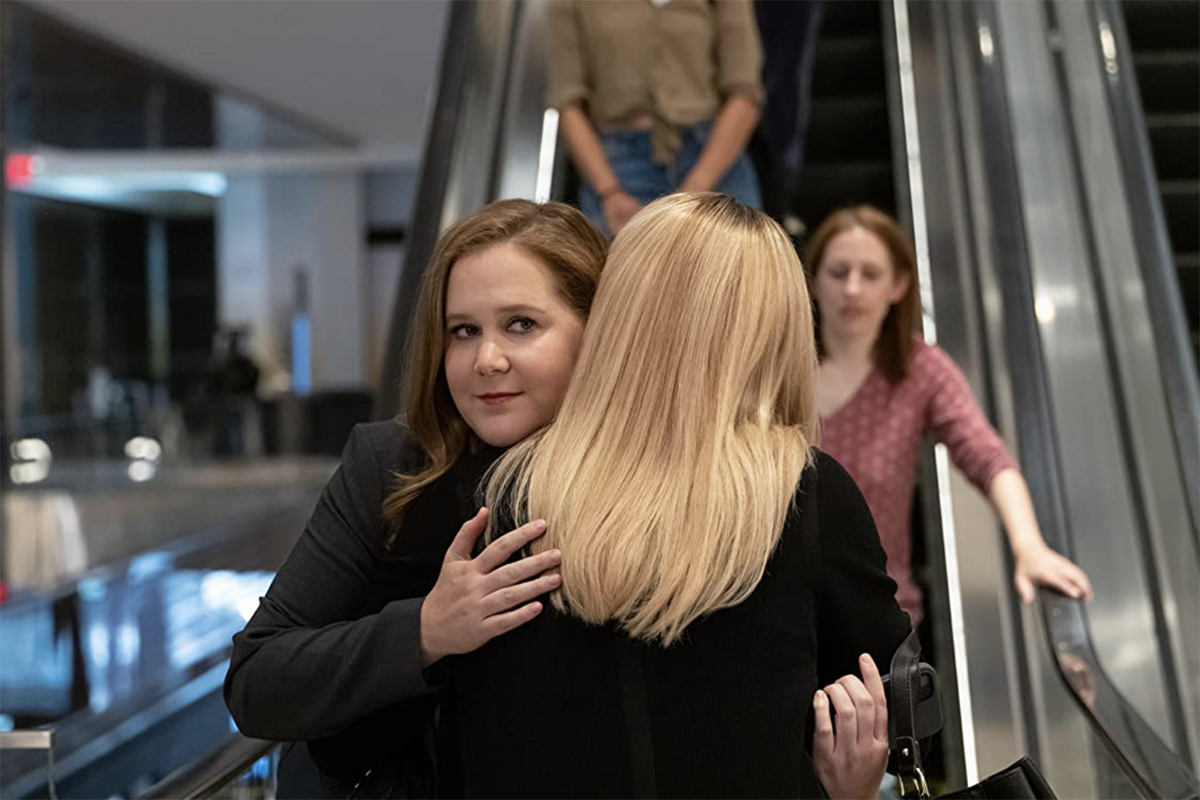 Amy Schumer‘s new series “Life & Beth” is a Jewish coming of age tale — for an adult crowd. The show, which premiered on Hulu this month, tells the story of Beth (Schumer), a 39-year-old wine salesperson in New York who is shaken out of her going-through-the-motions existence after the unexpected death of her Jewish mother.

Beth is spurred to make some real changes in her life; in a certain sense, not having the weight of her mother’s expectations and judgment frees her to figure out what it is that she really wants to do and how it compares to the life her mother wanted for her. As a result, in her own fumbling style, she finds a way to claim ownership of her happiness and her life.

If you’ve known Schumer mostly from her comedy, this show may be a bit of a surprise — while it does have its laugh-out-loud moments, it also has moments that are absolutely heart-wrenchingly painful, especially as it explores Beth’s traumatic childhood, including her father’s bankruptcy and her parents’ divorce.

The events in the show are all based on Schumer’s own life, and this show isn’t the first time the comedian and actress has leaned into exploring the more painful parts of her past. Her HBO Max documentary, “Expecting Amy,” chronicled her incredibly difficult pregnancy journey and remains one of the most viscerally real shows about pregnancy I’ve ever seen.

“Life & Beth” leans into all life’s painful nooks in the same visceral way, but it also leans into Beth’s — and in some sense, Schumer’s — Jewishness in an intensely familiar way. Beth’s Jewish identity is a constant presence, even if she doesn’t have an active spiritual or even cultural Jewish life. We see flashbacks to her bat mitzvah, where she proudly recites a prayer from the bimah, stumbling a little on the Hebrew but still smiling. We also hear her talk about being bullied at school for her Jewishness.

The bullying recollection is based on Schumer’s own experience growing up in Long Island. “I had a good high school experience and everything, but my town had major anti-Semitism,” she once said.

Beth’s mom has a Jewish funeral at the family’s Long Island synagogue — the funeral director is played by Hank Azaria, and the rabbi, who wants to be a viral star, is played by Schumer’s longtime friend Dave Attell, after whom she named her son. Yet the girls don’t sit shiva for her. When discussing Jewish funereal rituals with Shlomo, a Jewish character played by Gary Gulman — a comedian who often discusses his Judaism — she later tells him her mom “converted to Judaism, like, for my dad. So I don’t think she’d really be a candidate for all that.”

Beth’s Jewish identity is complex — but she also isn’t anything but Jewish, raised by two Jewish parents who deeply shaped her, and who chose to let her embrace that Jewish identity.

Beth’s Jewish dad, Leonard, is played by actor Michael Rappaport. Leonard is allusive, unreliable – Beth literally does not know where he’s been when we see her in the present, and in her childhood, you see him feeding his young daughters food samples because he can not afford the food court. Yet, he’s also a total charmer, and the one who made Beth the salesperson that she is, whether she likes it or not.

Yet it’s Beth’s mom who is the focal point of this show — the flashbacks interwoven into Beth’s present day life deal with Beth’s estranged childhood best friend, and as the show wraps up, we see how Jane is deeply interwoven into that storyline and the painful role she had in breaking up that friendship.

We get only one glance of Beth’s mom, Jane (Laura Benanti), in her adult life, but it is all you really need to establish their connection. The two meet up to shop for clothes, where Jane lobs microaggressions at the saleswoman while oversharing about her daughter. She cuts Beth deeply about every aspect of her life — from her relationship (she tells Beth that if she and her boyfriend break up, “she will be there for him”) to her job. But she does make an astute observation still, however misguided: “You are unhappy in your life,” she tells Beth.

After Jane’s death, Beth breaks up with her boyfriend, reconsiders her career and returns to Long Island. She even finds love with John, a farmhand played by Michael Cera, a stand-in for Schumer’s husband, Chris Fischer.

The ultimate lesson of “Life & Beth” is that we’ll always be shaped by our parents, and that we’ll eventually need to realize their flaws and humanity while embracing the things that we love about them. It’s a deeply uncomfortable feeling, but at the end of the day, for Beth, liberating.

“Our mom, Jane Jones, she could be ornery and mean in a way that women aren’t supposed to be,” Beth says in one of the show’s final scenes, an impromptu funeral service for her mom. Yet, she says, “she was funny, and she was beautiful, so beautiful. And she made our meals and put our band-aids on and picked us up from practice and we had fun. We had a lot of fun. Too much fun, probably.”

Strangely, it’s through working out that relationship with her mom after she’s gone that Beth learns to find a way to do more than survive — but rather, to finally and fully live in the present.