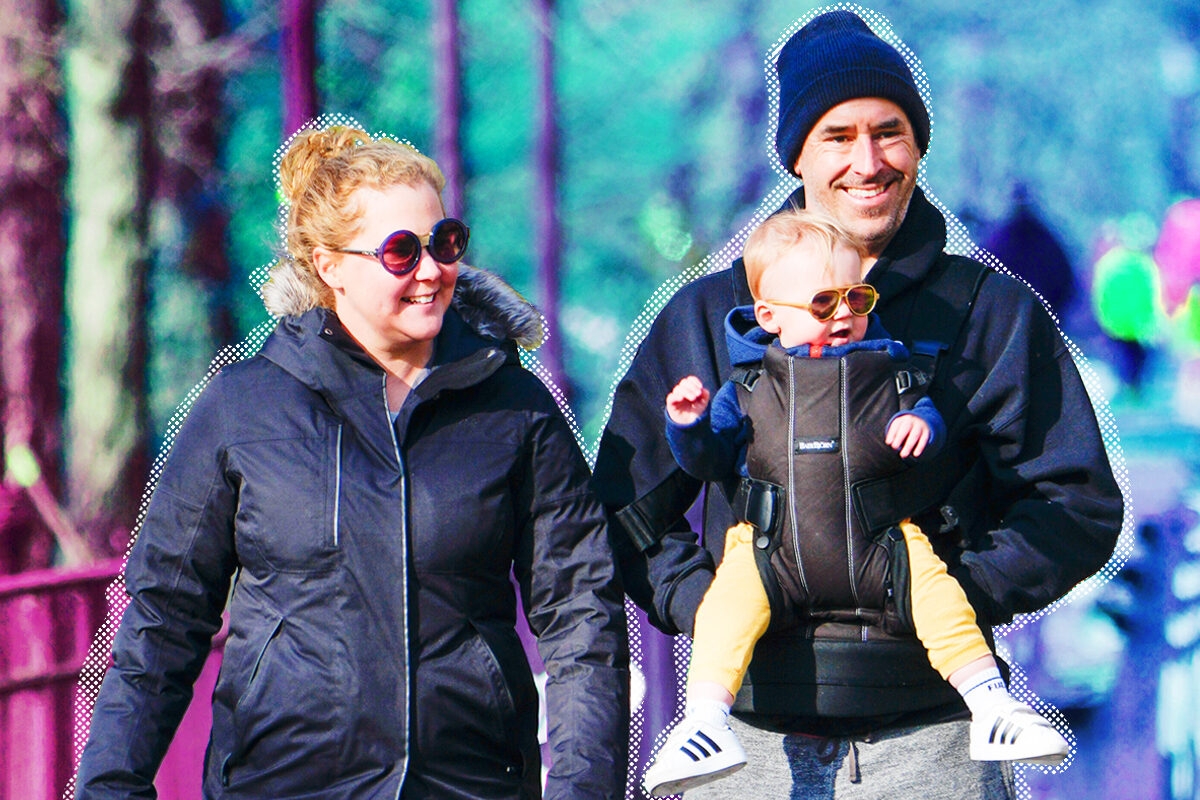 When Amy Schumer named her son Gene Attell, I kvelled, and kvelled hard. After all, naming your son after two amazing Jewish comics — Gene Wilder (Schumer has never confirmed this part, but she was a fan) and Dave Attell, Schumer’s frequent collaborator and fellow synagogue congregant — is both an incredibly lovely tribute and a very Jewish thing to do.

But then, in the wake of my excitement on social media, the comments came flooding in, chiding me for celebrating a famous person who essentially named her offspring “genital fissure.”

At first, I didn’t get it: Genital fissure?! What? But after I repeated the name to myself again and again, and it was unmistakable: Gene Attell Fischer (Fischer is Schumer’s spouse’s last name) does sound an awful lot like genital fissure. But as someone who had recently given birth, I had no doubt that this was a very, very unfortunate mistake. I remembered the rush to choose and fill in my own son’s name in official paperwork — amidst all the the hormones, the haziness, the happiness — and thought, “a tragic naming blunder that totally could’ve happened to me, too.”

But many internet commenters disagreed with me, thinking Schumer — whose comedy is not exactly PG — did this on purpose. At the expense of her newborn son, though?! I couldn’t believe it. After all, Schumer has helped other mothers feel seen, by opening up about hyperemesis gravidarum and in vitro fertilization. She calls out trolls about autism. She also recently rushed to donate masks to Mt. Sinai Hospital in South Nassau. That Amy Schumer couldn’t possibly have called her son “genital” anything!

Well, readers, I’m happy to announce that my faith in Schumer was validated: Yes, she realized that Gene Attell sounds a lot like “genital,” but it was accidental. And now, Schumer and her hubby, chef Chris Fischer, have changed their 11-month-old’s name to Gene David.

He’s still named after Dave Attell, and he’s also honoring Schumer’s dad, Gordon Schumer, whose battle with MS Schumer has been open about and whose middle name is David. Another famous David? Why King David of course. Seriously, you could not find a more Jewish name!

“So do you guys know that Gene, our baby’s name, is officially changed?” She told her listeners. “It’s now Gene David Fischer. It was Gene Attell Fischer, but we realized that we, by accident, named our son ‘genital.’ Gene Attell sounds like genital,” she said.

She joked about it on Instagram later, posting a picture of her and her husband with the caption: “Oh, like you never named your kid Genital fissure!!!!!!!” And while we can honestly say we haven’t, we love Amy for keeping her sense of humor.

Congratulations to Gene David Fischer for his new, very beautiful and very Jewish name. May he enjoy it, and may he enjoy more amazing playdates with Benjamin Cohen, because these two adorable babies truly melt our hearts.

We had a virtual playdate on #WWHLAtHome last night! #Ben #Gene #Poppy