Andy Cohen and His Jewish Mom Are the Cutest 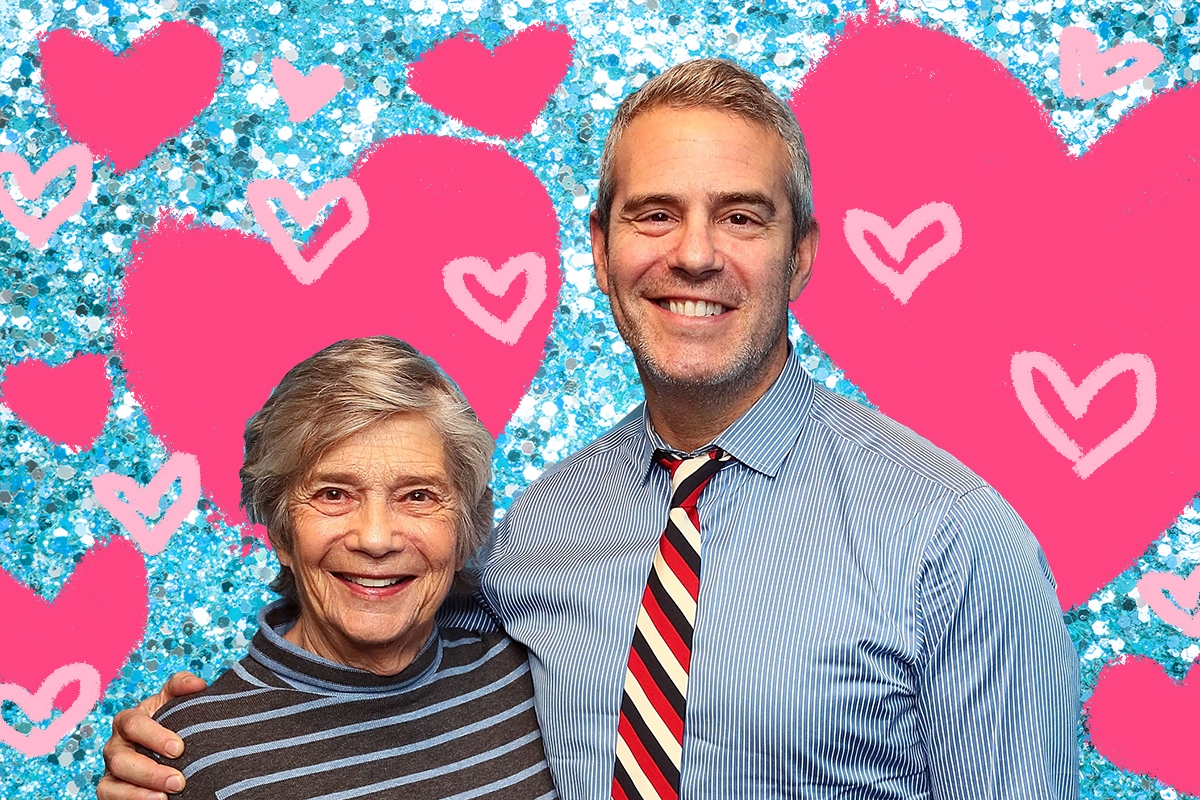 If there’s one thing to love about TV personality Andy Cohen, it’s his chutzpah — his ability to say exactly what he’s thinking, and to not be coy about it.

As it turns out, quite unsurprisingly, that trait is one he inherited from his Jewish mom, Evelyn Cohen. The talk show host and Jewish dad opened up in a recent and very adorable joint interview with the most important woman in his life, telling his mom, “I always love the way you always speak your mind.”

“What you say is almost Housewife-ian,” Cohen, who’s known for producing the “Real Housewives” series and hosting their iconic reunion shows, told his mom in the interview for People, which was part of their “Like Mother, Like Son” series.

Turns out, everything that people have come to love about Andy are things that he inherited from his mom — from his likability and ease with people to his lack of filter (“I feel most like my mom when I say shit that I shouldn’t,” he says, much to Evelyn’s consternation), and of course, his sense of humor.

“She has some hot takes, which I really appreciate — they make me laugh,” Andy revealed.

The interview is particularly delightful because you get to see how these two interact. They sit across from each other, with Andy wearing a button-down denim shirt that his mom thought was inappropriate for the interview (he later agrees with her, telling her that “I think that my clothing today was a miss”), and Evelyn sitting across from him, looking lovely and made up in a colorful sweater.

They laugh, they sass and needle each other (mostly Andy needles Evelyn), Evelyn rolls her eyes a lot, but all in all, it is quite clear these two adore one another.

Evelyn and her husband, Lou, raised Andy and his sister Emily in a Jewish household in St. Louis, Missouri, and while they still reside in the Midwestern city, they visit their son and grandson Ben in New York quite often.

“I just love to go out to dinner with him, go to a show… when you live in another city, just being with the person is the most satisfying,” Evelyn says in the interview.

Evelyn and Lou even guest star in quite a few episodes of their son’s show “Watch What Happens Live,” where they bartend, play games and where Evelyn honks a horn every time things get too R-rated — because one thing the two do not share is a love for profanity. Being on the show has made Evelyn her own kind of celebrity; she recalls once being spotted by a fan in Macy’s, who told her, “We love your son.” She responded, “Thank you, so do I!”

And that love is palpable. As Andy said in the interview, the most important thing his mother taught him about love is that “love is love, doesn’t matter who you love.”

In one particularly moving and candid moment, Evelyn opens up about Andy’s coming out:

“The time I was most proud of Andy was the time you came out of the closet,” she says, which Andy says was around 1989. She went on, “There weren’t many people out of the closet in our world in St. Louis… but then when you were on TV you became somewhat of a role model for people that were at home and were in the closet and were afraid to come out. So I was very proud.”

Back in 2013, Evelyn spoke about her worries surrounding Andy’s coming out on “Watch What Happens Live.”

“The day I found out Andy was gay, I was shocked,” Evelyn told viewers. “At that time, things were really bad… There weren’t any gay people that I knew. All I read about were the deaths in the New York Times of young men in their 20s dying from AIDS. I heard about the bathhouses. People were prejudiced and it was a terrible time. I thought, ‘I don’t know how we’re going to get through this.'”

But after talking to a friend, she got a different perspective. When she wondered what she was going to do, her friend replied, “What do you mean, what are you going to do? He was gay yesterday and he’s the same person today. You just know a little more about him.”

“I decided that I needed to meet some gay people and I also wanted to do something for Andy’s community because I wanted him to know how much I loved him,” Evelyn continued. “There was a new AIDs organization starting in St. Louis, and I got very involved with providing housing for people with HIV/AIDs. I met the most wonderful people and that’s how I dealt with it. I became involved.”

Andy’s favorite moment from his coming-out experience is a much lighter one, and one that definitely reveals that Evelyn is the queen of chutzpah. On the day he came out, he recalled his mother told him that she “probably wouldn’t have liked your wife anyway.” That quote is in his new quote book, “Glitter Every Day: 365 Quotes from Women I Love.”

Another mom quote that Andy loves is “things are never so bad that they couldn’t get worse,” which Evelyn says she got from her Jewish dad.

“It just puts everything into perspective,” he explains.

The two of course talk about what is definitely one of their favorite subjects: Andy’s 3-year-old son, Benjamin. Evelyn says that the qualities Ben has that remind her most of Andy are “his smile, his good humor and his ease with people.” Looking at these old photos of Andy next to Ben, you can definitely see that they’re cut from the same cloth.

“My dad is 88 and my mom is 84… I feel like this new grandchild is just like a total curveball for our whole family, and so he’s bringing us all up and making us all very happy,” Andy added.

But my favorite part comes when Andy is asked what the two most important things that Evelyn passed down to him that he wants to pass on to Ben. His response is simple and adorable: “Judaism and Snoopy.”

“I’d say they’re quite different,” Evelyn asserts, but Andy retorts, “They’re both very important.” As someone who recently bought a set of Snoopy-wearing-a-kippah earrings, I heartily concur.

May we all grow to be as close and as open with our children as these two are!