15 Reasons Why Andy Cohen Is Our Favorite Jewish Dad 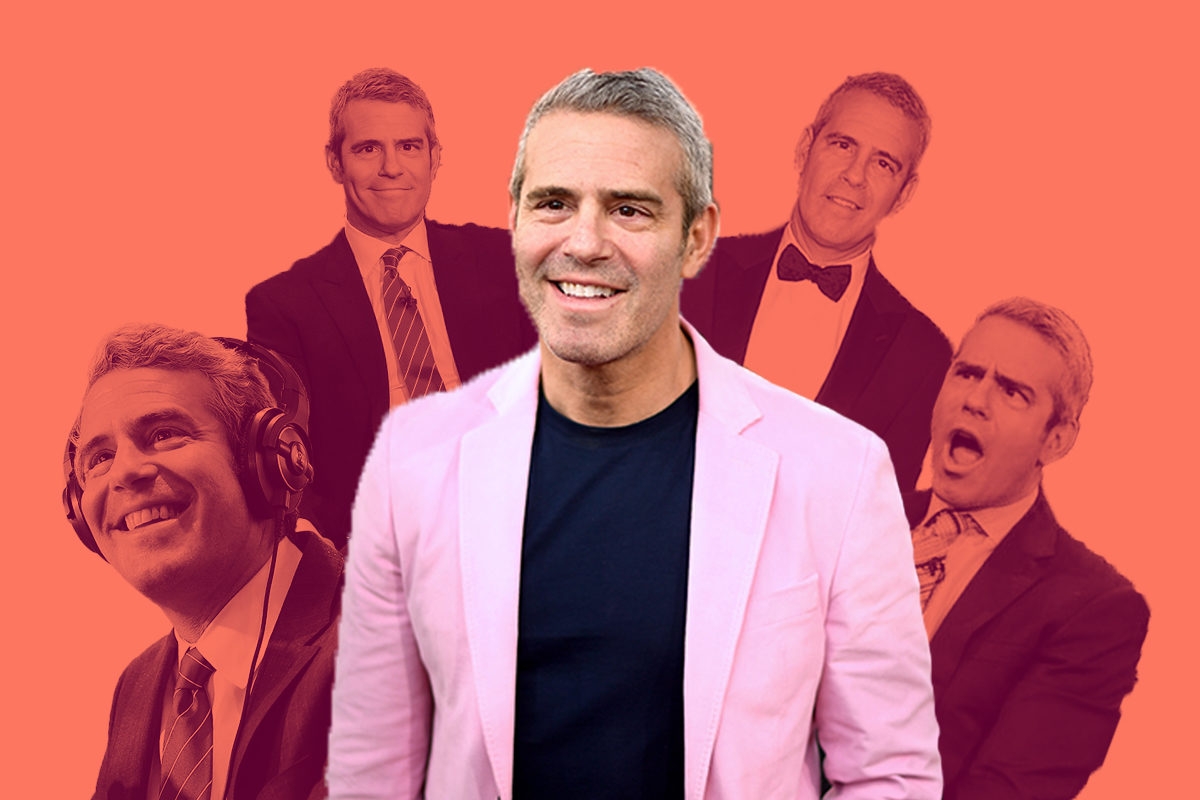 As you may know already, here at Kveller we have many favorite Jewish celebrity parents. But the man who’s been our MOST favorite lately? TV personality Andy Cohen, who welcomed son Benjamin in February 2019, after announcing he was expecting a child via surrogate at the end of 2018.

As Andy had predicted, beautiful baby Benjamin was born with a “nice Semitic head of hair.”

“You know, when I was growing up, I just never thought it would be possible, as a gay man, to grow up and have a family,” Andy said. Yet here he is, as a single dad! We couldn’t be happier for him. We thought we would give you everything you need to know about Andy — besides the fact he dresses Benjamin in the best outfits — and why we love him so much.

1. Andy was born in June 1968 in St. Louis, Missouri to Jewish parents Evelyn and Lou Cohen. Here’s his Dad and his son:

2. He attended summer camp in Wisconsin: Camp Nebagamon. Watch him read the dramatic letters he used to write to his parents, like how he threw up on the plane on his way there:

3. He moved to New York in his early 20s, beginning his career in television at CBS News. In 2004, he became vice president of original programming at Bravo.

4. He appeared on one episode of Sex and the City during season 6. Obviously we found the clip for you:

5.  In 2009, he began to host Watch What Happens Live — while still keeping his day job as Bravo’s VP — and became the first openly gay host of an American late-night talk show. (In 2011, he shifted to focus on hosting but he remained in his executive producer and program development roles.)

I give out a Mazel every night on my show. I wear it with pride.

7. He is outspoken about his gay and Jewish identities, and took his first trip to Israel in 2018 for Tel Aviv Pride.

8. After vandalism at a St. Louis Jewish cemetery in 2017, he spoke about his Jewish heritage. “This is extremely personal for me, because my great-grandparents and many other of my relatives are buried there in that cemetery,” he said, adding, “I don’t have to have a personal connection though to know that this is not who we are as Americans, and this certainly should not be where we’re heading.”

9. Andy has a lot of famous pals, including fellow Jewish parent Sarah Jessica Parker. Here’s a fun “BFF Test” administered by a “rabbi:”

10. And how could we forget his friendship with Anderson Cooper? The pair went on a national tour together, and have hosted CNN’s New Years Eve show in recent few years. Here’s “Uncle Anderson” with Benjamin:

11. And how could we forget the Real Housewives? They all got together to throw him a baby shower (and, um, John Mayer was there):

12. Andy has a dog named Wacha, who obviously has his own Instagram account. (He also destroyed Benjamin’s stuffed Torah toy.)

14.  “When I came out to my parents in 1988, my mom said she had to mourn the life that I wasn’t going to be able to have. And that life meant getting married and having kids,” Andy told People. “[At that time] people were dying of AIDS; [that’s] what was happening in the gay community. So all these years later, gay men are raising families and getting married. There were points where I thought that it was too late for me or that I was really focused on my career, and I was having too much fun to think about it. It was still there nagging at me in the back of my head.” And then, he turned 50, and decided it was time.

I got the best birthday present of all…♥️♥️