Everything About Andy Cohen’s New Baby Is Giving Me Feels 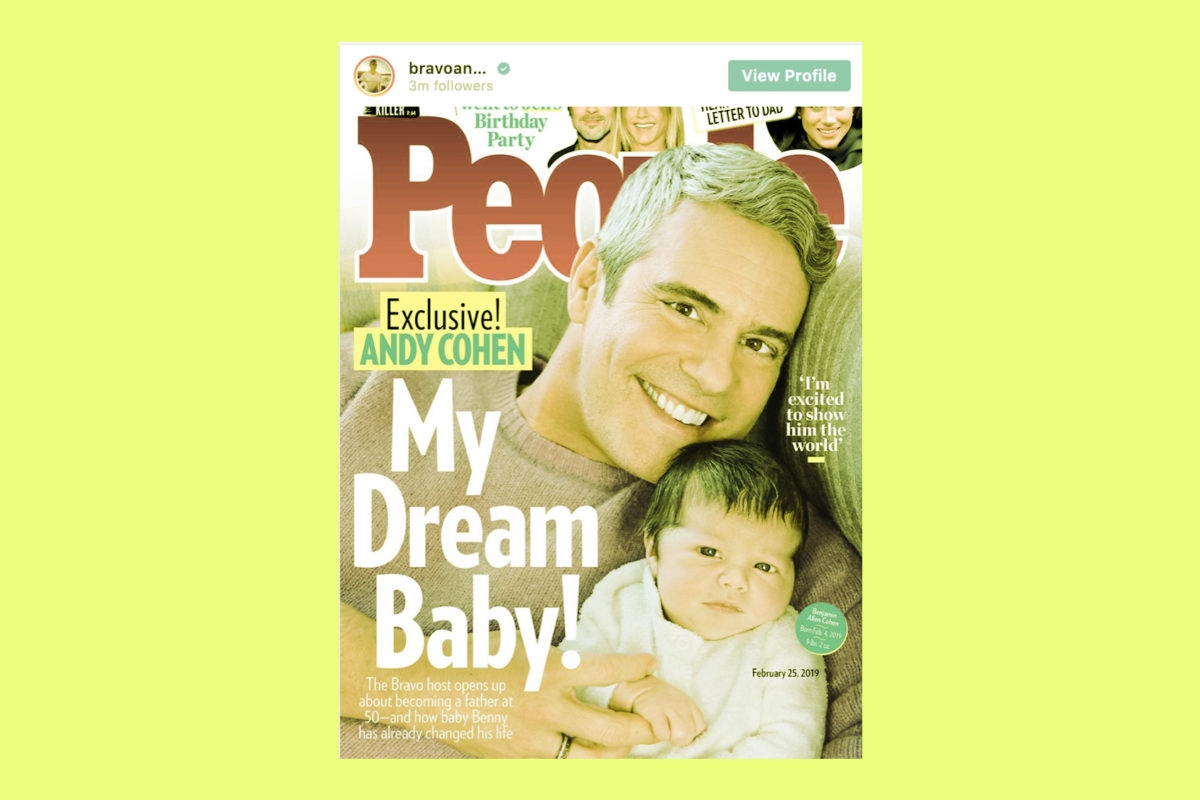 I don’t know what is with Andy Cohen’s baby but every time I read about his journey to fatherhood, I get so emotional. (Cue the Whitney Houston.)

In a People magazine cover story. the Bravo host, who recently became a father via surrogate, opens up about becoming a dad. He also shared THE most adorable first picture of his newborn, Benjamin Allen Cohen (ahh… what a  wonderfully Jewy name!)

I don’t know exactly what it is, but everything about Cohen’s baby is seriously adorable to me. Maybe it’s that “Semitic” head of hair (“I had been hoping that he would have a full head of hair, and he really overdelivered,” he told people). Maybe it’s the fact that Benny’s adorable eyes are staring intently at the camera. Maybe it’s that he has the cutest baby cheeks, maybe it’s how this baby seems so wise and chill — like my own newborn did — maybe it’s the Snoopy onesie (where can I get one?!).

This is my son!! I grew up reading @People cover to cover, at a time when being gay meant there was no way to have a family. Now I’m honored to be featured on the magazine’s cover. Thank you @mrjesscagle for sharing my story. Link in bio, and check out the issue on stands Friday

Or maybe it’s that, as someone who just had a baby — one who was really wanted and dreamed for — it fills me with joy to see someone who is equally passionate about becoming a parent get to experience this indescribable naches.

In addition to kvelling, Cohen used the People story to advocate for legalizing surrogacy in more states, so that other can experience the joy that he did. “Surrogacy is illegal in so many states, including New York,” he says. “I don’t understand why. It’s a voluntary process, obviously. My surrogate just viewed it as, she was giving me the ultimate gift. She gave me life. So I’ll be forever indebted to her.”

But my favorite part is when Cohen talks about getting to experience skin-to-skin after his baby was born — he was there for the delivery, and he cut the umbilical cord). It moved me to tears, remembering my own first experience of having my newborn lie on me: “He was so alert for the first two hours,” he says. “His eyes were wide open. He didn’t cry; he was just calm. I kind of have no words for it.”

Andy also recently posted a picture of his baby holding his finger on Instagram with the caption “Heaven…” Seriously. So many feelings.

Mazel tov, Andy. We’re just so happy for you.