Which borough has the best deli? How do you find the perfect synagogue in Brooklyn? Where are all the best Tot Shabbats? There's a dizzying array of Jewish resources in New York--we're here to break it down for you. 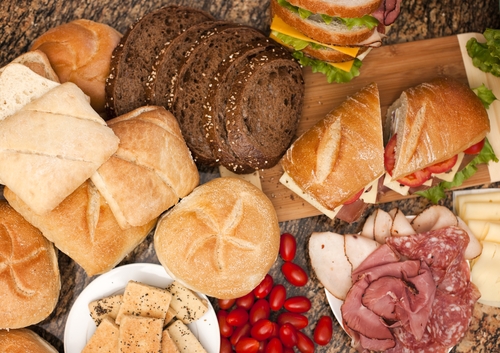 Few foods are more comforting than two slices of rye, smeared with coarse mustard, and topped with moist, rich deli meats. Add a side of matzah ball soup and a Dr. Brown’s cream soda and it’s like taking a bite out of New York’s rich Jewish history–which is as old as the city itself. So without further ado, here are our picks for the best kosher and kosher-style delis in New York:

1. Katz’s
205 E. Houston St., at Ludlow St.
(212) 254-2246
Katz’s is, perhaps, New York City’s most famous family-owned kosher-style deli. It’s where Harry met Sally (in the movie) and their pastrami is world famous. It tends to be a tourist trap and they have a complicated ticketing system to get in and out, but the pastrami is well worth it. Just remember, you may want to share.
Kosher: No

2. Jay & Lloyds
2718 Avenue U, Brooklyn, NY 11229
(718) 891-5298
This is the best deli when you have kids in tow. Located deep in Sheepshead Bay, Brooklyn, Jay and Lloyds’s boasts a full menu of kids’ meals that come in colorful cardboard school buses and are accompanied by a coloring page. The grown-up food is delicious, too, and comes with fat, rustic, homemade fries.
Kosher: Yes

4. Carnegie Deli
854 Seventh Ave., at 55th St.
(212) 757-2245
Sandwiches at this iconic New York fixture are unbelievably tall and juicy and come with the fattest, most addictive sour pickles your taste buds have ever experienced. But sandwiches are on the pricier side. Their most famous sandwich, “The Woody Allen,” literally an Eiffel tower of pastrami and corned beef, will set you back $24.99.
Kosher: No

5. Mendy’s
61 E 34th St, New York, NY 10016
(212) 576-1010
Conveniently located at Rockefeller Center and Grand Central Station, Mendy’s is a high-quality kosher deli for foodies on the go. Also, it’s the glattest of all koshers for more observant folks (and sadly one of the last remaining true kosher delis in New York).
Kosher: Yes