As Jews, We Should All Be Marching For Climate Justice – Kveller
Skip to Content Skip to Footer

As Jews, We Should All Be Marching For Climate Justice 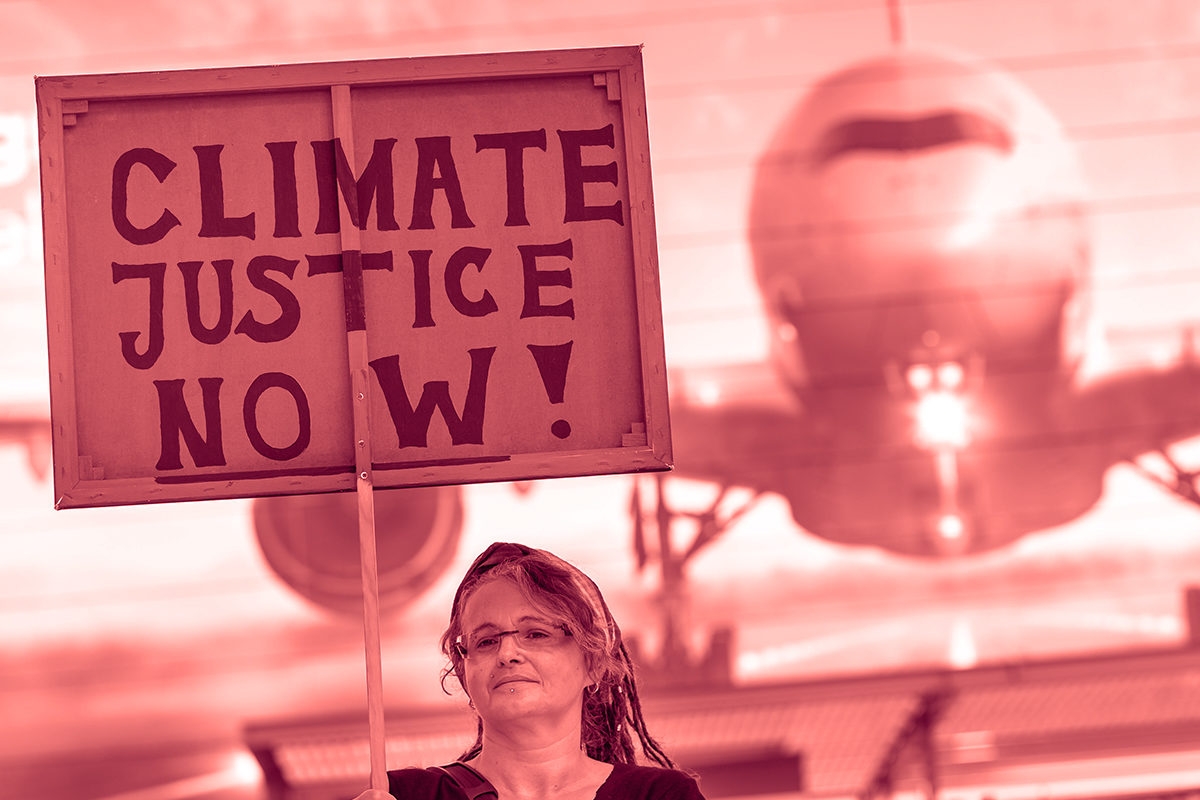 I was on a panel a few months ago, discussing the challenges of being a Jewish parent in 2019. We were asked to name something that we, as the Jewish community, don’t talk about enough.

My fellow panelist, Rabbi Danya Ruttenberg, gave an answer that shook me to my core: “Climate change,” she said. “Because if we don’t save our planet, truly nothing else matters.”

I don’t know why those particular sentences resonated with me so much. Maybe it is because it shocked me into facing the true gravity of the situation. Let’s face it: All of the care, education, worry, stress, support, and love that we pour into our children is worth absolutely bupkes if we no longer have a planet to live on.

And the situation is that dire.

All of us are (quite literally!) in this together: the righteous and the assholes; the climate activists and the climate-change deniers; the intellectuals and the fools; the politicians and the babies. Everyone and everything we know resides on this planet called Earth, and we are its caretakers. The Earth, in turn, cares for us.

Yes, I have a lot of personal skin in this game — I do have six kids, after all — but all of us do. In fact, this is the only game we have. And now it’s in danger of coming unhinged and broken, with weather systems awry, and the possibility of two-degree global temperature change hanging above us like a sword of Damocles.

So why aren’t we doing something about it?

In a sense, the answer to that depends on whom we’re speaking to. There are some — far too many, actually — who are in denial, and refuse to believe what the science tells us. To those people, I have nothing to say (because how can you debate a person who doesn’t believe in things like “facts” and “science?”).

But many of us, I’d wager, do believe what science (and, um, our senses) tell us. So why aren’t we doing something about it? We aren’t because our reactions range from apathetic (“Huh, that sucks”) to self-designated impotent (“I mean, what can I do about it?”).

It’s to these people I am speaking. And here’s what I have to say: Wake up.

Wake up, before our children and grandchildren will have a miserable existence on an unrecognizable, dying planet. Wake up to the impact of our driving, our plastic waste, our garbage. (In fact, you can take this quiz here to learn more about what your actions do to the planet.)

I’m not a “let’s compost!” kind of girl naturally, so all of this is new to me, but I am learning and hoping that I can change my own behavior and that of my family to be more mindful of waste: less disposable plastic in our lives, more consideration of the trail we leave behind.

So that’s why I advocate taking kids out of school tomorrow. Young people all over the world are leading a massive coordinated strike from school on Friday in order to protest government and business inaction on climate change. It is very likely to be one of the largest environmental protests in history. And the movement was galvanized by a remarkable young Swedish woman: 16-year-old Greta Thunberg, who refused to let people take comfort in their apathy.

The Global Climate Strike comes just before world leaders will gather at the United Nations for the Climate Action Summit on September 23 — a meeting in which countries are supposed to ramp up their commitments to curb greenhouse gases under the 2015 Paris climate agreement.

“If you can’t be in the strike, then, of course, you don’t have to,” Thunberg, who started school strikes on Fridays last year in order to demand more action from her government on climate change, told Teen Vogue. “But I think if there is one day you should join, this is the day.”

It’s purely coincidental that this big strike is happening so close to Rosh Hashanah. But I would argue that, as we prepare to celebrate the birthday of the world — and then, a few weeks later read the story of creation on Simchat Torah — it would be remiss to not actively do our part to care for the earth and protect it. We should do it for our own sakes, of course. But as parents, surely we are obligated to attempt to do something for our children’s sakes and futures.

What if we can actually save an entire world? Let’s be roused from our apathy by the voices and actions of children. Those of us who are parents put our hearts and souls into our children — let’s try to do the same for the planet they will inherit.