Barbra Streisand, We Are So Disappointed In You – Kveller
Skip to Content Skip to Footer

Barbra Streisand, We Are So Disappointed In You 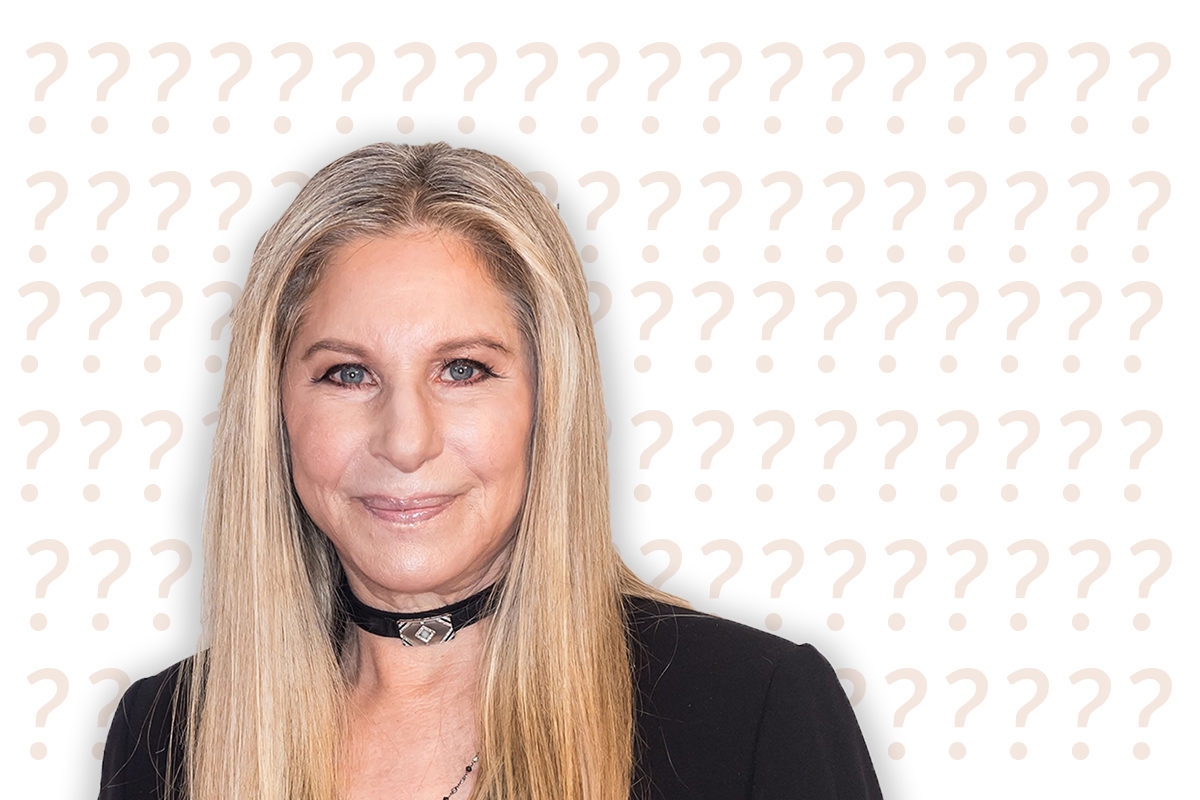 When I first saw the tweets, I didn’t want to believe it was true.

Incredibly, the details are even worse than the headlines.

Streisand, 76, gave an interview to The Times, a British publication, where she said, “His sexual needs were his sexual needs, coming from whatever childhood he has or whatever DNA he has. You can say ‘molested,’ but those children, as you heard say, they were thrilled to be there. They both married and they both have children, so it didn’t kill them.”

This is such a shocking, awful statement from such an icon — Streisand should know better. The allegations of abuse made by Wade Robson and James Safechuck in HBO’s Leaving Neverland documentary are disturbing, graphic, and honestly, it would be insane not to believe them.

As Wesley Morris writes in The New York Times, Leaving Neverland is “not a feat of investigative journalism so much as an act of bearing witness… It doesn’t try to make cultural or political sense of the allegations. It’s not a masterpiece saga about fame, race, gender, sexuality and the legal system… ‘Leaving Neverland’ is about one man’s possible contribution to the ruin of two families and the anguish that still disturbs them and, in some way, how that ruin and anguish should disturb us.”

In the interview, Babs did say she “absolutely” believed the allegations of abuse in Leaving Neverland. And yet, she was sympathetic to Jackson, and largely put the blame on his victims and their parents. (Plus, we must add: Jackson’s estate vehemently denies all allegations.) But how can you watch Leaving Neverland and not believe the victims?

“It’s a combination of feelings,” Streisand said. “I feel bad for the children. I feel bad for him. I blame, I guess, the parents, who would allow their children to sleep with him. Why would Michael need these little children dressed like him and in the shoes and the dancing and the hats?”

Leaving Neverland director Dan Reed tweeted a link to the coverage of Streisand, writing, “Is pedophilia tolerated in parts of the entertainment industry?” Reed also re-tweeted journalist Adam Serwer, who wrote, “This is just an unbelievably repulsive thing to say. Disgusting.”

But it wasn’t just Reed speaking out against Streisand — there was widespread outrage on social media after her comments became public.

usually I try to be like “who cares what a celebrity thinks!!!” and then Barbra Streisand goes and tests my patience

BARBRA WHAT ARE YOU DOING https://t.co/1Zy797kred

Can someone let Barbra Streisand know that children don’t have sexual needs.

“To be crystal clear, there is no situation or circumstance where it is OK for the innocence of children to be taken advantage of by anyone,” Streisand said in a statement posted on her website. “The stories these two young men shared were painful to hear, and I feel nothing but sympathy for them. The single most important role of being a parent is to protect their children. It’s clear that the parents of the two young men were also victimized and seduced by fame and fantasy.”

Yet, there is no way to really misinterpret what she said — which was, to recap, that the abuse didn’t kill them, they were thrilled to be there, and she feels bad for Jackson. Which no apology can really take back.

She also posted a different apology to social media, turning off the comments:

Unfortunately, this isn’t Streisand’s first problematic statement on sexual assault victims. In March 2018, Streisand said she was never the target of sexual harassment. Why? “I wasn’t like those pretty girls with those nice little noses,” she told the audience at PaleyFest. “Maybe that’s why. I have no idea.”

Babs, say it with us: Your appearance does not determine whether or not you get sexually assaulted. (We can’t believe we have to write that. Ugh, Barbra Streisand, why.)

Regarding Leaving Neverland, though Streisand apologized, people aren’t really accepting it. There are over 7,000 replies to her tweet.

“You admire the boys, but essentially said, they should sit back and enjoy it because it’s Michael Jackson. Bravo Babs for alienating a huge portion of your fan base. You will now have to carry this for the rest of your life,” one wrote.

Another said, “You said ‘it didn’t kill them’ but if you understood trauma you would know that a part of you dies after a traumatic event and it is a fight each and every day to find a way to see the light through all the darkness and sadly some people never see that light.”

And, “When someone shows you who they are, believe them the first time.”

Can we trust that this newly-minted grandma learned from her mistake? We can only hope so. Do better, Babs.