Biden's First Bagel Order as POTUS: Everything You Need to Know – Kveller
Skip to Content Skip to Footer 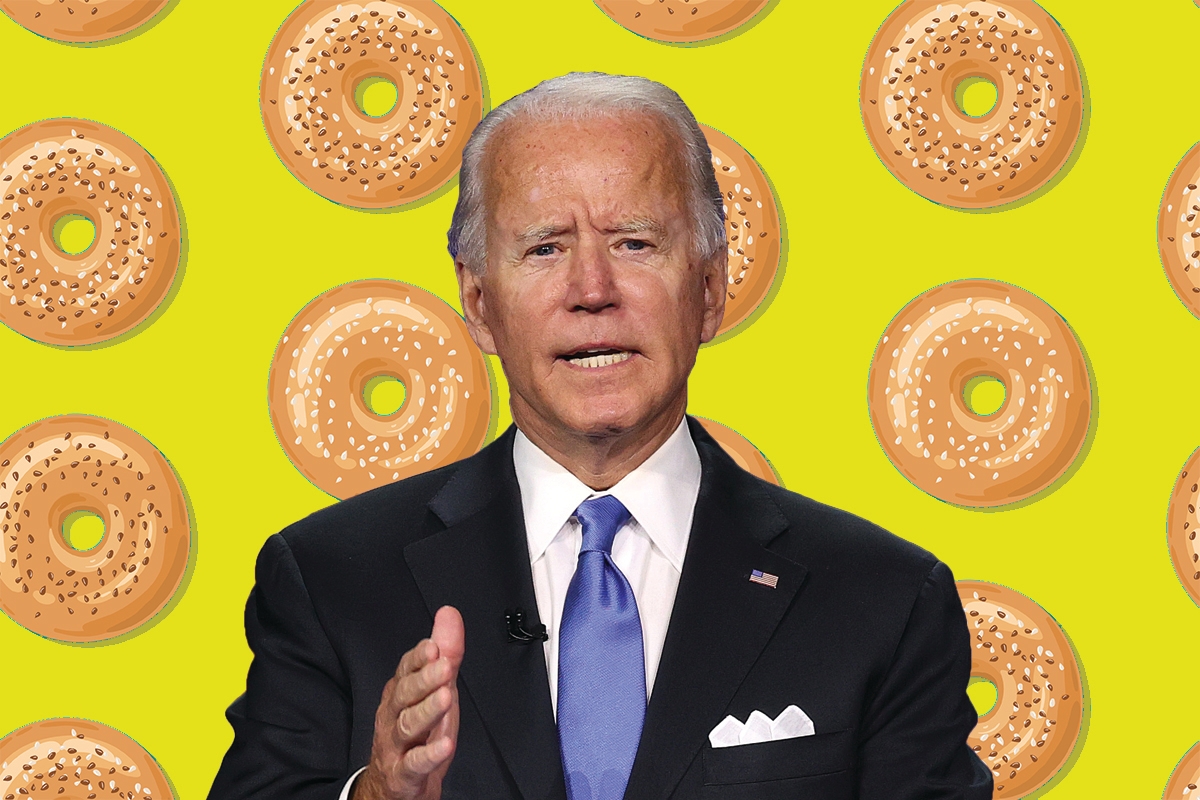 On Joe Biden‘s first weekend as President of the United States, he partook in a ritual that’s so important for many of us: the Sunday morning bagel.

Yes, on their way back from church (Biden is, of course, devoutly Catholic), the presidential motorcade stopped by Washington’s popular deli, Call Your Mother. (Alas, this eatery is not named after Kveller’s own podcast, but we have an affinity for the place for this very reason. Also, we just adore the lovely pink facade.)

What a GREAT Sunday surprise! 💗 Thrilled to have an admin again who will love all that DC has to offer — starting with sesame bagels!! Come back anytime @JoeBiden https://t.co/v7yrBrG9hC

There, Hunter Biden — whose wife, Melissa, and son, Beau, are Jewish — stopped to get bagels for the family. The order? Sesame bagels with cream cheese, toasted.

Now, some bagel purists would argue about the validity of the toasted bagel, and some Jews on Twitter made sure to remind us of that:

However, I think we can all agree that a sesame bagel with schmear is a solid bagel order that you really can’t go wrong with. I’ve had it from coffee carts and from New York fanciest bagel shops, and can personally confirm that a sesame bagel with cream cheese always hits the spot. (Though, if pressed, I do think Barack Obama’s favorite bagel, a poppy seed with schmear, with perhaps capers and lox, is superior.)

Call Your Mother is a self-described Jew-ish deli that has several locations around the city: on Capitol Hill, Park View, and in Georgetown. It is apparently co-owned by Biden’s Covid-19 czar, Jeff Zients, and many of the recipes come from his Jewish family. The two other co-owners are Zients’ pal from summer camp, Andrew Dana, and his fiance, Daniela Moreira — who both serve as the chefs.

As it happens, Moreira, who grew up in Argentina, learned how to bake challah and other Jewish staples from our colleague, Shannon Sarna’s cookbook Modern Jewish Baker. In addition to being a Kveller contributor and the co-host of our podcast, Call Your Mother, Sarna is the editor of our partner site, The Nosher.

Call Your Mother is hardly your classic Jewish deli, though its menu looks delicious. Some specialties include the Amar’e (named for basketball player Amar’e Stoudemire), a za’atar bagel with candied salmon cream cheese, crispy shallots, and pea shoot salad. There’s also the Greenberg: a pastrami, brisket, cheese, and sofrito sandwich served on their own challah rolls.

Now, it also has the honor of being the first of hopefully many restaurants that Biden visited as POTUS. You truly have to kvell!