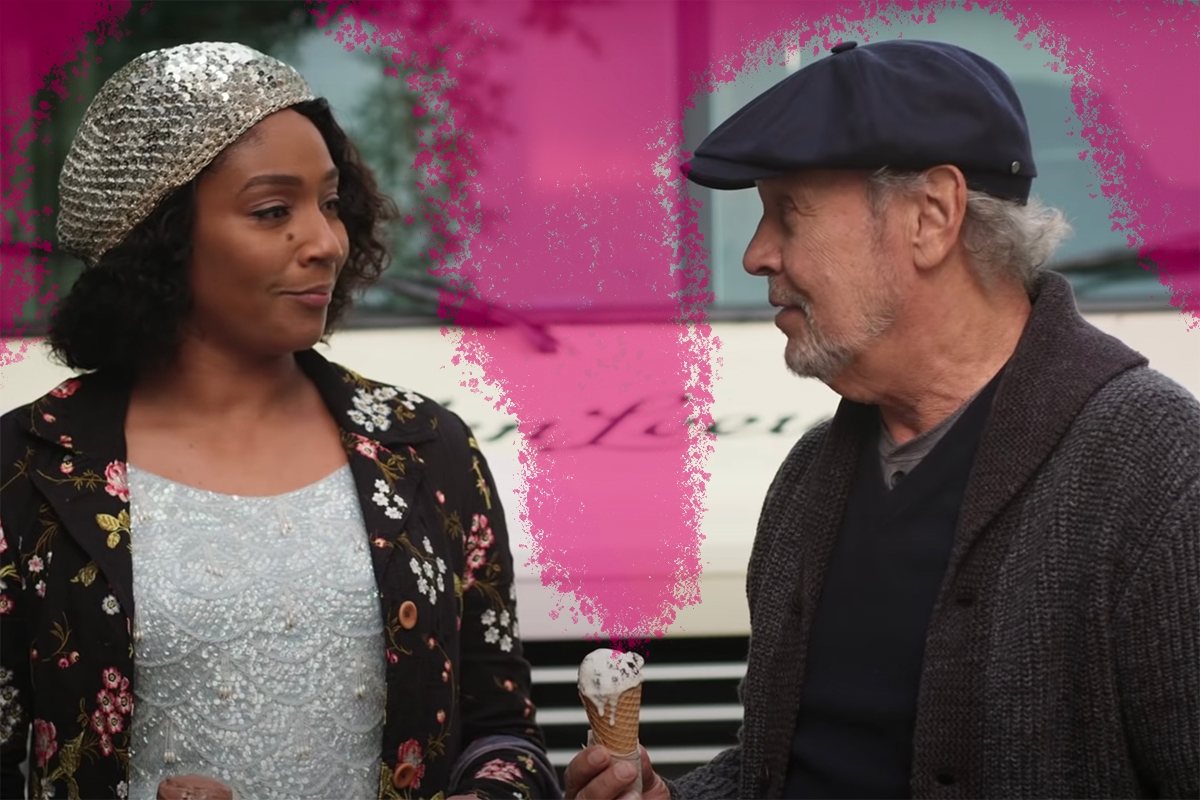 Two of our favorite Jewish comedians, Billy Crystal and Tiffany Haddish, are apparently BFFs. If that’s not kvell-worthy enough, the pair stars in a new, super-Jewish movie premiering next month! That’s right — we’ll get to enjoy their incredible chemistry and comedic chops in a full-length feature film.

Here Today is directed and produced by Crystal, and co-written by Crystal with veteran Jewish comedy writer Alan Zweibel. Crystal tantalizingly describes the film as a “romantic comedy without the romance.” It comes out May 7, and while I tried to curb my expectations when I heard of this almost too-good-to-be-true project, I have to admit that the first trailer looks very promising.

The movie, which was filmed in the pandemic-free days of 2019, stars Crystal as Charlie Berns, an aging comedy writer, who meets street singer Emma Payge (Haddish) after she buys a meal with him at a charity auction for a whopping $22. After an allergic reaction to shellfish (allergic to treyf? It doesn’t get more Jewish than that!) sends her to the hospital, Emma misleads medical staff into believing that Charlie is her father, and a special friendship blossoms.

The pair are shown traipsing around New York City, going to Madame Tussauds, bars, and even what appears to be a bat mitzvah (or possibly a Jewish wedding), in which Emma provides entertainment and the two dance the hora together (a throwback to Haddish’s days as a bar and bat mitzvah entertainer!).

The trailer features its fair share of delightful jokes and witty banter. But there are also some emotional, candid moments between the two characters. It honestly just looks like the funny, heartwarming movie we all so desperately need right now.

Apparently, working on the film was an incredible experience for the two actors — both on and off camera. “Throughout my career, I’ve been blessed with terrific partners in acting. Tiffany and I celebrated our differences and I’m a good counter puncher,” Crystal told People about working with Haddish. “When I act with her, I love to be able to react. That’s where I can be effective in giving her the space she needs to be who she is and maintaining my own.”

Over the course of their collaboration, the two grew so close that Haddish invited the veteran Jewish comedian — who grew up attending Hebrew school — to have a special role in her bat mitzvah in 2019. Haddish discovered her Jewish roots later in life, when she found out her father was an Eritrean Jewish refugee. She decided to celebrate her 40th birthday with a bat mitzvah, officiated by Rabbi Susan Silverman — yes, comedian Sarah Silverman’s sister — and, yes, she learned Hebrew for it!

At this unique ceremony, which took place the day that her comedy special, Black Mitzvah came out, Crystal performed an aliyah (read a segment from the torah), which Haddish says was definitely the high point of their friendship.

“He gave a little speech,” she said in an interview with Jimmy Kimmel. “He’s my everything, he’s taught me so much, he’s like my secondary rabbi. If I’ve got issues I take it to him… he has taught me some really valuable lessons and I wish I had known him earlier in my career.”

We can’t wait to see these two onscreen together!