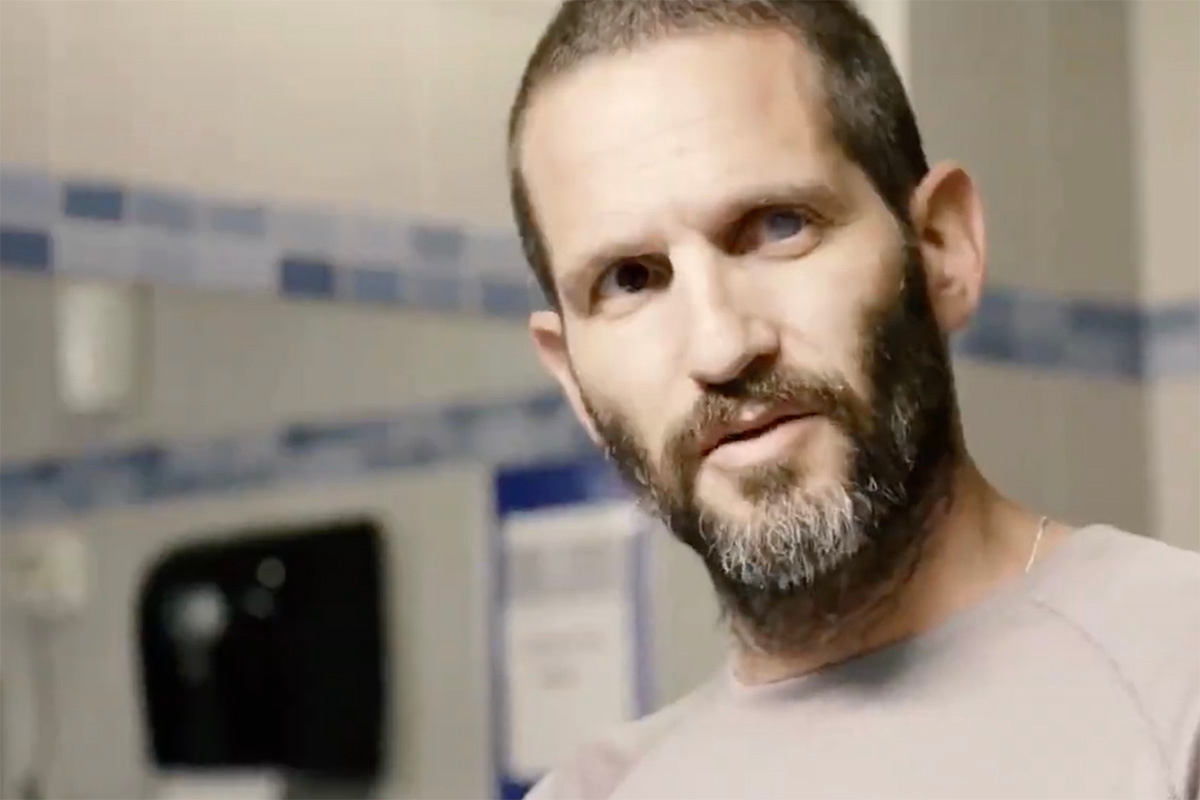 The newest Israeli addition to Netflix, “Black Space,” is a bit of an odd bird. It’s an Israeli TV show about a school shooting, something that feels like an almost uniquely American phenomenon. (As one of the teen characters says, “I’ve seen TV shows about this in America, but I didn’t think it could happen here.”)

But “Black Space” — which premieres May 27 and stars familiar faces like Yoav Rotman, whom you know as Hanina in “Shtisel”— is both a universal and a uniquely Israeli show. It offers commentary on the universal phenomenon of teen bullying and, to a lesser extent, specific observations about Israeli political and social dynamics.

The show, which has already been renewed for a second season by Israel’s Reshet 13, has some resonant details that remind me of another gripping Israeli program that you can already watch on Netflix: the documentary series “Shadow of Truth,” which explores the murder of teen Tair Rada, whose body was found in her school bathroom. While a school custodian, Roman Zdorov, a Ukranian immigrant, was found guilty of the murder, many claim that he was falsely convicted and that the guilty party was never arrested — and the documentary delves into these theories.

“Black Space” is about a similar story — a shooting takes place in an Israeli high school on Israel’s Memorial Day, Yom HaZikaron, during a school ceremony to honor the dead. All the students are wearing white as perpetrators enter the event, wearing unicorn masks, and start shooting. Because of the politically fraught moment, and because three Palestinian custodians are found hiding on the roof, police at first assume that it’s a terrorist attack and arrest the three. But for one dogged investigator, Rami Davidi — who graduated from the same school decades before — things just don’t add up.

As he and other investigators interrogate the students in the school, they discover complicated dynamics between the teens, as well as a clandestine social media app they use called Blackspace.

“Black Space” is one of several recent Israeli shows that explore teen psyches and teen-centered storylines, including some with successful American adaptations like HBO Max’s “Euphoria.” Like “Euphoria,” “Black Space” is dark and melodramatic, thirsty and twisted. But unlike “Euphoria,” “Black Space” is a thriller in which one gets closer and closer (or at least, believes they are getting closer and closer) to solving the crime with each suspenseful, progressing episode. In some ways, it’s reminiscent of another Netflix hit — the Spanish series “Elite,” a melodrama in which each season focuses on solving a different crime at a tony high school in Spain. (It’s a highly entertaining watch.)

The cast of “Black Space” is particularly charming. As mentioned above, Israeli TV fans will recognize some familiar faces — including Rotman, who is a bit hard to recognize without the Haredi garb you’re used to seeing him in in “Shtisel” (he does clean up nicely!), and Reut Alush, who plays investigator Dana in “Fauda.”

American audiences will be “introduced” to some new faces who are incredibly well-known to Israeli viewers — primarily, to the show’s star, Guri Alfi, who is a  veteran standup comedian who plays the main character, officer Davidi. It’s a rare dramatic role for the Israeli star, which he quite deftly holds.

There’s also the amazing Assi Cohen, who starred in the original Israeli version of  “In Treatment” (“BeTipul”) and many other great Israeli TV shows and movies. Here he plays a veteran cop who believes Davidi’s theories about the shooting but struggles with his unorthodox techniques. You’ll also meet a host of talented young actors who play the students at the school.

True, “Black Space” has its flaws; it sometimes leans too hard into the melodrama, especially when it comes to the teen narratives. It is admittedly very different from the Israeli shows you’re used to binging on Netflix, but it’s an entrancing and compelling pandemic binge that’s very much worth adding to your queue.