Dear Megyn Kelly: Sarah Silverman Is a Role Model for Kids, Expletives and All – Kveller
Skip to Content Skip to Footer

Dear Megyn Kelly: Sarah Silverman Is a Role Model for Kids, Expletives and All 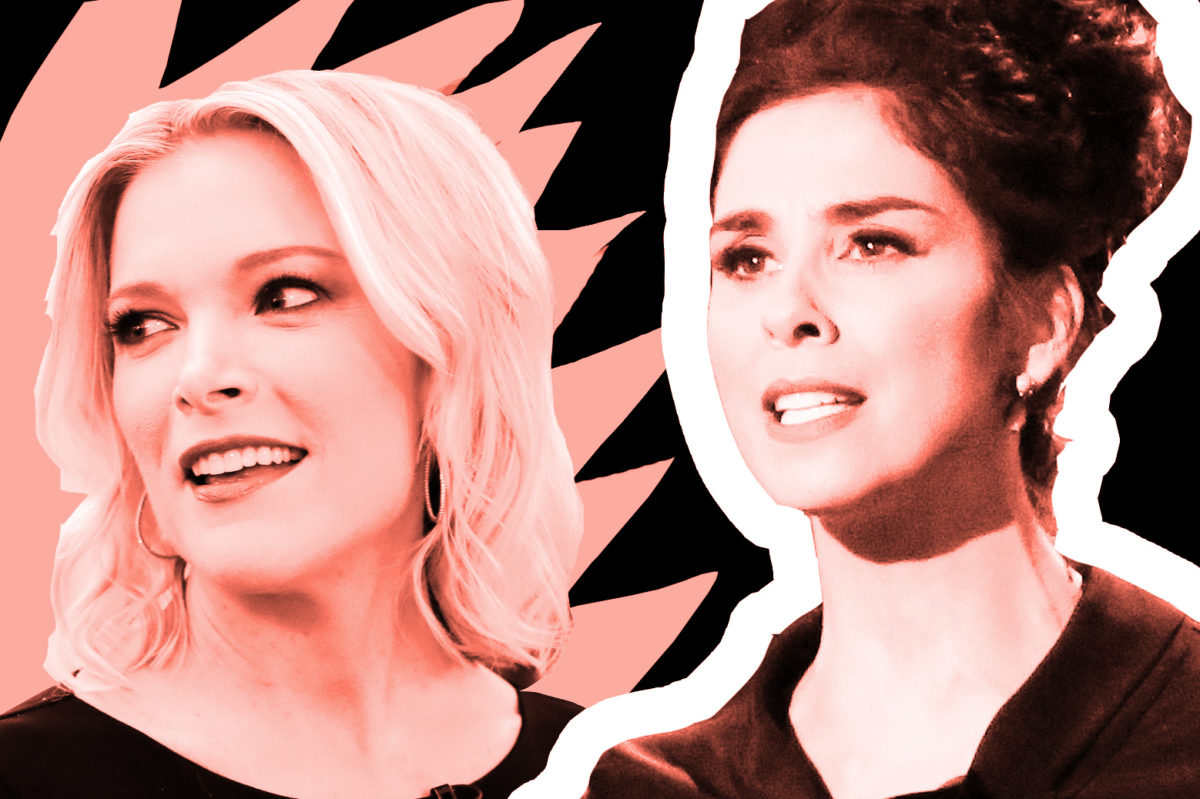 Hi. Hello. How are you, Megyn? I hope this letter finds you well. I opened my Twitter this morning and saw that you apparently have a problem with Sarah Silverman’s language. So offensive is the Jewish comedian’s tweet in reply to the president’s denial of climate change, you think she should not be allowed to star in children’s movies. In fact, you were so disdainful of her that you couldn’t even use her name, and instead called her “this woman.”

Which, I have to say, is kind of funny, because there are so many men making just expletive-ridden jokes about the president and starring in children’s films (Patton Oswalt, who starred in Ratatouille and the upcoming Secret Life of Pets 2 comes to mind). And yet you chose to pick on Silverman. I’m going to give you the benefit of the doubt on this one, Megs. I’m gonna cite implicit bias, and say that we have been conditioned to be more offended by a woman who uses expletives and says “penis” than a man who may say he likes to grab women by the you-know-what. (You’ve actually called Trump out for his misogyny in the past, and even ran an interview with his accusers, and for that I applaud you!)

But back to your outrage. First, I’ll say that, yes, I agree with that I wouldn’t want my kids to run across Silverman’s extremely vulgar (and simply kind of gross in a way that makes your skin crawl) tweet, and certainly would hope that they don’t use this kind of language in public, especially if they are underage. Although, to be fair, despite my horror and consternation, as a writer and an artist, I would probably applaud them for thinking of a description as creative as the one Silverman used. (I won’t repeat it, but you can read it below).

No point in explaining how mind blowingly stupid this tweet is so I’m just gonna go with FUCK YOU, and also add that you are a smelly penis hole with balls that touch water. Eat shit, you greedy twat. https://t.co/cqUQtHWtlW

So yes, foul language: It’s outrageous, and it’s not necessary. It can be discourteous to those around you, but beyond that… it’s not really harmful. (I mean, have you listened to pop music lately?) But do you know what IS harmful? Condoning and stoking racism, like you have done on Fox News, for YEARS. The thing that gets me about your horrible comment defending blackface, a deeply painful phenomenon for African Americans in this country — you know, that  comment you apologized for, but then lost your job at NBC over — is actually more innocuous than some of your other statements, like talking about a “thug culture” in African-American communities and telling children of color on live TV that Santa HAS TO BE white.

But you know what’s even more harmful? Not fighting against the devastating effects of climate change, a thing that scientists and government around the world can agree is a real threat to our future, and yet somehow, politicians in the U.S. manage to disagree about. In fact, you once tried to pin down Kellyanne Conway about Trump’s statement on climate change, so you should know a thing or two about it.

Climate change is real and it will have devastating effects in our kids’ lifetimes. And the effects will be even worse if we as a country chose to just flat out deny its existence, instead of fighting to reverse whatever damage we still can. Silverman obviously, agrees:

Ps I’m more offended by a president who denies a real threat 97% of scientists beg him to take action on while creating a fake threat out of at-risk brown people at the border https://t.co/moi7uEBpbc

It worries me, Megyn, that Silverman’s vile yet essentially harmless tweet is what rankles you today, when there is so much out there that should raise alarm. It worries me that as a woman who was given so many — I mean, so many — opportunities, and so much money, and so many second chances after stoking hatred in front of some of the biggest audiences in the country, that you want to take away a woman’s career simply for telling a distasteful joke. One that she made because she cared deeply.

I have to say this: On a personal level, I don’t always enjoy Silverman’s comedy. That tweet made me feel a bit uncomfortable, too.

But if my kid grows up to be as creative, and as caring, and as open to change and reflection, and as vulnerable and also insistent about what’s right as  Silverman is every day, then I think I will be kvelling.

And if he ends up saying an expletive or two on the way, I think that’s also OK. And maybe they’ll get a shoutout from Olivia Wilde, too.

Say hwhat now? “This woman” happens to be a brilliant, badass feminist with more curiosity and compassion than most of us combined, and I can only hope my kids grow up to be like her.