Debra Messing Is Killing It on Social Media 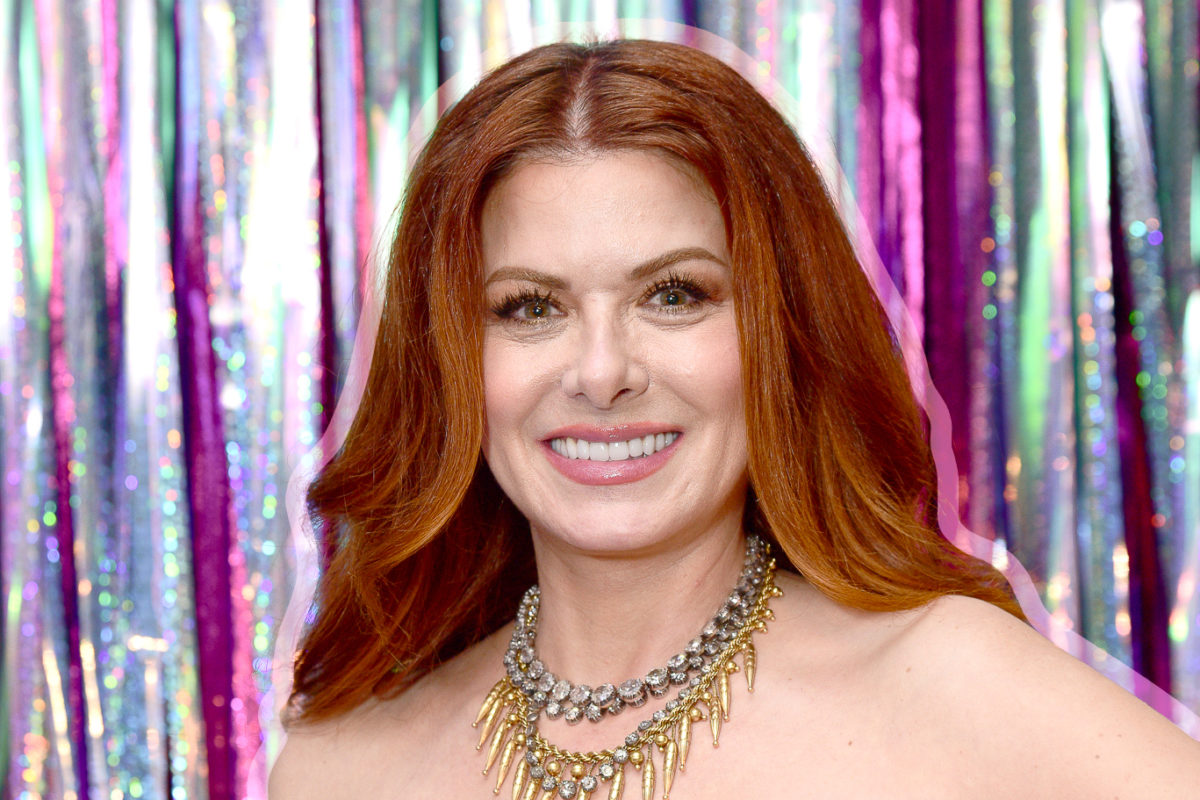 After years of following Will & Grace star Debra Messing on social media, all I can say is: wow. I can’t even fathom how a woman with a demanding TV job, who is also lovingly raising a teen, manages to post to Instagram and Twitter so prolifically! (OK, so it’s possible she has some help from her assistant, but I truly don’t think so. And even if she did, still.)

Messing is all about using social media to share the things she loves, from hamsa bracelets to selfies with her son, Roman (the two recently went to see Moulin Rouge on Broadway) and her pup, Henry, to cute videos of babies and dogs (celebrities! They spend hours watching viral videos, just like us).

More than anything, however, Messing uses her fame to draw attention to causes that she cares about — and she cares about a lot. Recent posts have ranged from mayoral runs in Memphis to the fire raging in the Amazon forest, to climate change, gun control, and healthcare (she recently retweeted a post from amazing Jewish dad Ady Barkan.)

She’s so prolific, in fact, that she will occasionally get into spats with other celebrities — like when she got in a Twitter feud with Susan Sarandon over the “Bernie or Bust” phenomenon, waaaay back in 2016.

And now, just this past holiday weekend, our own president even took time off his (cough — golf) schedule to tweet about her.

It all started when Messing and her Will and Grace co-star, Eric McCormack, asked that the identities be made public of donors who are expected to attend a big Trump fundraiser in Beverly Hills.

Please print a list of all attendees please. The public has a right to know. https://t.co/YV4UoxrPHI

Less than 24 hours later, the president attacked the actress for being, uh, two-faced. (I think? His big beef was that Messing once addressed him as “sir,” though, as fellow prolific Jewish mom/social media maven Bette Midler pointed out, she was just being polite.) As Trump tweeted:

I have not forgotten that when it was announced that I was going to do The Apprentice, and when it then became a big hit, helping NBC’s failed lineup greatly, @DebraMessing came up to me at an Upfront & profusely thanked me, even calling me “Sir.” How times have changed!

Messing responded, asking Trump to turn his attention away from her — and toward some more important crises facing our nation, like Hurricane Dorian:

I’d rather you bring attention to the Catagory 5 Hurricane #Dorian threatening our south eastern coast, and the tragic & preventable shooting that occurred yesterday in #Texas. https://t.co/MVbOuHwKUU

Also, in the spirit of transparency, Messing shared the names of campaigns she recently donated to:

Messing’s posts didn’t just draw the ire of Trump and his supporters — on The View, co-host Whoopi Goldberg attacked Messing for her demands, comparing her desire to have the list of donors made public to McCarthyism.

With the greatest respect to the comedy genius (you will never understand my deep love for Goldberg, a smart woman about town and purveyor of great Hanukkah sweaters), there’s a difference between publishing the names of actual donors who attend a fundraiser of a sitting president — where they are seen by many — and publishing an unsubstantiated list of possible supporters of a political ideology that has been declared the enemy of this country.

McCormack responded to the accusation, clarifying that he (and Messing) do not support blacklists of any kind:

My friend @eric_mccormack posted this today. It perfectly explains the intent behind each of our posts concerning the fundraiser. I am posting it here because, honestly, I couldn’t have said it better.

We’re sure Messing is used to getting a lot of vitriol and hate on social media (I mean, we just have to look at her Twitter replies for that). But she’s also received a lot of love and support, and Messing has wasted no time in focusing on the positive in this — the actress and activist has responded to Trump’s attack by making herself even more open to those in her feeds.

Incredibly, Messing has shared an actual phone numbers where people can reach her via text for conversations, to bridge the divide:

Regardless of what you think about Messing’s politics, it’s admirable and very Jewish (hello, tikkun olam!) for her to use her platform to raise money and draw attention to the causes that she cares for — and to be incredibly human in the process. These, my friends, are the first steps in healing the world.