Disability Inclusion Matters – and It Brought Me Back to Judaism 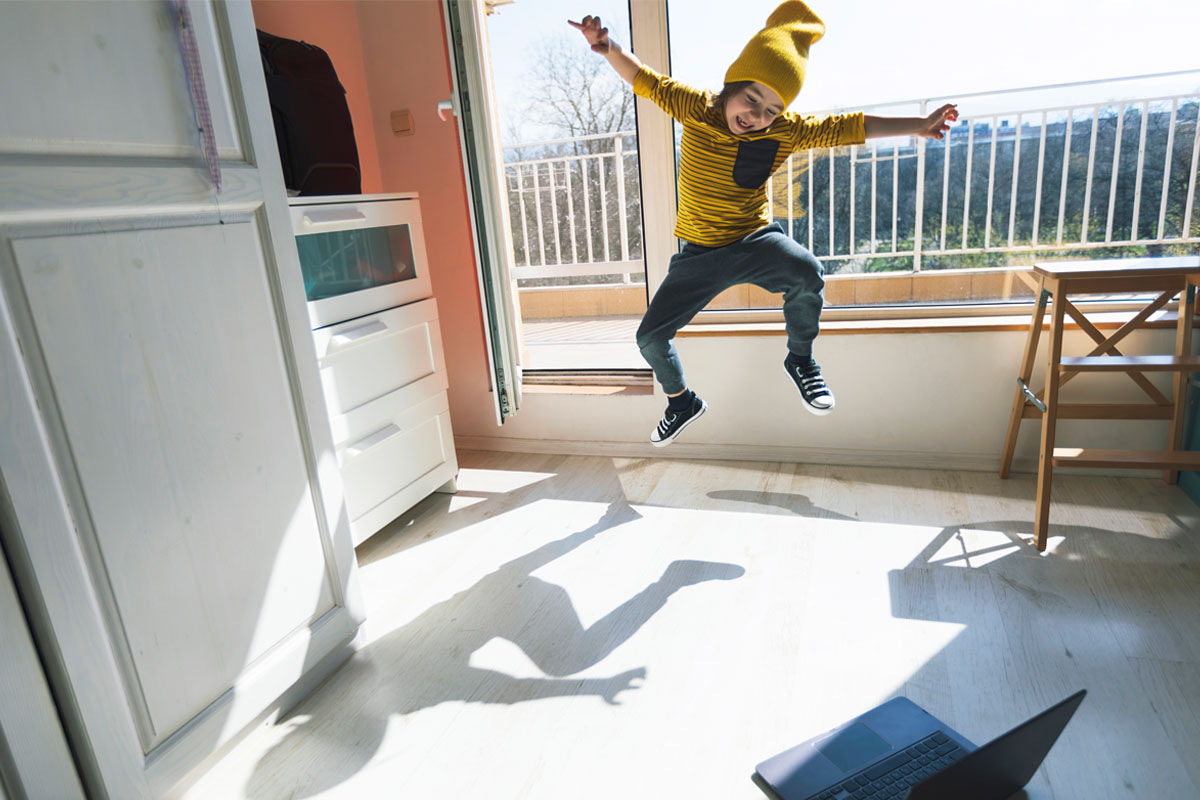 People told me that having a child would take me on a journey, and my son has done just that. I just never expected that journey to lead me back to Judaism.

On Fridays, my soon-to-be 6-year-old and I make challah, finish our homeschooling early and go to synagogue. We then come home, light the candles and have Shabbat dinner. I grew up going to Orthodox and Conservative day schools, but hadn’t really been practicing Judaism for more than 25 years. So while I didn’t plan on doing any of these rituals during this stage of my life, it’s become my favorite part of the week. It’s also enabled my son to flourish in ways I never saw coming.

My son M has childhood apraxia of speech, or CAS. CAS is a misnomer in that it doesn’t go away after childhood; it’s a lifelong neurological speech disorder. In CAS, the brain has trouble coordinating the muscle movements necessary to plan to speak correctly. So my son knows what he wants to say, but his brain can’t always tell his mouth/lips/tongue/jaw how to make the correct movements to say it. There is no cure, but it can be treated with intensive speech therapy, especially speech therapies that involve a tactile component that helps show them how to make the necessary movements.

For us, this meant he didn’t talk until he was nearly 3, when he finally got the CAS diagnosis and appropriate speech therapy — which he still gets three times a week. His speech has improved greatly — he never stops talking — but it’s often clear to others that there’s a speech issue. Kids are notorious for picking this up, which hasn’t always made things easy. M is well aware of how he sounds compared to others, which has made him self-conscious at times, especially in new situations or around new people.

In the summer of 2021, we started attending Zoom Shabbats at a new synagogue. I had been looking for a new synagogue because I grew up going to a Conservative one and wanted my son to get his Hebrew schooling at a Conservative synagogue as well. I missed the familiar melodies and prayers, as I was often lost during services at our former synagogue. M quickly became known on the screen because of his enthusiastic dancing and maracas shaking during the musical part of the service. He started Hebrew school there in September, and when I introduced him to the rabbi, hazzan and the religious school cantor at the welcome BBQ, we were met with the same refrain each time: “YOU’RE M! We love seeing you on Zoom Shabbat! We love your dancing!” His face lit up each time as he nodded, suddenly a little shy.

We went in-person for the first time in November for a Shabbat celebrating the disabled community, which included a challah-making activity (M loves challah more than anything else). The services are mostly in Hebrew, which he doesn’t really know yet, and the songs and melodies are different than he’s used to from our old synagogue. The hazzan called him up to help with the song “Romemu,” and as he excitedly ran up, I started to panic, telling his Hebrew school rabbi that he doesn’t know it, that he has trouble singing because of the apraxia. She assured me that he would be fine — and as they sang the song, both the hazzan and the other cantor didn’t miss a beat when they realized he didn’t know it. They just let him dance up there on the bimah. My son skipped back to his seat on cloud nine because he “helped.”

The following week at services, they invited M up once again, and he swayed and danced next to them while they sang. When we got home, he wanted to learn the song, and so I played “Romemu” over and over during the week so he could learn it. The next Friday, to everyone’s delight, during the chorus, he said “kee!” into the microphone and the congregation responded in kind. Ever since then, he’s been the “kee man,” as they call him. Every week, without fail, the hazzan brings him up to help with the song, and each week, he’s gotten a little more into it — to the point where now waits eagerly for “page 19” and spiritedly taps his hand on the lectern to keep the beat.

Every week, when I see M up at the lectern, it’s hard for me to speak, much less sing. I have to work to keep from crying each time, even after all this time. It’s like I’m getting glimpses of him as a bar mitzvah. Seeing him up there, singing (in Hebrew, no less!) feels like a miracle.

It hasn’t always been easy for my son to be accepted everywhere. I have seen kids exclude him the minute they hear him talk. I’ve seen adults make judgments about his intelligence and make armchair diagnoses because they’ve had a conversation or two with him. M can tell what people think of him. It’s why he gravitates to some people and not others. He hears and understands it all, which is why this unconditional inclusion at our synagogue has enabled him to flourish. It’s not merely inclusion, though — it’s the visible joy with which he’s welcomed that puts him, and me, at ease.

And it doesn’t just happen on Friday nights. Even with Hebrew school, my questions, anxieties and worries were all anticipated and addressed. Not once did it feel like I was asking for “too much,” or that something was a hassle. His unique needs were acknowledged and any accommodation was simply part of his classroom experience. During the Purim costume parade, he was walking alone, not sure of what was really going on — until the rabbi nonchalantly grabbed his hand and walked with him, just two dudes in costume, enjoying the holiday. Congregants regularly give him fist bumps and high fives, wishing him “Yasher koach!”

So yes, I now find myself regularly attending Friday night and holiday services, taking classes on Pirkei Avot and Talmud, relearning things I’ve almost forgotten, and even reading about women who’ve chosen to wrap their hair for a variety of reasons. It’s all because my son has found a place where he’s blossomed, which has, in turn, created a haven for us.