Virtual Hebrew School Has Been a Blessing in Disguise 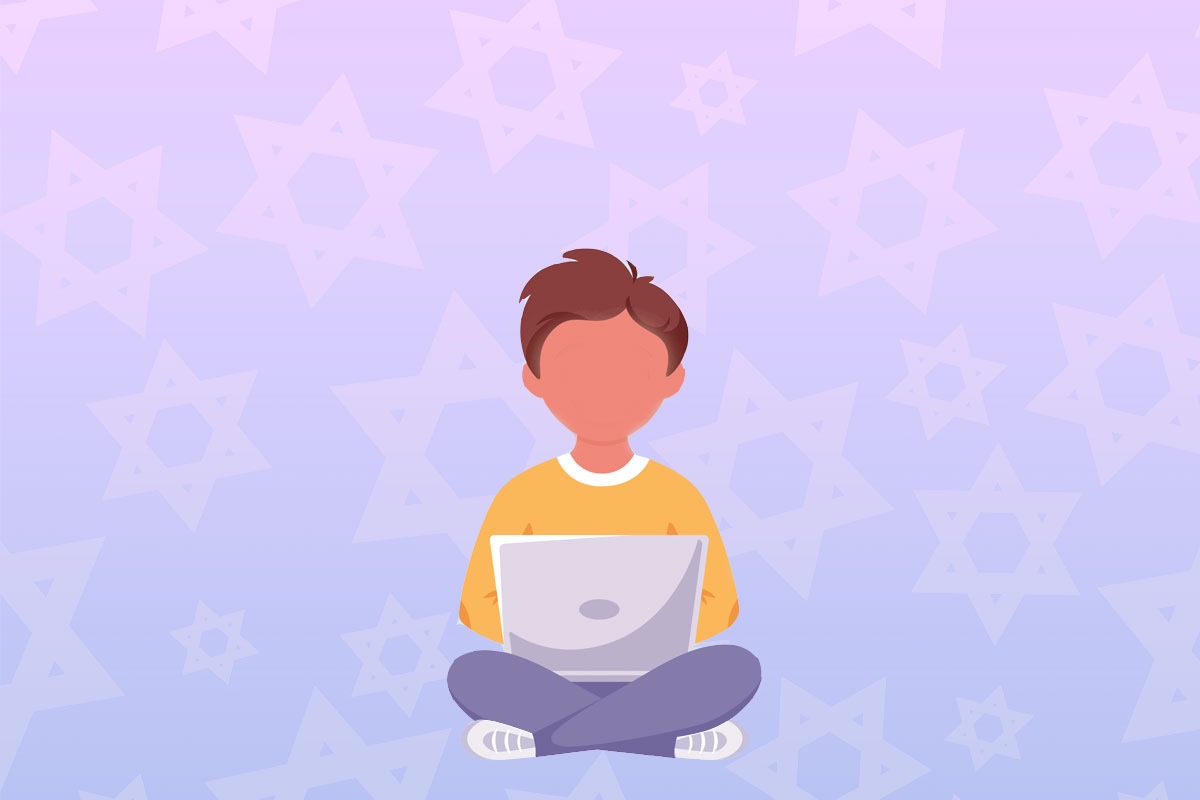 As an immunosuppressed mother, the pandemic has altered my family’s life immensely. We have taken more precautions than others and for a more extended time than most. Almost two years into COVID, my 10-year-old hasn’t stepped foot into a typical Hebrew school. That’s right, we’re not going to synagogue until cases diminish further. In fact, we’re unsure which local synagogue we’ll join and visiting during a pandemic has proven difficult.

With a bar mitzvah less than three years away, the lack of a synagogue has me nervous. There’s a tiny bit of Jewish guilt thrown into the mix, as well.

My son may not be attending traditional Hebrew school, but that doesn’t mean he’s not learning. For the last two years, my (non-local) in-laws have been conducting a one-on-one Hebrew school with my son via Zoom on Sundays. My mother-in-law teaches the cultural portion of the class and my father-in-law leads the Hebrew instruction. For an hour each week, my son has the undivided attention of his grandparents as he sits at his computer in our home outside of Philadelphia. Over 200 miles away, his Bubbe and PoppyD sit at their computer in Richmond, Virginia. It’s an hour of grandparent bonding with the added benefit of learning about the Jewish holidays and the Hebrew language, complete with textbooks and online materials. Celebrations, which include a sweet treat of my son’s choice, often mark the end of a unit. It’s a win-win for all involved.

Each session, my mother-in-law reviews the Torah portion of the week while making it relevant to a 10-year-old’s life. When they focused on the Ten Commandments, they talked about school and home rules as well as treating your parents respectfully. When they discussed Moses being commanded by God to sanctify Aaron and his sons by dressing them in special priestly clothes, they talked about my son’s favorite clothing, what his clothing says about him, and how he feels dressing up for special events. Modernizing the Torah’s teachings for a 10-year-old in 2022 has been of the utmost importance. For this reason, our son has gained a strong understanding of how the Torah is relevant today.

When I think back to my own Hebrew school experience, it was quite different than my son’s intimate virtual learning. But different doesn’t always mean better. With one-on-one attention, he has learned far more than he would as a student in a classroom. Time allows for his many questions to be answered and followed up with in-depth discussion. His ability to morph Hebrew letters into words has taken off quicker than we anticipated, and he now has a strong interest in learning about Jewish culture. This non-traditional Hebrew school has allowed my son to begin his Jewish education at a time when attending a synagogue wasn’t an option for our family.

Of course, there are perks to attending Hebrew school at a synagogue. A large synagogue community helped build my strong sense of Judaism. It led me to continue my religious studies after my bat mitzvah and to join United Synagogue Youth (USY) during my high school years. Looking back, it was Hebrew school that led to my strong Jewish identity as I matured.

And one day soon, my son will reap the benefits of being a member of a larger Jewish community, as well. He’ll sit in the sanctuary on Saturday morning as the rabbi leads Shabbat services. As a student, he’ll learn the meaning of hanging a mezuzah in the doorway and the importance of reciting Mourner’s Kaddish when a loved one passes away. He’ll learn the horrors of the Holocaust so that he can play his part in making sure it never happens again. The time will come for him to experience the feeling of being surrounded by people who celebrate the same holidays, who pray in the same language, and who share the same love of lox, bagels and whitefish salad. When the timing is right, he will attend Hebrew school at a synagogue.

For now, we are thankful for everything he has learned virtually. In just a few years, he will become a bar mitzvah and as he recites his Torah portion on the bimah, we’ll remember his special zoom sessions with his grandparents. We will forever be thankful for the non-traditional Hebrew school that proved to be a blessing amid the pandemic.