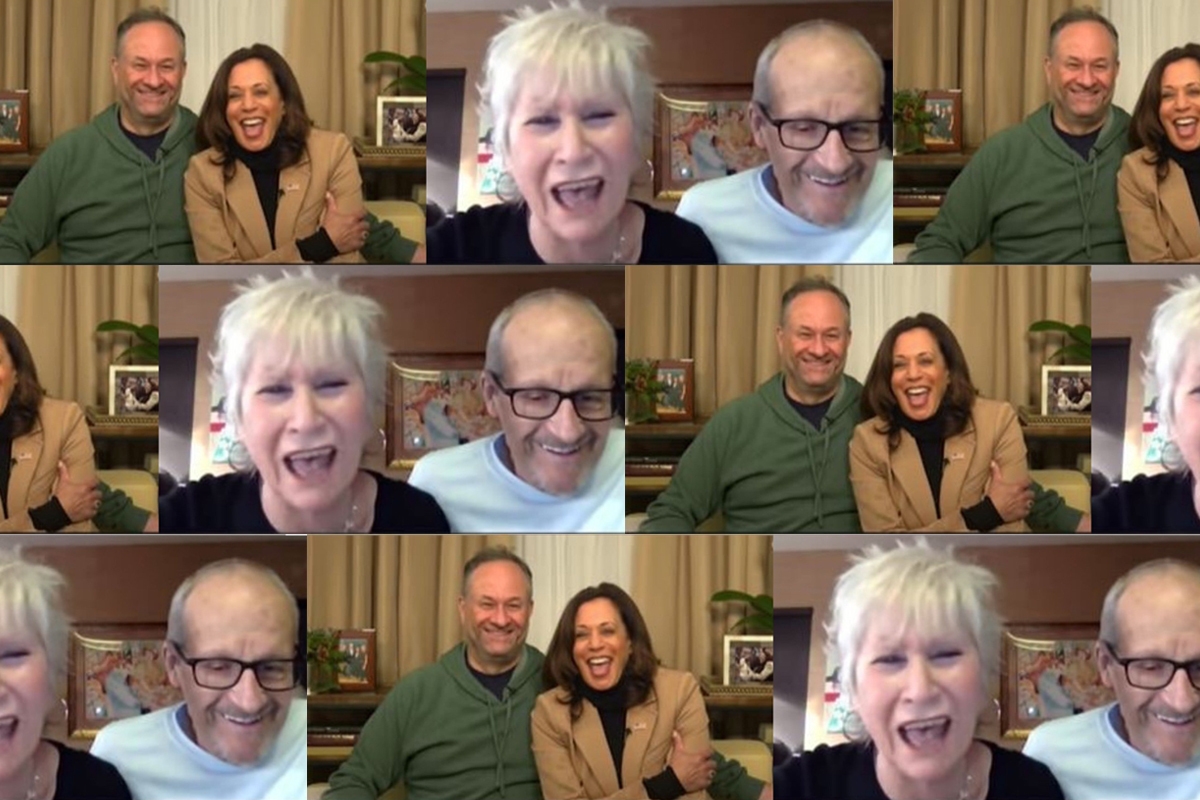 Earlier this week, Second Gentleman and total mensch Doug Emhoff paid a sweet tribute to one of his heroes, Ruth Bader Ginsburg. In a video for the National Education Association’s Read Across America Week, he read aloud a children’s book about the Jewish supreme court justice.

Now, he’s honoring his OG Jewish heroes, if you will, with a special and moving Twitter post. On Thursday, Emhoff — who is, of course, husband to VP (and momala) Kamala Harris — asked his more than 1 million Twitter followers to use the month of March to thank the “heroes of all kinds have been stepping up to help us get through the pandemic.”

Emhoff urged his audience: “Write a note. Make a call. Do something kind. And then share your story with me.”

Not being one to talk the talk without walking the walk, Emhoff, an entertainment lawyer and law professor, started off by thanking his heroes: his Jewish parents, Michael and Barbra Emhoff. (Or, as Emhoff, his wife, and his two children call them, Mike and Barb. Aw!)

“You helped our whole family get through this past year. Kept us connected (and laughing) on our Sunday night family zooms. And have been such great supporters as we stepped into these new roles,” he wrote. Emhoff also included a photo of himself and Harris chatting with his parents, with all four of them smiling joyfully at each other. We don’t know about you, but we certainly got a little emotional over this post.

To get us started, here's one from me: Thank you to my parents, Mike & Barb. You helped our whole family get through this past year. Kept us connected (and laughing) on our Sunday night family zooms. And have been such great supporters as we stepped into these new roles. pic.twitter.com/KkpipBGqxb

Mike and Barb have been super supportive of Harris (and Emhoff) — first while the Harris was running to be the Democratic presidential candidate, and then as she became the official Democratic VP nominee. Here they are, joining them on the campaign trail:

They also love to schep naches about their successful daughter-in-law! Here they are at Costco (their favorite place, of course!), taking a photo with Harris’ autobiography, The Truths We Hold:

Happier note on this hectic news day: my parents (pictured here combining their love of Costco and daughter in law ⁦@KamalaHarris⁩) are celebrating 60 YEARS of marriage today!! Love u mom and dad! ❤️ pic.twitter.com/xjvhC6TalL

So who are Mike and Barb, aside from the parents of the first Jewish Second Gentleman? Well, Mike is a shoe designer, whom, according to Emhoff, “worked hard and always put his family first.”  Barb was a homemaker — but also a fierce feminist role model for Emhoff.

“I love being surrounded by strong women. I’m glad to have had a strong mother,” Emhoff said in a recent interview with Glamour. “She’s got what we call street smarts, but she’s also so intelligent. It’s just all I knew. When I got older, it made sense that I would want to continue to be around smart, powerful women. But also women who are funny and compassionate and actually want to do good in the world. People talk about it like it’s something unique or a big deal, but I think, well, everyone should want to know strong women and support them.”

Mike and Barb raised Emhoff, his brother, Andy, and his sister, Jamie, in Brooklyn, then in New Jersey, and finally, when Emhoff was in 11th grade, they moved to California.

“They are in California now, but New Jersey is very much in them,” Harris once joked about her in-laws, before recounting the first time she met them. (She also shared her amazing impression of Barb, which you absolutely need to see).

It’s clear that Emhoff loves and admires his parents. His social media accounts are full of tributes to them on their birthdays, anniversaries, and father’s and mother’s days. And we can’t help but think that they’re very, very proud of their very accomplished and very devoted son, too!