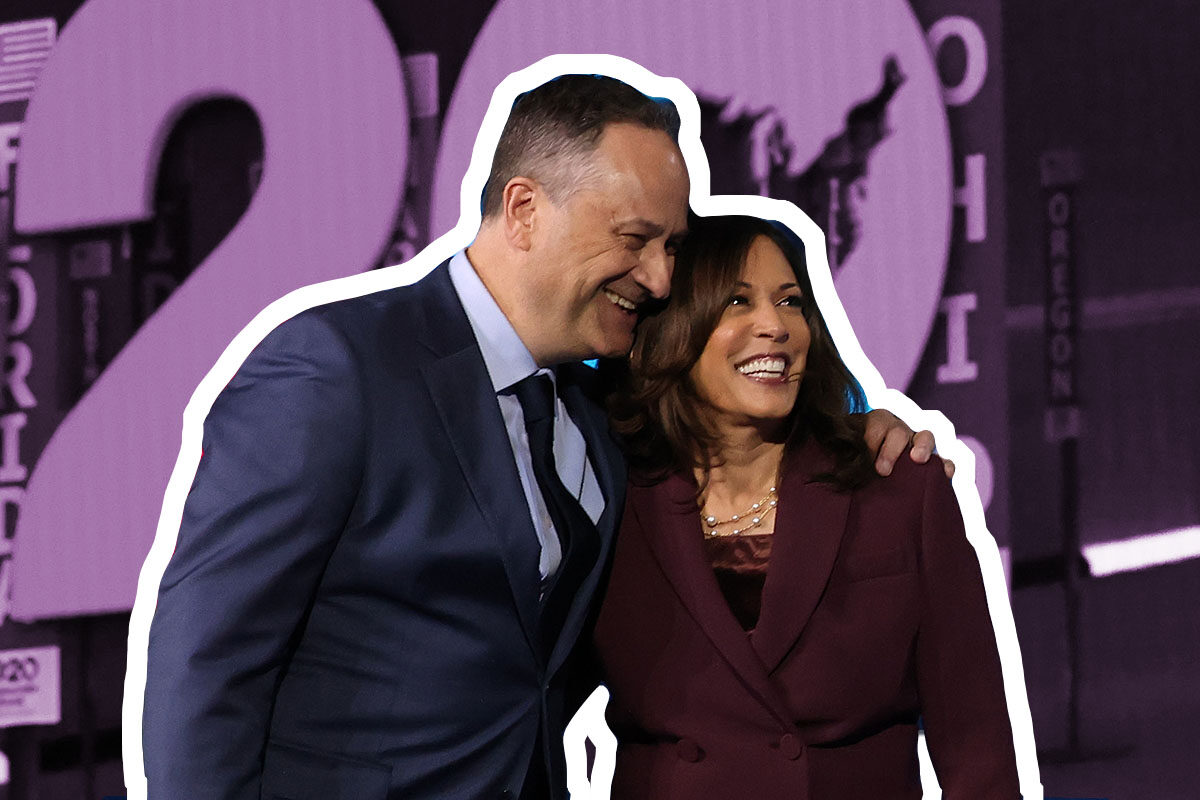 I don’t know about you, but I need something to kvell about. Like, really, really need it. These have been a tough few weeks — months? years? — with a news cycle that makes me feel like I have constant whiplash.

I’ve been craving something wholesome, something cute, something uplifting. Luckily, the internet gave me just that, in the form of an adorable video compilation created by children’s book author Meena Harris, who also happens to be the niece of the Democratic Vice Presidential candidate (and momalah) Kamala Harris.

She posted the video on TikTok and Twitter, with this caption: “I low key teared up making this @DouglasEmhoff appreciation video. 😭  We love you, Uncle Dougie, and our entire country benefits from seeing positive masculinity in a caring guy who is so confident and happy to support his amazing, ambitious wife.”

I low key teared up making this @DouglasEmhoff appreciation video. 😭 We love you, Uncle Dougie, and our entire country benefits from seeing positive masculinity in a caring guy who is so confident and happy to support his amazing, ambitious wife. pic.twitter.com/GXixCM2kKg

The one-minute video features clips of Douglas Emhoff, a Jewish dad of two, a lawyer, and possibly the first Second Gentleman (Second Guy? Seriously, who knows?) of the United States.

Whatever you think of Emhoff, one thing can’t be doubted: He truly loves his wife, who is also an amazing stepmom to his kids. And we all need some love right now. The compilation features many shots of him looking at her with a loving and admiring expression, or the two of them cuddling. It’s all good stuff — I may have teared up a couple of times watching it myself.

If Joe Biden, who Emhoff recently called a “mensch,” wins the presidency, Emhoff would not only be making history — he will become an important male role model for the children of this nation. A model of someone, as Meena said in that loving social media post, whose success and masculinity are not diminished by the fact that he is a supportive, loving, and absolutely devoted husband.

“Our relationship and the way I roll, my whole life has just been to support the people I love unequivocally, and they support me,” he told Marie Claire this week. “The whole thing has been based on parity and mutual respect.”

He will also stand in line with other admirable men who stood behind powerful women — men like the late Martin D. Ginsburg — whom RBG so lovingly called Marty.

“When people say that RBG and Hillary Clinton and Senator Harris are models for little girls, that’s true,” Joel K. Goldstein, a vice-presidential scholar, told Marie Claire this week. “I think their success does send a message to girls that this is becoming a different world, and there are possibilities that maybe didn’t exist for their mothers or grandmothers. But it also sends a message to little boys that this is a different world than the one that their fathers and grandfathers grew up in. And Mr. Emhoff is part of that.”

Emhoff recounted that, as someone who is white and Jewish, being with his wife, who is both Black and South Asian, opened his eyes to his own privilege, like “his carefree attitude at airport customs” and “breezy exchanges with security guards”

Harris would be quick to point out these encounters in real-time, Emhoff told Marie Claire. “She’ll say, ‘You realize that wouldn’t have happened if you weren’t a white dude?’”

“I always viewed myself as progressive and open-minded,” he said — echoing the thoughts of many white-presenting American Jews — but being with Harris made him acknowledge a lot of things that he never noticed before. “It’s great to be with her because she has such a great perspective and she’s certainly not shy about expressing [it].”

On a lighter note, Emhoff also offered Marie Claire interviewer Jessica Goldstein an imitation of his Jewish mother in the course of the interview — one that she sadly did not share with us readers. But luckily we have video evidence Harris has also mastered it.

Thank you for giving us something to kvell about this week, Doug, right when we needed it most! If you’re looking for me, I’ll be rewatching the above video on a loop for the foreseeable future —  or, at least, until my next phone news alert.