‘Fauda’ Is the First Israeli TV Series Available in Farsi 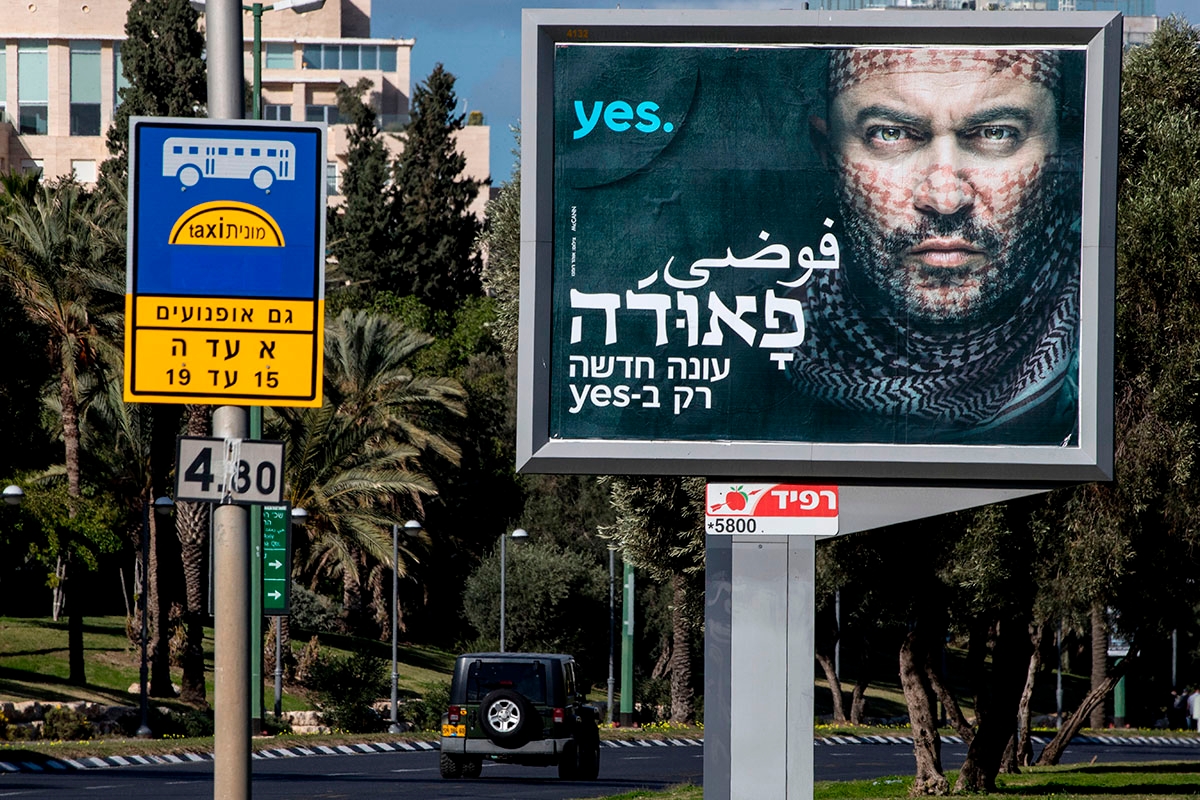 If you’re a fan of Israeli TV, you very likely know about (or have binge watched) the action-packed drama “Fauda.” The series centers on an Israeli undercover unit in the West Bank and the cat-and-mouse games they play with Palestinian terror suspects and the everyday people taken in by their disguises. What’s more, the show depicts the moral dilemmas facing Israel’s defense forces and offers a rare look into the lives of Palestinian Arabs. The series was originally filmed in three languages: Hebrew, Arabic and a little English.

A hit among Israeli and Palestinian audiences, and beyond, the show is currently available on Netflix in 190 countries — pretty impressive, if you ask me. And today, Yes Studios — the Israeli producers behind “Fauda” (as well as, of course, “Shtisel” and “The Beauty Queen of Jerusalem”) — announced that “Fauda” will be the first-ever Israeli series broadcast to Farsi-speaking audiences. It premieres today, July 21, on the Persian-language channel Manoto TV.

According to World Atlas, the Persian language of Farsi is spoken by approximately 110 million people around the world, primarily in Iran, Tajikistan, Uzbekistan, Iraq, Russia, Azerbaijan and Afghanistan. Farsi is spoken by both Muslim and Jewish people — and, of course, there are many Persian Jews living in both the U.S. and Israel. We are so glad that this thrilling show will now be available to a wider audience around the world.

In a press release Avi Issacharoff, co-creator of “Fauda,” noted how pleased he was with this development. “This will allow Persian viewers to watch our series for the first time and see this conflict from additional angles,” he said. “We hope this is the first step in bringing the two peoples closer.”

Considering that the show has been lauded for its nuanced depiction of both Israelis and Palestinians, we think it’s very exciting that this educational opportunity can be spread to a new audience in their own language. In the U.S., you can watch all three seasons of “Fauda” on Netflix with audio in Hebrew, English, German or Italian; as well as subtitles in English, Spanish, Hebrew or Chinese. Plus, the show’s creators announced last year that Fauda will be returning for a fourth season!

We’re so excited to see the reach incredible series has, and we hope that other exceptional Israeli TV shows will continue to spread to cultures and communities across the globe. (And if you’re looking to catch up on some top-notch Israeli TV yourself, you can find some of our best recommendations here and here.)