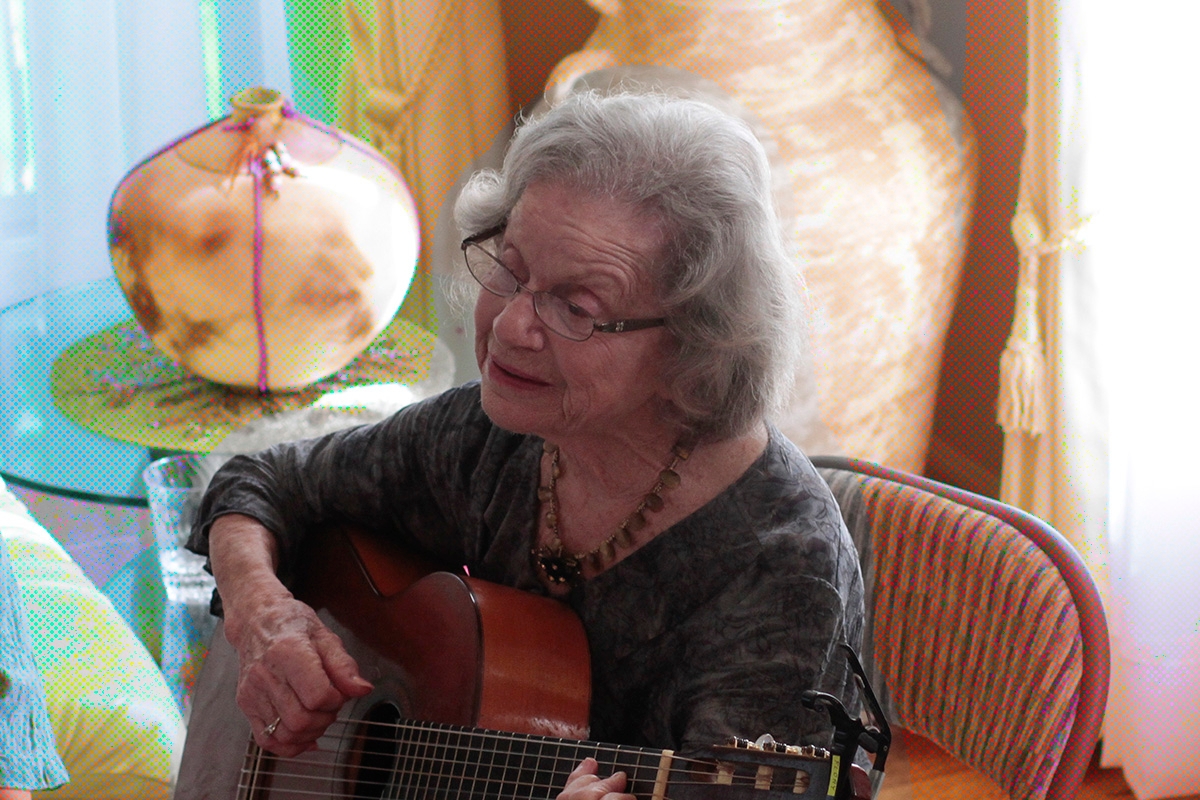 POTOMAC, MD - SEPTEMBER 9: Friends gather to share a meal of traditional Sephardic food from their heritage of Eastern Europe, Turkey and Israel followed by singing, led by Flory Jagoda, left, and Heather Spence playing the viola da gamba, and story telling at the home of Shoshana and Dave Segal in Potomac, MD, Sunday September 9, 2012. (Photo by Dayna Smith for The Washington Post via Getty Images)

Jewish communities across Europe lost so much during the Holocaust — so many lives, so many religious centers, so many traditions, and so much history.

Singer and songwriter Flory Jagoda, who passed away on Friday, January 29 at age 97, spent her entire life fighting to not let that history be lost. And she did so with beautiful, evocative Sephardic Jewish music.

Jagoda, who died on the eve of Shabbat Shirah —  the “Shabbat of Song,” in which we read Parashat Beshalach, in the Torah portion in which we chant “The Song of the Sea” — was born in Sarajevo, Bosnia in 1923. At the time, the city was known by some as “chico Yerushalayim,” “small Jerusalem,” because it was filled with so many Sephardic refugees who had been expelled from Spain centuries prior. Jagoda’s family moved to the small town of Vlasenica, where she grew up speaking Ladino at home and Serbo-Croatian outside of it.

Her Jewish community was almost entirely wiped away by the Holocaust — and with it, centuries of rich Sephardic culture.

Jagoda, who settled in the U.S. after the war, made it her life’s mission to be the “keeper of the flame” — helping to revive and preserve Sephardic and Ladino culture by singing the songs she knew from her grandmother, a folksinger. She also widely shared her family’s stories and traditions, and she created a trove of new, deeply Jewish, and emotional songs in her mother tongue, Ladino.

“I came to American with a suitcase full of memories,” Jagoda said at a talk at the oral history for the Library of Congress in 2014, “and I made them into songs.”

Jagoda wove her way into mainstream Jewish culture with her 1983 song “Ochos Kandelikas,” which was even performed by Sephardic Broadway legend Idina Menzel.

By her own account, Jagoda, whose full name is Flory Papo Kabilio Jagoda, had an idyllic childhood — one of coexistence, playing with her Muslim and Christian neighbors, surrounded by a loving Jewish family, the Altaras.

It was only when the Nazis took over Bosnia, making Jews wear yellow stars on their lapels, that she realized how different she was from her neighbors — and how much she had to fear as a Jew. One particularly painful memory was when her beloved accordion teacher when he first noticed her Jewish star: “No, you are not one of those,” she recalled her teacher saying. “Go home!”

Jagoda recounted this story at the Holocaust Museum, her eyes brimming with tears. “This hit it,” she said. “Not the house, neighbors, none of that. It’s the harmoniku [the Serbian word for accordion].”

Jagoda escaped to Split, a Croatian city on the Adriatic coast, bringing with her only her accordion. She kept playing — and even taught others how to play it —  throughout the war. From Croatia, her family crossed over to the Mediterranean to Bari, Italy. Getting to Bari was a beginning of a new life: “We come to the shores of Bari and we see women with baskets of grapes,” Jagoda said.

It was in Italy, working for the American army, that she met her husband, Harry Jagoda, an American sergeant. When he came to pick her up for their first date — which, of course, had to be chaperoned by Jagoda’s parents — he saw her family was celebrating Rosh Hashanah. That was when he realized that they were both Jewish: Jagoda belonged to an Ashkenazi family from Poland that had settled in Ohio. They were married by a rabbi from Naples, and moved to Ohio as newlyweds. They had three children — with whom Flory would often perform — and six grandchildren. Harry died in 2014.

Jagoda’s songs were a way to preserve and celebrate the beauty of her mother tongue, as well as the rich familial culture of her Jewish community. Centered in it all are the Jewish women — in particular, the nonas (grandmothers)and the tias (aunts).

She sang about the joy of being a grandmother and making bureka with her grandson, Ian, in the song “Chico Laniko“ (which Sarah Aroeste recently performed for Kveller for Rosh Hashanah). She celebrated Jewish traditions and holidays with magical songs about Shabbat, Purim, and Hanukkah, to name but a few. With her tunes, she invoked the flavors of her youth, from halva to baklava.

Her beautiful Ladino lullaby, “Durme, Durme,” (“Sleep, Sleep”) is one worth incorporating into any Jewish mother’s ritual:

Her songs were also songs of pain and grief. Like “Saray de Oro,” (“Sarajevo of Gold”), about the pain of watching the destruction of her city of birth.

She firmly believed that songwriters needed to put their heart into their music. “I’m very lucky that I can express myself through a song,” Jagoda said in that same 2014 interview, about her melancholic songs. “I will not cry, I hate crying.”

Jagoda kept performing and writing songs well into her 90s. Her vibrant spirit, her mellifluous voice, her depth of feeling were deeply infused in all she did.

In her honor, I’d like to suggest that we make her beautiful music a part of our homes. Let us read to our children The Key from Spain — a gorgeous picture book based on her life — and watch her tell her story to the library of Congress. May her memory, and her music, be a blessing, always.

The great Flory Jagoda passed away today, on this erev “Shabbat Shira” (Sabbath of song). May her memory – and her songs and spirit – be for a blessing. She was, and will always remain, one of a kind. https://t.co/eNsodZeljg

Sarajevo born, Bosnian-Jewish artist Flory Jagoda has passed away. She cemented herself as an icon and is known for her interpretations of Sephardic songs, Sevdah, and Ladino songs.

May her memory be a blessing. pic.twitter.com/XALo8WS5hY

1️⃣ It is with the deepest sadness that we learn of the passing of Flory Jagoda z”L, this Friday just before Shabbat at the age of 97. Flory was born in the city of Sarajevo, once a rich hub of Sephardic Jewish life in the Balkans. pic.twitter.com/SS0RvgMHFe 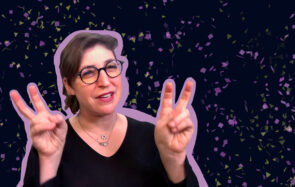