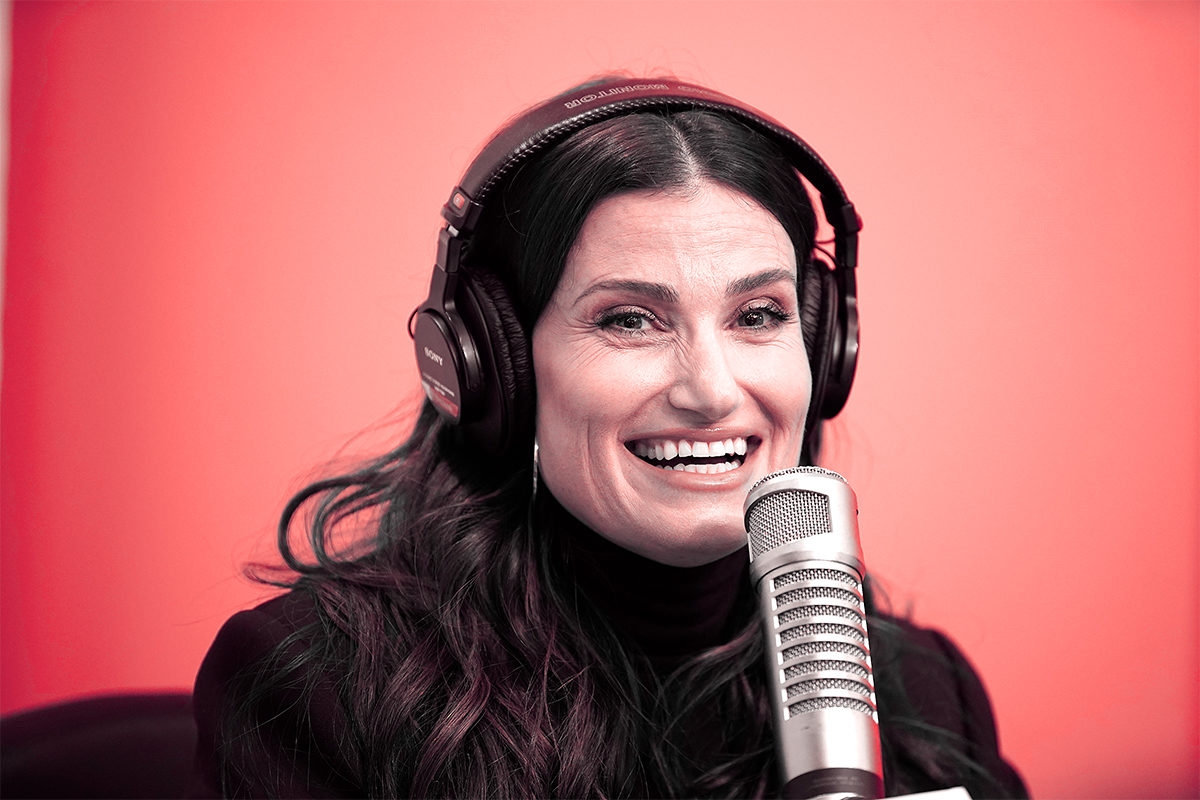 Idina Menzel is having a year. She is fresh off a star turn in Frozen 2 as Elsa and in Uncut Gems as Dinah, the wife of Howard (played by none other than Adam Sandler, who’s getting early Oscar buzz for his most Jewish role to date). She made an appearance in Rent: Live, and is in pre-production for a new musical version of Cinderella.

But that’s not all! The Jewish mom just released a Christmas album, Christmas: A Season of Love, and went on a three-city tour in support of it, including a performance at New York’s Carnegie Hall.

Hold up: a Christmas album? By a Jewish person? Not that uncommon! Barbra Streisand has four Christmas albums, Carole King has recorded one, even William Shatner (yes, Captain Kirk!) has one. Plus, many great Christmas songs were, in fact, written by Jewish people.

As it happens, this is Menzel’s second holiday album — the first, Holiday Wishes, came out in 2014. At the time, she said, “I know I’m Jewish. But a lot of famous Jewish people have written Christmas songs, so I’m going to try out some of their songs on the album. I’m glad I’m not singing about Jesus.”

This new album, however, seems extra special. Why? In addition to songs with Ariana Grande, Billy Porter, and her fellow Frozen co-star Josh Gad, “Christmas: A Season of Love” also features not one but two Hanukkah songs!

One, “Walker’s 3rd Hanukkah,” is the audio of Menzel and her son, Walker, saying the Hanukkah blessing. Walker imitating his mom is maybe the cutest thing we’ve heard in a long time. Seriously, listen to it. We’ll wait!

As Menzel explains in the track description, “I was trying to teach him what the prayer was to light the candles for the menorah at Hanukkah. I want people to feel that it’s very personal and they can relate to it no matter what religion and how they celebrate.” Go ahead and listen to the track a few dozen more times. We won’t judge!

OK, moving on, let’s talk about the second Hanukkah track on the album: “Ocho Kandelikas.”

“Ocho Kandelikas” is a  Ladino Hanukkah song. (Ladino is a Jewish language that is also called Judeo-Spanish; it can be best described as a mix of 16th-century Spanish, Hebrew, Turkish, and other languages.) The song’s title translates to “Eight Little Candles,” and it was written by Flory Jagoda, a Sephardic composer, in 1983.

Before we get into Menzel’s version, we just have to tell you about this amazing Jewish woman. Jagoda, who is now 95, was born in a Bosnian Jewish family and raised in the Sephardic tradition. After escaping Nazi-controlled Yugoslavia at age 16, she first went to Italy, then the United States. Most of her music has focused on reviving Sephardic songs sung in Ladino, as well as recording new ones.

You can watch her perform “Ocho Kandelikas” in 2012:

Jagoda’s entire version is in Ladino, but when Menzel recorded her version, she did some verses in English.

This tune is a great way to teach your kids some very basic Ladino words — the song doubles as a children’s counting song. Here’s Menzel’s version:

Here are the lyrics to the first verse:

At her Carnegie Hall concert last week, Menzel performed “Ocho Kandelikas” live. A fan tweeted at her, writing, “Idina and Aaron showing their dance skill in Ocho Kandelikas was very impressive.” (Aaron is Aaron Lohr, her husband, who is an actor, singer, and a marriage/family therapist, as well as, apparently, a maraca player.)

We couldn’t agree more! Here’s another video of the performance:

Thank you, Idina, for our newest Hanukkah jam.

Image of Idina Menzel in header by John Lamparski/Getty Images