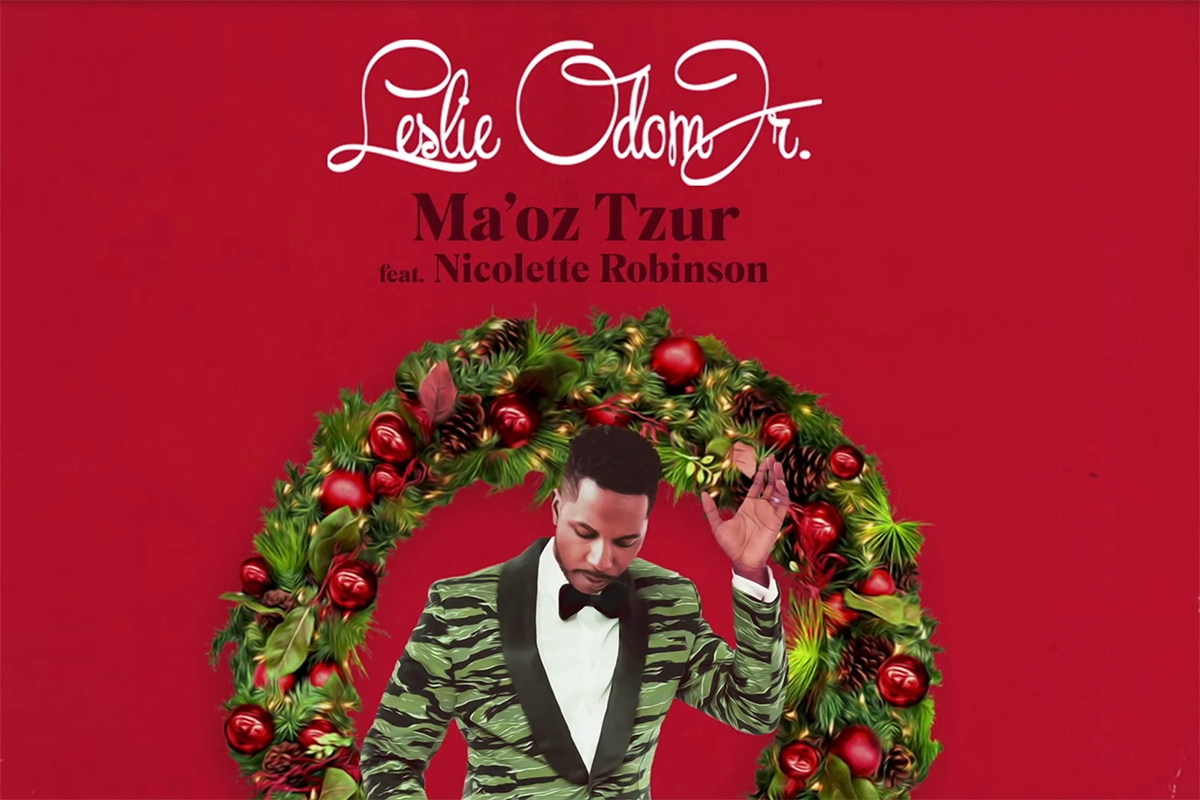 Wow. Who knew “Maoz Tzur,” the Hanukkah classic also known as “Rock of Ages,” could make us cry?

It’s part of Odom Jr.’s  very excellent new Christmas album, simply titled “The Christmas Album.” It’s so thrilling that he included this version of “Maoz Tzur” — this cover is smooth, romantic, and just so moving. It’s the perfect combination of the classic Christmas album piano sound with an even more classic Hanukkah song — and there’s a gorgeous jazzy piano interlude that just takes this song to new heights. Plus, the couple’s voices are flawless and positively angelic together.

The Hebrew pronunciation by Odom Jr. and Robinson is perfect, including those tricky “ch” sounds. Seriously, I’m saying this as a native Hebrew speaker —  it sounds like they’ve been singing Hebrew their entire lives (and it’s quite likely that Robinson has!).

Basically, I think this may be my new favorite Hanukkah cover, ever, although it’s tied closely with Jack Black’s version of “Oh, Hanukkah.” (What can I say? My taste in Hanukkah music is eclectic!).

This album is full of gorgeous Christmas songs, including an unbelievable cover of Ingrid Michaelson’s and Sarah Bareilles’ “Winter Song,” which Odom Jr. performs with the Academy-Award nominated Cynthia Erivo. But “Maoz Tzur” is perhaps the most special song on it — a good husband-and-wife collaboration is just irresistible.

Robinson and Odom Jr. have been together for a long, long time, and honestly, their vocal chemistry shows it! They started dating in 2008, have been married since 2012. The couple have a daughter — and they just announced that they have another baby boy on the way (b’sha’ah tovah)!

The couple married under a chuppah and Robinson’s father officiated: “He has long since been the unofficial family rabbi and we all look to him for guidance and advice,” Robinson told Style Me Pretty. “Also, there aren’t many people that know us as a couple better than he.”

And while they don’t share a faith, Odom Jr. told New York Theater that he feels like their religions have a lot in common, spiritually: “I would consider myself Christian, but my wife is Jewish. The thing that is common in all the religions is a loving, divine presence,” he said. “Part of spiritual practice is also having great friends, nurturing great relationships.”

As for Robinson, she says her parents are the ones who gave her her passion for the stage and a love for Jewish tradition. Her mother, who is the daughter of a rabbi, is a choreographer, and her father, who is Black and wasn’t raised Jewish, also has a passion for acting and directing. He is also the leader of the family’s annual Passover seders.

“We celebrated Christian and Jewish holidays, and I got an understanding of both sides of my background,” she told Broadway Direct.“I feel really grateful for that.”

By the way, if you’re not familiar with Robinson’s work, I highly recommend you remedy that. Not only is she an incredible singer and Broadway star — she closed out my favorite Broadway musical, Waitress, in the leading role of Jenna — she is also a phenomenal actress who has been in TV shows like The Affair and Freeform’s Love In the Time of Corona, in which she also co-stars with Odom Jr.

We want to see (and hear!) more of this couple — and we’re so thrilled by their happy news. Can we please get a Hanukkah album next year?!