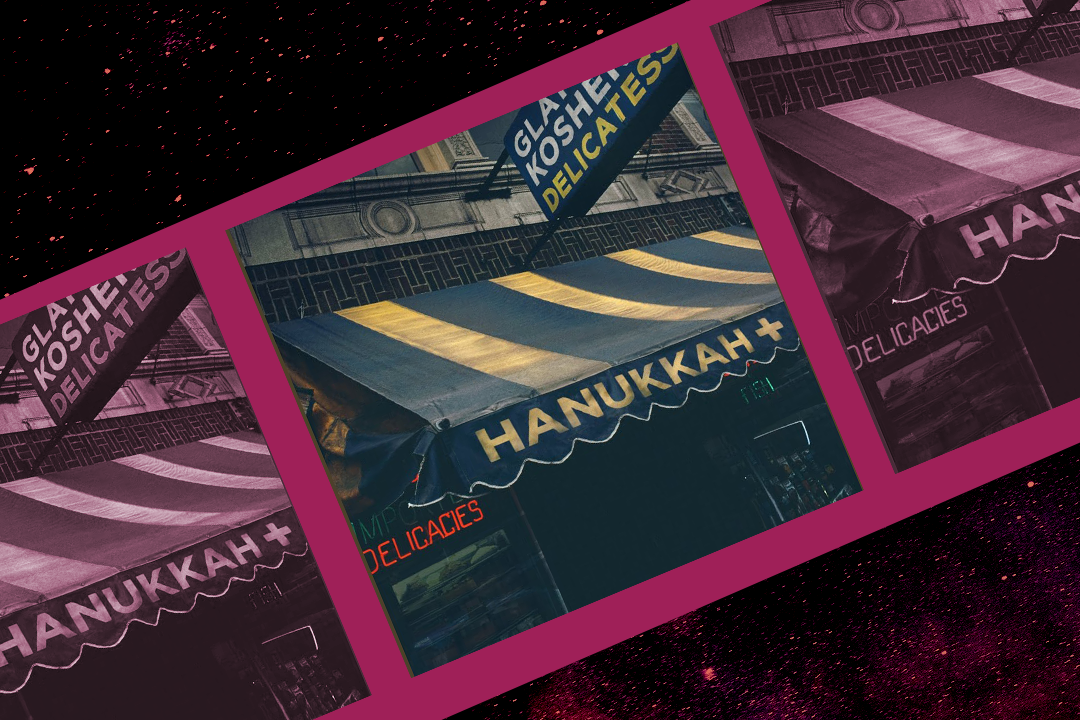 While we’re huge fans of great Hanukkah a capella music, this year, we’ve gotten something we really, really wanted for the Jewish Festival of Lights — a new and truly incredible Hanukkah album.

It’s called “Hanukkah+” (because that “plus” adds just a touch of je ne sais quoi to the delightful Jewish holiday), and it’s bound to give you and your little ones all the Hanukkah cheer.

According to our friends at JTA, the album is “the brainchild of Grammy-winning music supervisor Randall Poster, who was inspired by Yo La Tengo’s annual run of Hanukkah concerts.”

And here’s a break down of the songs:

It starts with THE BEST (we had to all caps this because it truly is that) version of “Oh, Hanukkah,” sang by the indomitable Hanukkah aficionado, actor and singer Jack Black (he will also teach you the Hanukkah blessing.)

Once you’re over that epic rendition, it is followed by “Dreidels of Fire,” by Moldy Peaches singer Adam Green. This song is a really fun retelling of the Hanukkah story with some some Hanukkah dreidel puns mixed in. Be warned: It does contain the expression, “How the heck do you explain that shiz?!” If  you don’t mind it being curse word-adjacent, we think your kids will love this one (you will, too).

It is then followed by the relaxing “Eight Candles” by Yo La Tengo, then Haim’s moving rendition of Leonard Cohen’s “If It Be Your Will.” These are great for when you need to unwind from all the Hanukkah excitement and come down from the post-gelt sugar rush.

The album picks back up with the Hanukkah-adjacent “Sing It Now, Sing It Somehow” by the Flaming Lips (it’s by the Flaming Lips, so it is obviously a great song!), and with Alex Frankel’s fun, electronic, and very personal “Hanukkah in ’96” which — proceed with caution! — does talk about getting wasted with your cousins, but is also really lovely and uplifting.

Then there’s what’s arguably the best song on the album, a true Hanukkah love song by Buzzy Lee, AKA Sasha Spielberg — yes, that’s Steven Spielberg’s daughter — called “Give You Everything.” Here’s a sample of the lyrics: “The first night I let you/Light the shamash/I wanted to tell you/I love you so much.” It’s the sweetest Hanukkah song ever and it’s great for the whole family!

After a relaxing instrumental number “Dedication” by Tommy Guererro, there’s Loudon Wainwright III with “Eight Nights a Week.” It’s the most awkward song in the album, but it’s also kind of delightful. Wainwright is not a Jew (of course) and makes it very clear in the song which he begins with “Should I sing about something/Something about which I don’t know (much).” And while he concedes that him singing about the holiday may be a “faux,” it is a really fun song. “Fresh hot latkes, yum yum yum” is, after all, another lyric!

Then there’s the most dance-y song of this album, aptly titled “Hanukkah Dance” by Watkins Family Hour. This one is going to be a lot of fun with the little ones, as the only lyrics to this upbeat bluegrass song are suggested dance moves (“around and around you go!”) and “Happy Hanukkah.” We dig it.

Then there’s the beautiful “Sanctuary” by Craig Wedren, in which he mentions apple cake and sanctuary. It’s a lovely, relaxing song and would be a great end to this album….

If it weren’t for the bonus (bizarrely Passover?) track, “Chad Gadya” by, that’s right, Jack Black. Black has always said “Chad Gadya” was the original metal song and, to be fair, it is an amazing rendition. We need Jack Black to sing all of the Jewish holiday songs, please.

To sum things up:

Best songs for kids: “Oh, Hanukkah;” ” Dreidels of Fire” (if you’re fine with “heck” and “shiz”); “Give You Everything;” “Hanukkah Dance”

Best songs for relaxation: “Sanctuary;” “Eight Candles;” “If It Be Your Will”