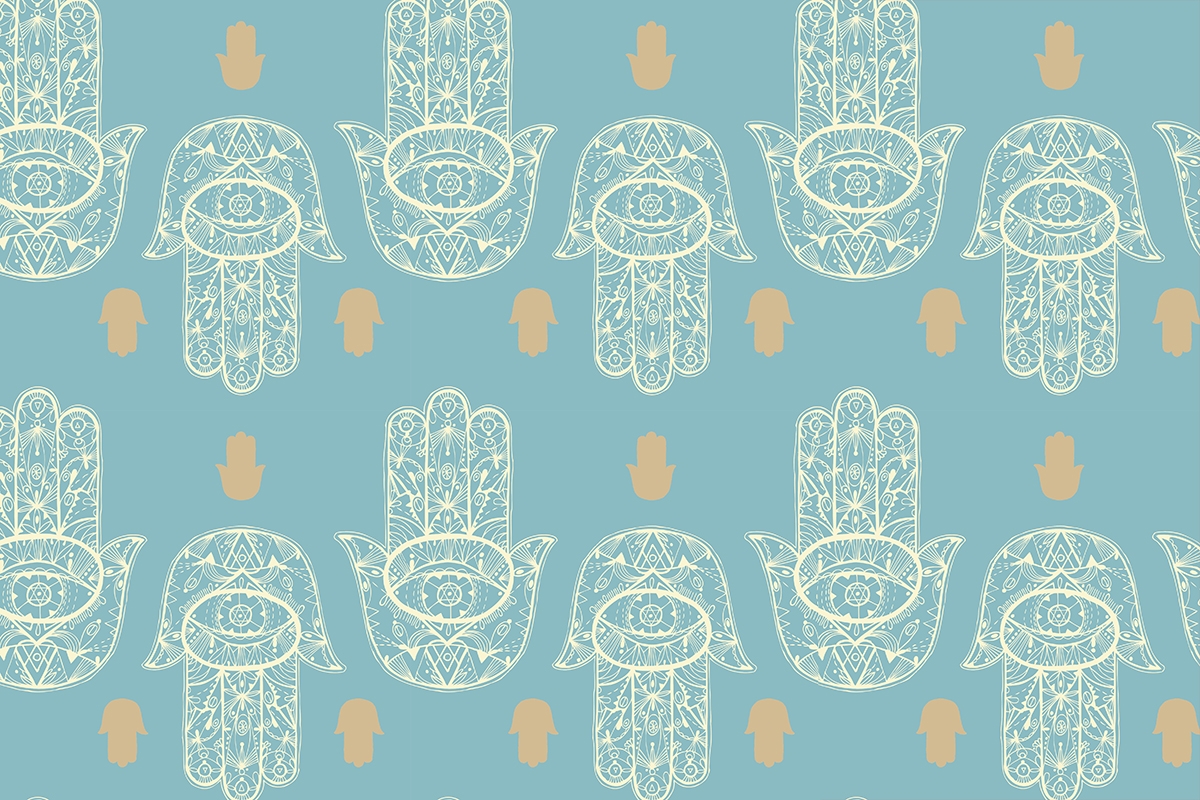 The Emoji 14.0 release was just announced, and aside from offering a greater variety of skin tones, there’s a new melting face emoji (to convey our pandemic parenthood feelings) and a new mirror ball emoji (for the parties we’re all missing because we’re still stuck at home). Most exciting of all? We’re also getting a lovely little blue hamsa emoji, which features a darling eye in its palm intended to ward off the evil eye — which is known in Hebrew as ayin ha’ra. (In case you need a refresher, this is “the idea that a person or supernatural being can cause harm with a mere look.” Yikes!)

The hamsa is, of course, not exclusively a Jewish symbol. Sometimes referred to as Miriam’s hand or Fatima’s hand (referencing Moses’s sister and Mohammed’s daughter, respectively), the hamsa “has been variously interpreted by scholars as a Jewish, Christian or Islamic amulet, and as a pagan fertility symbol,” according to our pals over at My Jewish Learning.

The symbol dates back to at least 14th-century Spain, and is popular among Sephardi Jews. As to how it gained Jewish significance? Jews have used it as a symbol to invoke the hand of God or to counteract the evil eye; you can find hamsas on Jewish wall hangings, jewelry and even hamsa mezuzahs.

Of course, the hamsa also seems to transcend religion and, especially in recent years, it has become a popular amulet for good luck. Even Britney Spears can be seen sporting a Star of David hamsa! Maybe that helped her during her recent court battles? (#FreeBritney!!!)

While superstitious Jews like yours truly already have the evil eye emoji 🧿 to pepper their texts with — I also like to think that the three drops, also know as the sweat droplets emoji could stand for pu pu pu 💦 — having an extra emoji definitely doesn’t hurt. After all, you can never do enough to counteract the evil eye!

The new hamsa emoji will be out sometime in late 2021 or early 2022 (a date hasn’t been set for its release as of yet) — and you can be sure that it will be in a frequent rotation in this (very) superstitious Jewish mom‘s texts. Hopefully, it wards off any and all the bad juju — maybe even Covid’s delta variant? Kinehora!