Have These Two Jewish Moms Made Organizing a Mitzvah? – Kveller
Skip to Content Skip to Footer

Have These Two Jewish Moms Made Organizing a Mitzvah? 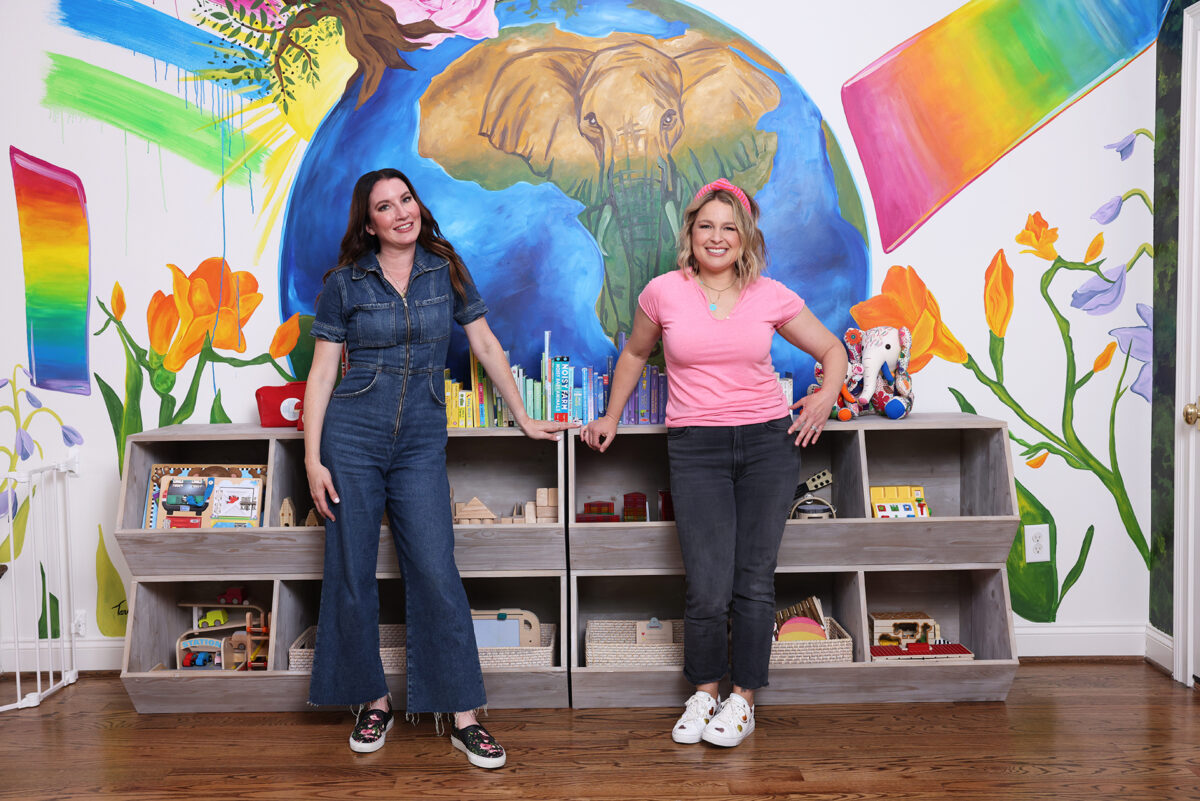 I’ve fallen deep into the rabbit hole of Netflix’s “The Home Edit,” and I have no desire to return anytime soon.

“The Home Edit” is a reality organizing show that centers around a business (and book) of the same name, created and run by friends Clea Shearer and Joanna Teplin. In each episode, the duo visits two homes (one of a well-known celebrity and one of an everyday family) to organize a specific room for them. The wow factor of the show is that the room isn’t just organized, but completely transformed by the time Clean and Joanna are finished.

The show is already phenomenal (for reasons I’ll get into shortly), but I was excited to discover that Clea and Joanna are both Jewish moms. It’s not a focal point of the show, but it’s still fun to hear them mention “we’re Jewish” occasionally, like when a client seemed puzzled they didn’t realize what her Jesus statue was. Reading through old interviews, I had to smile at their funny conversations about Christmas, which Clea grew up celebrating but Joanna did not. (I find this quote from Clea the most relatable thing about being Jewish and loving Christmas music: “I love Hanukkah, but like, they just need to come out with some carols.”)

Like any Jewish mom, part of their charm is in their relatable neuroses and anxiety, which they talk about openly — such as Clea’s tale of a denim-related medical scare in season two, episode five: “I’m telling you right now, when I get worried that my fingers are blue, it’s because I’m wearing brand-new dark denim. I’m gonna be very worried that I have contracted something, and I want you to remind me at that time it’s my dark denim. That happened to me once and I called the emergency line at my doctor’s office. And I said I thought I was losing oxygen, and she asked me if I was interested in going to the ER. I was like ‘I’m just gonna go splash some water on my face.’ So I went to the bathroom, splashed some water on my face, and blue started coming out into the sink — and then I realized it was my denim.”

Not only are these two women Jewish mothers, but the show itself is inherently Jewish to me. What does two women rainbow-coding household objects in clear acrylic containers have to do with Jewish culture, you ask? On face value, nothing — but on a deeper level, it ties into the core Jewish value of making the world a better and more beautiful place, aka hiddur mitzvah.

As a working parent who is parenting through a pandemic, my capacity to engage in making the world a better place is already low. When my home is a mess and I can’t find what I need, my bandwidth drops to zero while my burnout soars off the charts. How am I supposed to fix the world and make it a better place if I can’t even keep my own house in order? However, watching (cough, binging) through “The Home Edit” gives me a surge of motivation to take charge, little by little, over the smoking chaos of my pandemic-era home. Organizing my pantry gives me a sense of power again, like I have some kind of control over my life when it has not felt that way at all the last few years. Organizing my fridge, unexpectedly, builds my confidence. As Clea and Joanna write on their blog, “If you can manage a drawer, you can do so much more.” Maybe it’s just me, but the closer I get to a fully organized home (which admittedly is still very much a work in progress), the more I feel capable, grounded and present.

In one episode, new mother Danielle Brooks (of “Orange Is the New Black”) feels guilty about her desire for a special space for herself, and Clea and Joanna tell her in no uncertain terms, “You deserve a space for yourself.” When I organize my pantry in matching containers, it’s really something I do just for me; my child doesn’t give a shit if everything is labeled and pristine when he’s reaching for a handful of crackers. The moments I invest time and effort into things purely for myself are too few and far between in a culture of mothers as caregivers before anything else. But part of Clea and Joanna’s ideology is that home organizing should be looked at as a form of home design that serves us. “In this case and as always, the functionality comes first and then we will make it beautiful,” Joanna says.

Traditionally, the Jewish value of hiddur mitzvah is used to refer to making another mitzvah more beautiful — for example, decorating your sukkah or setting a beautiful Shabbat table. (Hiddur mitzvah is basically the aesthetic Pinterest board of the Torah.) It’s about heightening the experience for the person practicing these rituals by enhancing the aesthetics. Judaism revolves around ritual as a way to pause and notice every moment — even the smallest and most mundane — and elevating them to something more. Hiddur mitzvah takes that a step further to really celebrate the beauty of these moments as well.

I just love the idea of extending this concept to include our everyday lives. Sometimes it feels hard not to slip into an exhausted autopilot as we struggle to get everything done every day. It’s about survival, not pleasure. But what if hiddur mitzvah were expanded to incorporate these daily tasks? Why shouldn’t home organizing be elevated from another schlep to buy groceries that leaves me schvitzing to a stocked and organized pantry that makes me kvell at what I’ve put together and want to show my friends? If my household’s impetus for making the world a better place starts with me, then aren’t the actions I do to get myself there (even if they’re as simple as organizing my spice collection), well, kind of sacred? I really think Clea and Joanna are onto something with the way they view the world.

In short, am I saying that home organizing while you binge “The Home Edit” is a capital-M Mitzvah? I’m not, but I’m also not not saying that it’s a mitzvah. In a modern world, two Jewish moms have elevated chores through their business to become something relevant, mitzvah-worthy and so Jewish — and I’m kvelling.