Holocaust Survivor Celebrates 104th Birthday With 400 Relatives at the Kotel 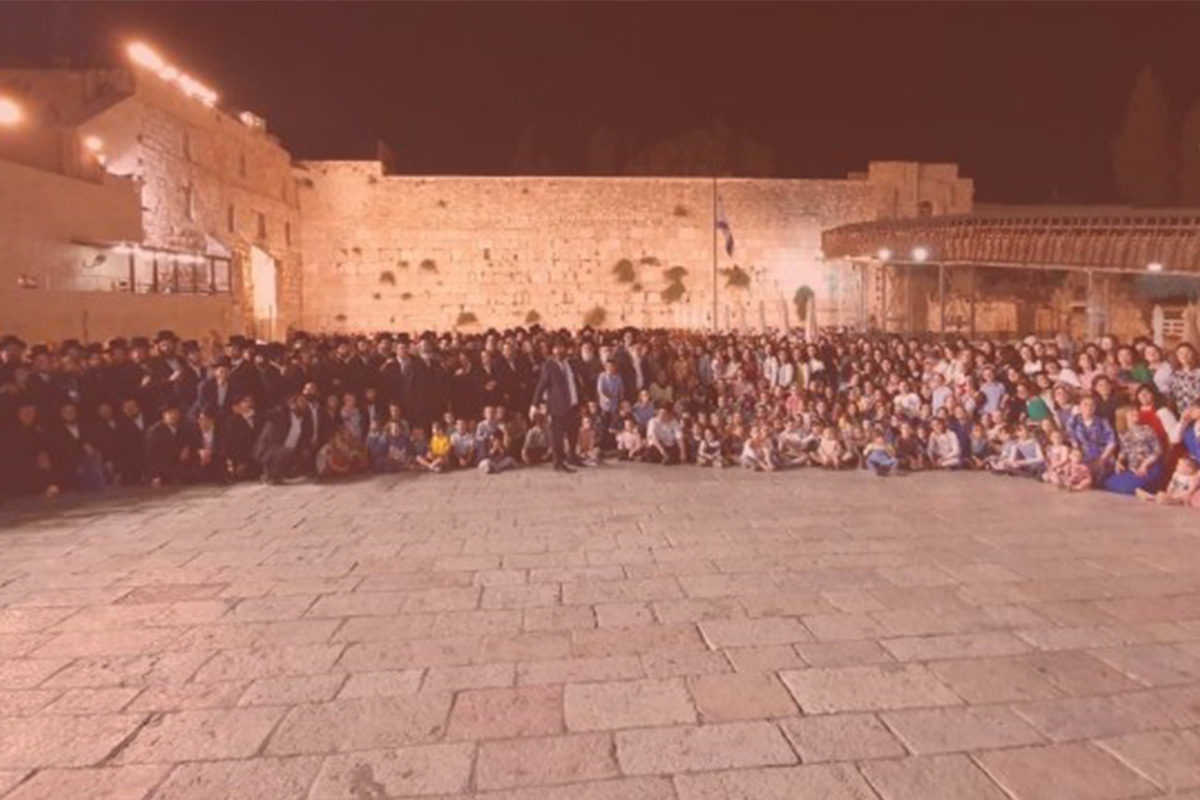 Holocaust survivor Shoshana Ovitz knew exactly how she wanted to celebrate her 104th birthday: with 400 of her closest descendants at the Western Wall.

This was Ovitz’s sole request for her milestone birthday, and so, her children and grandchildren worked very hard to make it happen.

“It wasn’t a simple thing to organize this rare event,” said Panini Friedman, Ovitz’s eldest granddaughter, of the Wednesday event.

Incredibly, even with 400 people attending the extended family gathering, not everyone could make it. “We’re missing about 10% of them,” Friedman said.

Friedman added that Ovitz asked her to create a list of all her grandchildren so she could pray for them. Unfortunately, that birthday request was just too complicated — so instead, Ovitz said she would pray that “everyone gets everything they need,” Israeli news site Walla reported. (OK, our hearts are melting.)

This is #Holocausr survivor Shoshana Ovitz. Shoshana asked all her descendants come together to #Jerusalem for her 104th birthday at the Western Wall…this is who showed up.

THIS is resistance. #Israel 🇮🇱 pic.twitter.com/TUfqVgqu4j

Ovitz is a survivor of Auschwitz, where Nazis tore her mother from her and gave her to Josef Mengele, the doctor infamous for performing inhumane experiments on prisoners.

After the Holocaust, she met her husband, Dov Ovitz, who had lost his first wife and their four daughters in the camps. The couple lived in Austria before moving to Israel, where they raised two daughters and two sons in Haifa.

At the Kotel in Jerusalem, Ovitz’s 400 grandchildren and great-grandchildren posed for a glorious photo that truly depicts triumph over anti-Semitic evil. Following Orthodox tradition, men in black suits stood on one side of the photo while the women, dressed in all colors, were on the other.

“Everyone was there with tears in their eyes,” Friedman said. “It was very emotional.”

Was this the party of the century? We think so. Mazel tov!