How Do You Teach Kids About the Holocaust? Not Like This. – Kveller
Skip to Content Skip to Footer

How Do You Teach Kids About the Holocaust? Not Like This. 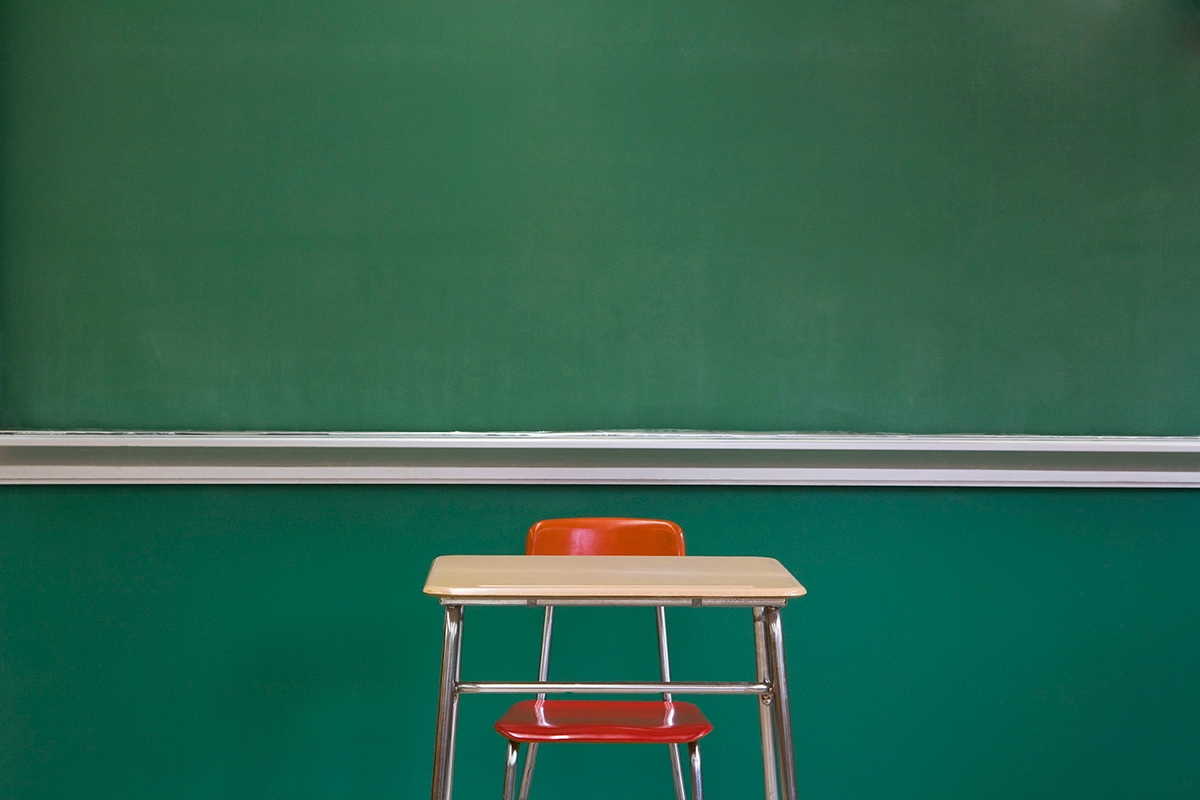 Teaching the Holocaust is important, but there’s no consensus as to what the lessons are.

Last week, an instructor at D.C.’s Watkins Elementary instructed third graders to reenact Holocaust scenes: digging mass graves, shooting Jews and dying in gas chambers. One student had to act out Hitler’s suicide. When asked why Germans treated Jews this way, one staff member responded, “because the Jews ruined Christmas.”

Authentic Holocaust education is critical. This abhorrent incident makes a mockery of that.

I’ve been thinking a lot about Holocaust education lately. Recently I started volunteering in public schools, telling my family’s Holocaust story to middle and high school students. Our story is the little-known Serbian one.

What should students be taught as part of mandated genocide education? Does it matter that 41% of Americans don’t know what Auschwitz is, according to a 2018 survey?

This statistic from a 2020 survey is even more concerning: 10% of adult Americans under age 40 don’t believe the Holocaust happened. There was no correlation between state mandated education and the level of knowledge respondents exhibited.

It appears Holocaust education may not be working.

Much Holocaust education today seems to focus on the importance of being an upstander — a noble idea and one that fits with events in Germany that took years to get to cattle cars and gas chambers.

However, in my family’s Yugoslavian story, citizens overthrew their government to prevent a pact with Germany. They were then brutally bombed by the Nazis without a declaration of war. In Serbia, there was an historic lack of antisemitism and extreme resistance to the occupation.

Both Serbian royalists and communist partisans fought fiercely. The Nazis executed 100 civilians for every one of their soldiers killed. They preferred Jews, Roma and communists for these retaliatory killings, but any Serbian civilian would do.

Tolerance and upstanding were not enough.

The camps in Belgrade, like the one where my grandfather was imprisoned, were a warning to residents. Most Jewish men in the capital city, including my grandfather, were forced to do slave labor beginning in April 1941, imprisoned in late summer and executed in the fall.

My father remembers the night around his third birthday, when his father didn’t return. He recalls his mother’s screams. She was pregnant with his sister.

In December, Nazis forced Belgrade’s remaining Jews to report to a former fairground, in full view of the city. Nazi soldiers didn’t like to shoot women and children. So those who didn’t die over the winter of starvation, cold and disease were murdered in a mobile gas van locals called the “Soul Stealer,” a precursor of Auschwitz’s gas chambers. It drove through Belgrade’s streets until all occupants suffocated.

In the Holocaust more Jews died outside the camps then in them. In Eastern Europe millions were murdered like my grandfather: shot near their homes by the dozens or hundreds.

All Holocaust stories are important. But what is the best way for them to be heard?

Learning about the Holocaust in Hebrew School as a pre-teen in the 1980s was traumatic. I wondered when such horror would come home to American Jews and if any of my Christian friends would hide me. My teachers said we studied the Holocaust to keep it from happening again, but the concept was more complex than something that would fit on a hashtag. While we studied what happened in the 1940s, genocides occurred in Cambodia and Guatemala.

I don’t think role-playing games, even when done thoughtfully, unlike what happened at Watkins Elementary School, could ever be an effective component of history lessons. My stomach hurts to think of myself as a child forced to engage as Jew or Nazi. I hate the thought of my children being told to do so. It seems the instructor in Washington, who warned students to keep the activity a secret, knew her behavior could get her in trouble. Imagine if these 9 and 10-year-olds had kept her dirty secret. I worry sharing my family’s story with similarly aged children will feed their own fears.

But then I think of the 10% of young American adults who don’t believe the Holocaust happened. At the very least, education attempts to combat deniers.

“My grandfather was an ordinary person, who was murdered because he was Jewish,” I tell students. “My father should have grown up with a father. I should have been able to meet my grandfather. Because of antisemitism that didn’t happen.”

Telling my family’s story is my tribute to them. I bear witness to their lives so they can live on, not only in my memory, but in the memories of the children who listen.