Why Holocaust Education Is More Important Than Ever 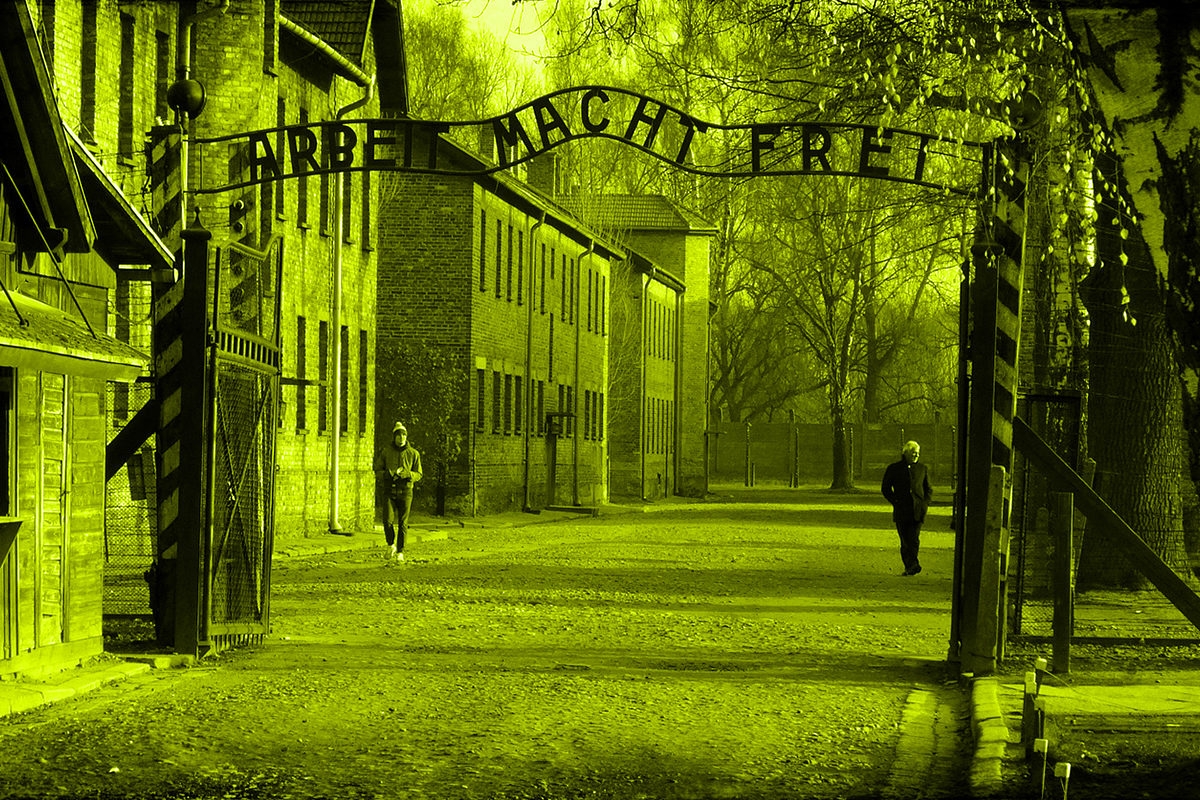 Increasing rates of ignorance, hate-related crimes, discrimination, dictatorship, and genocide are ever-present within societies across the world. If you are fortunate enough to walk through life without hearing bomb sirens, gunshots throughout the night, and the cries of loved ones, consider yourself lucky — only a fraction of the world lives without these fears.

As many generations of hardship pass before us, they take with them the scars endured during hard, painful lives: sometimes slavery, sometimes war, sometimes ethnic cleansing. No matter the time, geographic, or racial differences, we cannot allow history to repeat itself. We cannot forget or deny the past. We are fully responsible for our actions and decisions.

Between 1933 and 1945, the Holocaust was the genocide of 6 million European Jews — 6 million Jewish people who were systematically murdered. In total, more than 11 million killed as “defective.” Aside from Jews, they were gypsies, people of color, homosexuals, and the disabled, all murdered under the Nazi regime.

These are the cold, hard facts of the Holocaust. And yet, fewer people are familiar with them each passing year. In 2018, the Conference on Jewish Material Claims Against Germany commissioned Schoen Consulting to conduct a study of Holocaust knowledge and education in the United States. The study found that 70 percent of Americans believe that fewer people seem to care about the Holocaust than they should, and 22 percent of millennials are unaware of or not sure if they have heard of the Holocaust.

Young adults are becoming further separated from the historical truth of the Holocaust as many education systems within the United States do not require Holocaust education. (States that have legislation about Holocaust education include California, Connecticut, Florida, Illinois, Kentucky, Michigan, New Jersey, New York, Oregon, Pennsylvania, and Rhode Island.)

As Holocaust survivors pass away, the opportunities for first-person storytelling decreases, and, thanks to today’s hot-button issues of immigration and terrorism, both racism and anti-Semitism are dramatically on the rise worldwide.

Recently, my own very Jewish community dealt with these issues, when a local Boca Raton high school principal refused to state that the Holocaust was an actual historical event. As a member of the Palm Beach County School Board and, in fact, the sole Jewish member of the board, I was I appalled that an educator would say this. Above all, I was shocked that this level of denial would hit so close to home where so many members of the Jewish faith live, work and raise families.

There has been a dramatic increase in the number of Jewish children in our community since 2005: The number of Jewish children living in Jewish households has increased from 11,000 to 17,300. Moreover, nearly two-thirds of intermarried parents are raising their children exclusively Jewish. The City of Boca Raton, specifically, is one of the most densely populated Jewish communities with about 64,660 practicing Jews.

In light of this, the principal’s actions were particularly shocking. However, a silver lining in all of this is that it prompted me and others on our school board and in our community to take essential steps to enact the 1994 Florida Legislature’s state mandate, which passed the Holocaust Education Bill, requiring all school districts to integrate Holocaust lessons as part of the public school education.

Florida’s mandate on Holocaust education is clear, stating: “The history of the Holocaust […] to be taught in a manner that leads to an investigation of human behavior, an understanding of the ramifications of prejudice, racism, and stereotyping, and an examination of what it means to be a responsible and respectful person, to encourage tolerance of diversity in a pluralistic society and for nurturing and protecting democratic values and institutions.”

And yet, the Boca Raton incident highlighted the problem that Florida’s public schools weren’t really fulfilling Florida’s Holocaust education mandate as it was intended. And so, to ensure that Florida education law is strictly adhered to, and avoid future discrepancies of Holocaust instruction, I’m actively working with local legislators to pass a bill in Florida’s 2020 legislative session to strengthen Florida’s current mandate. This legislation seeks to strengthen the requirements to teach the Holocaust in the schools by creating the following curriculum standards: Provide instruction that further emphasizes the personal responsibility that each citizen bears to fight racism and hatred whenever and wherever it happens; prepare students to confront and understand the immorality of the Holocaust; promote students’ understanding of how the Holocaust contributed to the need for the term “genocide” and led to international legislation that recognized genocide as a crime; stimulate students’ reflection on the roles and responsibilities of citizens in democratic societies to combat misinformation, indifference, and discrimination; and preserve the memories of survivors of the Holocaust and provide opportunities for students to discuss and honor survivors’ legacies.

The bill also requires all schools that accept public funds (not only traditional public schools but also charter and private schools accepting government vouchers) to be mandated to participate in this education.

As time continues to separate us from the events of the past, I am focused on making sure our children and grandchildren never forget the atrocities that were inflicted upon the Jewish people and millions more during the Holocaust. Furthermore, it is imperative that we don’t allow deniers to get away with making up facts or rewriting history.

The Jewish community needs to rise up and voice their concerns if Holocaust education is not being taught. At the federal and state levels, we must work together to enact legislation mandating Holocaust education in all of our schools; we should also ensure Holocaust learning opportunities are offered in our communities and occurring in our homes. The conversation can start with your children at home, learn about what their instruction syllabus entails, keep the communications between your child and local school regular and healthy. If there is concern that Holocaust education is not part of the required curriculum, I encourage you to address your local school district board and write your state legislative representatives.

The Holocaust must be remembered, taught, and discussed through education, and community dialogue for the protection, well-being, and the future of humanity.

Image by DzidekLasek/1332 images via Pixabay