How the Holland Tunnel Commemorates the Holocaust 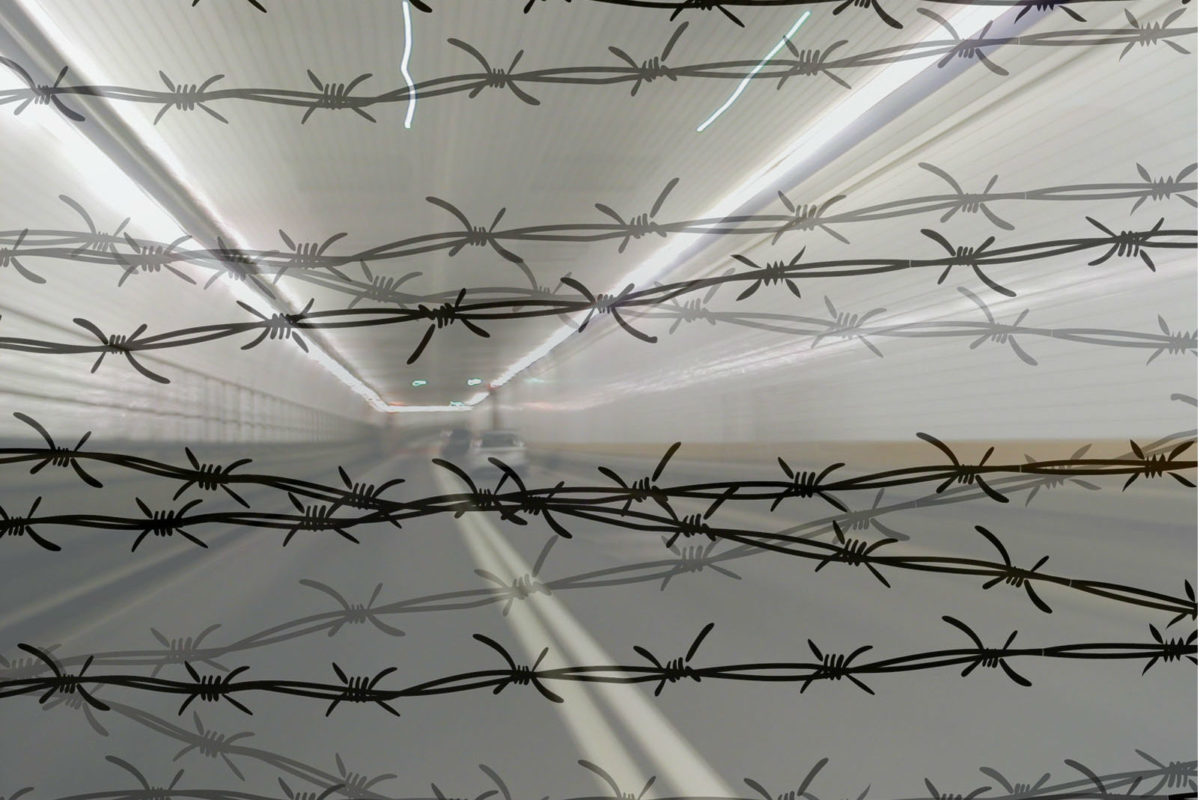 If you’re like me, you’re probably trying to balance how to teach your kids about the big, important things while not petrifying them with the harsh realities of the world. My twin boys are 4. They want to knoweverything — and sometimes it seems like they do.

But I also see them get scared of Antiochus on Hanukkah, or Haman on Purim, or the ever-looming “bad guy” that features in every animated series or movie, from Paw Patrol to Moana. I am reminded of how little they are, and how much time I have to expose them to both current events and dark chapters of history. At the same time, however, I need to continue to make meaning for myself.

Fortunately, you don’t need to attend an event in order to observe the day. In fact, if you’re one of the 300,000 people who commute into NYC from New Jersey, you may already be familiar with a landmark that could focus your attention  — as it does mine — on the sheer magnitude of the tragedy of the Holocaust.

That landmark is not the Museum of Jewish Heritage, as you might assume, nor is it “Liberation,” the Holocaust memorial statue in Liberty State Park. Rather, it’s the Holland Tunnel.

Let me explain. The Holland Tunnel is a 90-year-old architectural masterpiece that runs from New Jersey into Manhattan’s TriBeCa neighborhood. The tunnel’s two tubes are both approximately 1.6 miles, and they descend 93 feet below the Hudson River. Three sides of the tunnel — everything except the asphalt road — are covered by millions (literally!) of glazed white tiles.

Driving through the tunnels under the Hudson River was one of the small joys of my childhood. My parents, originally from New Jersey, would frequently drive us into the city when we were up visiting from South Florida. To entertain us, we would have a “lookout party” to find the dividing line between New York and New Jersey. There was a huge sense of pride for the person who found the line first.

Now that my husband, Isaac, and I live in New Jersey ourselves, we make the drive through the Holland Tunnel quite often. Sometime over the course of the years, during that familiar journey, I found myself staring at the tiles, trying to determine which colored lines demarcated what distance. I noticed cracked tiles, newly replaced tiles, and areas where tiles had fallen.

That’s a coincidence, of course. Still, once I made that connection, it left an indelible impression on me, and our drive has never been the same.

These days, when we pass through the Holland Tunnel, my family is usually piled in our car, singing songs from Frozen or Sesame Street or Come From Away. We are usually headed towards my in-laws’ homes in Manhattan and Brooklyn. The ride is typically a joyful one, as we’re usually en route to celebrate a Jewish holiday or a birthday.

But the Holland Tunnel disrupts the rhythm of our drive. First, the car slows — there is almost always traffic on the tunnel approach, no matter which direction you travel. Second, we lose the satellite radio feed. We literally slow down and have space and quiet to think.

As I look around the tunnel, I usually contemplate the myriad of white squares. No two are the same, and yet, no two are different. Some may have cracks or chips, others may seem like they were installed yesterday. But each has been purposely placed there. Each is an individual.

In these moments, I try to grasp the magnitude of 6 million. I am literally surrounded by the number, and yet  it is still too much to comprehend. If we were to measure by distance, it takes 3.2 miles of these approximately 4-inch tiles, grouted alongside each other, to reach 6 million. How many tiles can I individually see at speed? How long does it take for me to lose my concentration? At what point does my attention flag?

How much does 6 million actually look like? What does it feel like, when we can’t conceivably ever count that high? What does it mean to remember 6 million people — some of who may stare back at us from photographs, but who we never knew as individuals — who get lumped into a collective memory?

As Jews, we are asked to zachor, to remember. But honoring the 6 million victims of the Holocaust is not limited to one prescribed day or time. For me, it is more important that I mark a moment in the every day for those who did not get to see another day. I’m not quite ready to share the Holocaust with my children yet, but I can mark this passage with a moment of time and memory for myself. Not just on Holocaust Remembrance Day, but every time I pass under the Hudson River.