How to Raise Anti-Racist Jewish Kids 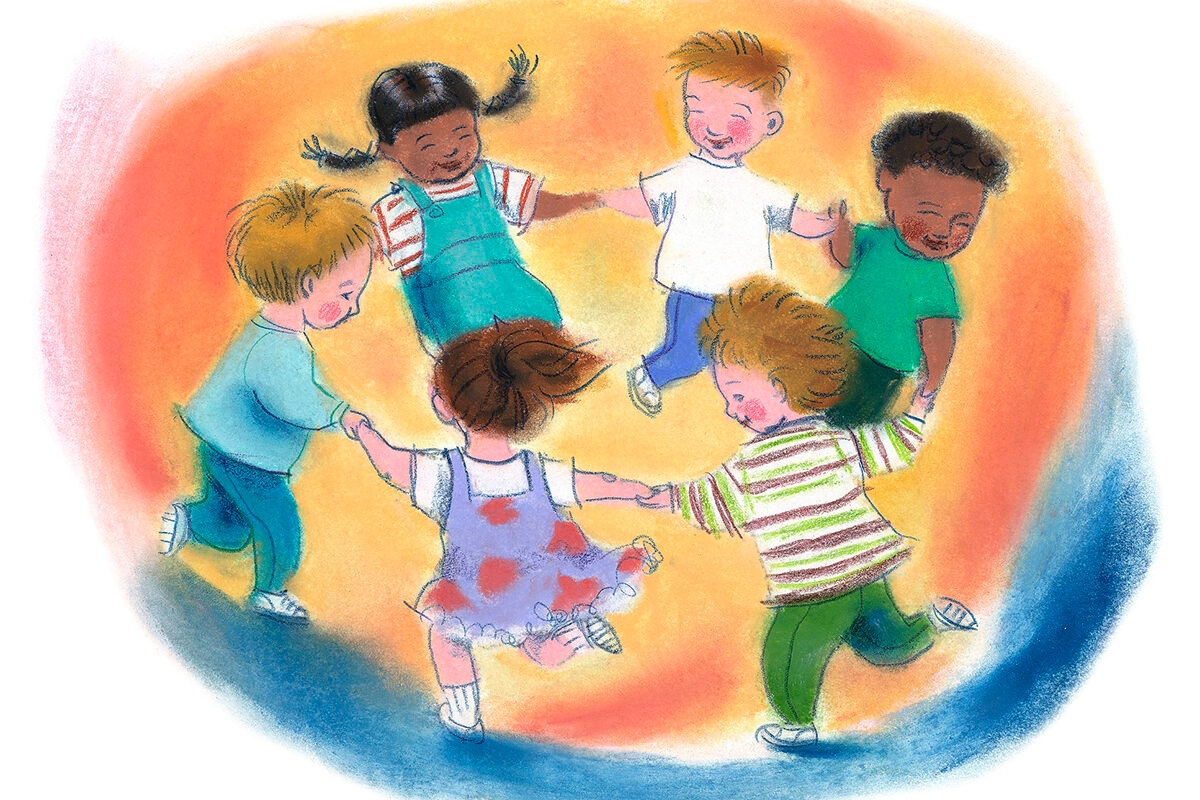 This Monday evening, I sat down with three amazing Jewish moms: Allison Barnes, a teacher and lifestyle vlogger; Marcella White Campbell, the marketing director for Be’chol Lashon; and Nina Essel, a social worker. We discussed how we’re talking to our Jewish kids about race.

It was truly an amazing conversation, and so many of their observations are actionable ideas we can all take to heart right now.

One of the great takeaways from this conversation was that we need to talk to our kids about Black excellence — and not just about struggle. One series of books that both Essel — who is a mom of two young kids, and Barnes, whose daughter is 7 months old, recommended is Vashti Harrison’s beautiful Little Leaders books. We also talked about having Jewish books that show People of Color doing what all our kids do, like riding a bike and celebrating Shabbat (like the characters in the books from this list of diverse Jewish books).

The most important takeaway for white or white-presenting Jews, in my eyes, is that we all need to start talking to our kids about race more.

“If you’re not talking about race with your children otherwise, all you are saying is white is the default,” Campbell, who wrote the recent Kveller piece, “What to Say and Read to Your Children Right Now About Race,” said. “The place to start, that so many people don’t realize they’re not doing, is: Do your children know they’re white?”

“You have to normalize talking about race, and you can only do that by acknowledging that race exists… and you can start with you,” she said. “Once you’ve done that, once you’ve begun to have the conversation about race and to make your child understand that it’s not racist, it’s not bad.”

“Parents have to start with themselves. What are you modeling for your child? It’s essential,” Campbell stresses, “and it’s something that People of Color can not do for you.”

For Campbell, the inability of white parents to talk to their kids about race impacts her personally: “My kids [who are now 15 and 20] were and are often the one person of color in a room… and I had some sobering moments talking to them about microaggressions and the number of microaggressions they go through in a day… and I became a bit angry because I realized that parents have a responsibility to make sure that doesn’t happen to my 6-year-old.”

Essel, who is white and who is the descendant of Holocaust survivors, knows that for some Jews, acknowledging their whiteness isn’t easy. But it’s something that needs to be done.  Essel’s husband is from Ghana, and she explains it all with the “the 100-yard test,” as she calls it: “From 100 yards away, can you tell that I’m a Jew? From 100 yards away, can you tell that he is a Black man?” Here in America, we can choose when to divulge that we are Jewish — and that gives us privilege.

Another important takeaway is that we need to internalize as Jews that not all Jews are white.

“Oftentimes, people say Jews and Jews of Color, like the Jewish group does not include the People of Color,” Barnes says. “I think it is important that when we are saying Jews, we’re talking about anyone who falls under the umbrella of Jewish… and not just to talk about white or Ashkenazi Jews.”

For Campbell, this is one of her biggest pet peeves. And while well-meaning Jews are trying to talk to their synagogues about race, it’s important to stress that cries for activism need to be inclusive too: “You tell a group I’m in, ‘We need to acknowledge our white privilege,’ and I can not do that,” Campbell reminds us. By saying that from the pulpit to an entire synagogue, we are erasing Jews of color. So we — and our leaders — need to be more sensitive.

Barnes, who wrote “What Not to Say to Jews of Color, and What To Say Instead,” feels that it’s important to point out the many microaggressions that Jews of Color go through.

“I wrote this piece because I want to believe that… people are the nice kind of ignorant. That they don’t mean to be offensive,” she told us, acknowledging her belief that white-presenting Jews who make assumptions about Jews of Color — by asking them if they’ve had a bat mitzvah, or when they converted —  are not doing it on purpose, and that they “want us to be part of our community in a happy and healthy way.”

Essel has plenty of tips for how white presenting Jews can keep this moment going: “I think that it’s really important to get comfortable being uncomfortable,” she says. “It’s hard work to examine yourself. There’s a lot of things that you might be saying or doing that could be harmful.”

For Barnes, it’s important that our Jewish leaders also start making structural changes. This includes something as simple as bringing different types of food to Jewish gatherings, things that represent the diverse cultures many Jewish people come from.

“Make it custom that Jewishness is vast... Jews are diverse, but they’re all Jews,” Campbell says.

Lastly, an important thing we discussed is how so many resources right now are directed at white or white-presenting Jews. Black people in this country right now are grieving at this moment, or as Shekhiynah Larks wrote for Be’chol Lashon last week, Black Jews are sitting shiva. Barnes stressed how important self-care is for Black Jews right now.

“Making space for yourself to not accept help and to not know what you need right now is really really important,” she says. “And allies can also think about that too… What would you do for a friend that was grieving?”

But what we all should take away is that Blackness is not the problem but anti-Black racism is — and that being Black is not inherently negative or inherently scary. “I love being Black,” Campbell says.

I encourage you all to watch the entirety of this truly impactful conversation and for us all to keep having conversations like this one beyond this week or this month. It’s crucial that we work to make important, lasting changes in our Jewish spaces (and beyond) — for these amazing mothers’ kids, and for all our Jewish kids.