What ‘Hunters’ Gets Right — and Wrong — About Judaism 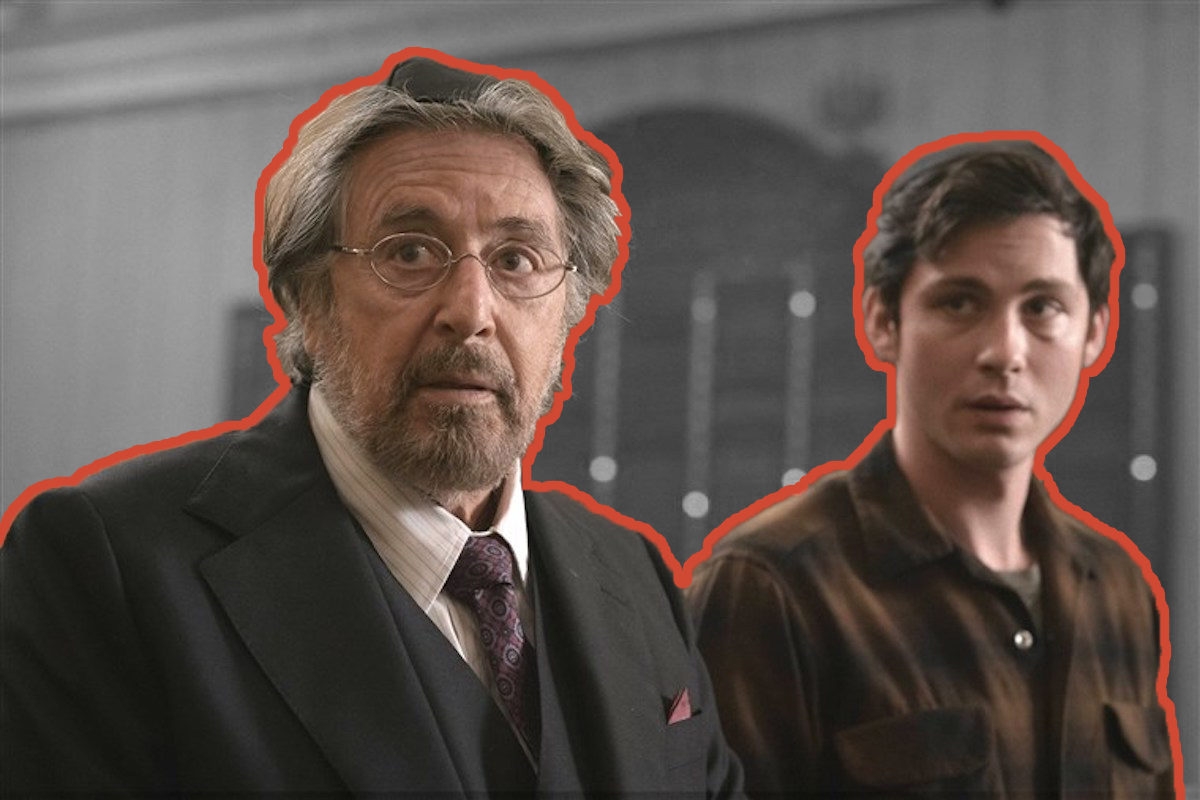 Amazon’s Hunters — the new series starring Al Pacino as the Jewish head of a group of Nazi hunters in 1970s America — is drawing both zealous love from viewers and heated criticism from TV critics and historians about the way it plays fast and loose with facts.

So far, the most heated critique has come from the Auschwitz Museum (which, to be fair, is not exactly shy when it comes to criticism). The museum said the show’s depiction of  Jewish prisoners at the Nazi concentration camp who were forced to kill each other in a deadly game of chess was “dangerous foolishness and caricature.”

I’m going to be honest: I almost stopped watching the show after I saw that very graphic and very intense scene. But that wasn’t because I thought it was historically accurate — at no point did I think that — but because it seemed needlessly violent and cruel.

But I pressed on, and I’m glad I did. Hunters is a fascinating and unique show. It may be flawed but it has many merits. And, to be frank, I think the Auschwitz Museum’s critique is a bit condescending to Hunters viewers. It assumes that we can’t tell the difference between historical documentary and a very obviously over-the-top, fictionalized show that takes a lot of artistic licenses with the facts — which Hunters very clearly does.

There are scenes, like the aforementioned one, that are highly fictionalized, which I think come off as a style choice by the series’ creators. But then there other scenes — particularly those that touch on Jewish practice and scripture — which seem to be the fault of not-careful-enough research.

I’ve already fact-checked some key facts from this show for our sister site, JTA. Here, I’m going to delve into what Hunters gets right, and what it gets very wrong, about Jewish life. Here goes:

Would prisoners at Auschwitz have known the tune to “Hava Nagila?”

It’s possible — and even likely. The words of “Hava Nagila” were written in 1918 to celebrate the Balfour Declaration, the 1917 statement in which British government declared its support of a Jewish national home in Palestine. The first commercial recording was made in Germany in 1922, years before WWII. So it’s entirely possible that Jewish prisoners in Auschwitz knew the song, though we don’t know whether or not they played it in the camp to defy Nazi guards, as was shown in Hunters.

It’s unlikely that Ruth, Jonah’s grandmother who was an Auschwitz survivor from Germany, would go by safta, which is the Hebrew word for grandma. While German Jews did know biblical Hebrew, it’s likely that they would have either spoken German or Yiddish — and not Hebrew — at home, meaning it’s far more likely Ruth would go by bubbe (Yiddish) or oma (German). It’s not impossible, however. Early iterations of Modern Hebrew did exist at that time, it’s just not very likely.

Is a shiva only observed by direct relatives?

At the shiva for his grandmother, a deeply bereaved Jonah, seen sitting in a low chair, gets scolded by a Jewish woman, who tells him that only direct family is supposed to sit shiva for the deceased. Technically, that is correct. The only people for whom one is obligated to sit shiva and observe the other Jewish rites of mourning are immediate family: parents, siblings, spouse, and children — and not grandparents. However, Ruth was hardly the only Holocaust survivor around without many surviving family members to sit shiva for her, so Jonah’s situation would not be that unique or egregious.

Would you say “Baruch Hashem” while leaving a shiva?

Not likely. Baruch Hashem literally means “blessed is God,” though it translates more colloquially as “thank God.” Although many observant Jews say “Baruch Hashem” quite often, it’s not a phrase that’s typically used when saying goodbye, and it’s a particularly cruel thing to say about a person who has died.

Watching “Hunters.” I get it. They’ll make mistakes about Jews. They shouldn’t but they will.

NO ONE LEAVING A SHIVA HOUSE SAYS “BARUCH HASHEM” TO A MOURNER.

Does the Talmud really say the best revenge is living well?

No, it does not. This phrase, which Pacino’s character, Meyer Offerman, attributes to the Talmud — and then refutes with a totally badass line, “You know what the best revenge is? Revenge” — is actually attributed to George Herbert, a Welsh poet and priest who lived in the 16th and 17th centuries. That’s right, an actual priest wrote this line — that’s almost the opposite of the Talmud.

What is Birkat Kohanim which Jonah attempts to recite at the Markowitz wedding, and why would you say it at a wedding?

Birkat Kohanim is an ancient priestly blessing that has been passed through generations. It is part of the Shabbat prayer ritual (among other liturgical contexts), and Kohanim — those whose last name is Cohen and are believed to be descendants of the ancient priests from the Temple in Jerusalem — may sometimes be called to recite it at a wedding to bless the groom and bride. Neither Jonah nor his grandmother, who was originally called to say the prayer at the wedding before she was killed, are Kohanim, so this is a bit strange, especially in the context of a traditional Jewish wedding. Maybe the show’s creators just wanted to show off Logan Lerman‘s excellent Hebrew pronunciation?

What is Birkat HaGomel — the blessing Jonah ends up reciting at the wedding?

HaGomel is a Jewish prayer of gratitude to God for surviving a great feat — a surgery, an accident, childbirth, and yes, possibly, even the Holocaust. It’s not necessarily an appropriate blessing for a wedding, unless the bride, husband, or someone in their family is overcoming in particular.