Safta or Savta – Kveller
Skip to Content Skip to Footer 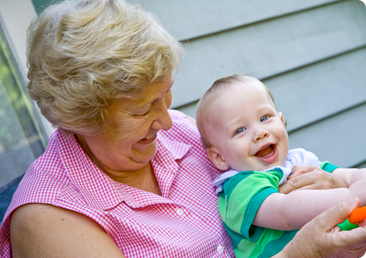 Gotta love the love from the safta in your life

If you’ve got a rockin’ grandmother who just doesn’t seem like the “bubbe” type, maybe the best name for her is safta. Safta means “grandmother” in Hebrew, and we think any grandmother who calls herself safta is kind of… well, badass.

A safta doesn’t wear orthopedic shoes and she isn’t the matronly type, but she’s still great at covering those grandkids in kisses. (It’s also what Jonah calls his amazing, Nazi-hunting grandmother in the hit Amazon show Hunters).

So is it pronounced safta or savta? Well, that’s up for debate. While it is written in Hebrew with the letter “bet,” which would make the correct pronunciation savta, many Israelis call their grandmothers safta — it’s just easier to say, especially for kids.

Though we think safta is an awesome name for a grandmother, if you’re looking for more, check out our list of Jewish grandparent names.