I Left Israel to Give My Kids the American Dream. Is This It? – Kveller
Skip to Content Skip to Footer

I Left Israel to Give My Kids the American Dream. Is This It? 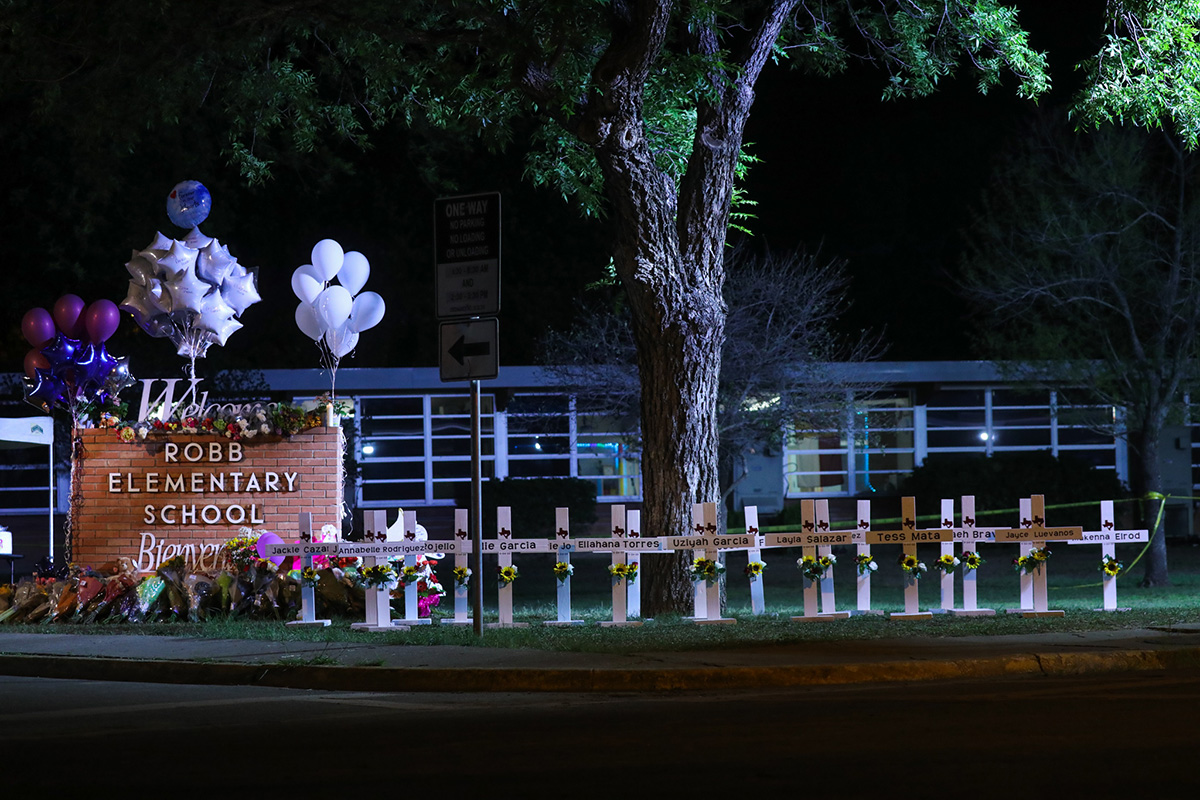 On the day when the shooting happens, I finally unlock what some say is the most vital part of the American dream. My husband and I have a house in the suburbs now, big trees towering above — no picket fence, but a wide expanse of green and room for the pattering of tiny feet. As we sign the paperwork, we each take turns rocking our baby on our legs.

This house is for our children. We say it over and over again. If it were just him and me, we would be content with the walls of a small Brooklyn apartment, with the city streets as a backyard. Instead, we chose to give them rooms to grow into, a shingle roof, manicured lawns and a garden to plant and grow together.

Like so many of the families in Uvalde, Texas, I am an immigrant. I came here to this country with a dream to give myself and my children a better future. As we drive home, our baby sleeping in the backseat, we hear the news of 21 dreams extinguished by an AR-15.

Just like the shooter at Robb Elementary school, I got my first rifle at 18 — it was borrowed, not bought, and a few weeks later I returned it, along with magazines full of bullets, to an army warehouse. It scraped against the fabric of my coarse olive green uniform, pushed against my core as I slept with it under my army-issued mattress. As I shot it at a dusty military range, I couldn’t help but think: I am too young and too stupid for this.

When I was young, not much older than my oldest son is now, I was promised that maybe I wouldn’t have to go to the army when I grew up. When I moved away from Israel to the U.S., I found comfort in the fact that this was one false promise I wouldn’t have to make to my children. But instead, I find myself with a much more harrowing false promise to make. Each day I send them to school, I’ll have to tell them they are safe when I know they are not.

I grew up in a country where the faces of fallen soldiers greet you every morning at the entrance of schools, with a memorial wall for the soldier alumni who perished. And yet I knew that I was safe in the walls of my classrooms.

I come from a place dubbed the holy land, yet I cannot fathom how one could value thoughts and prayers over actions to protect the sanctity of the lives of our school children. I come from a land known for such violence, yet it has never treated the life of its young with such callousness.

I come from a place known for occupation and war, shelters and bombs, missile fire and violent attacks in the streets  — for all those reasons, I’m glad my children are growing up somewhere different. And yet, it’s also a place of gun control — it’s very hard to obtain a permit for a weapon in Israel. Once, someone tried to partially blame school shootings on America’s militarization, and I attempted to refute the argument by saying that I come from an even more militarized place. They scoffed at me, but it was true — school shootings don’t happen in Israel.

For God's sake stop saying the gunman acted alone. He acted with every Republican Senator and at least one Democrat, who feverishly block all attempts at gun violence prevention.

The week before the Uvalde shooting, I talked to Jewish comedian Michael Ian Black about his book “A Better Man,” an open letter to his son about boyhood and masculinity which is bracketed by school shootings. I was distracted during our interview — my son was terribly ill, and being faced with your child’s mortality is a haunting, awful thing. I told him how his book feels just as relevant now, two years after it came out, especially after the Buffalo shooting that had taken place the week before. As we ended our call, he told me that this would not be the last time his book feels pertinent, the last mass shooting.

It’s an awful thing to be right about this week. It’s an awful thing that these shootings feel unavoidable. It’s an awful thing to, once again, be faced with our children’s mortality this way. I return, over and over again, to an Onion headline: “‘No Way To Prevent This,’ Says Only Nation Where This Regularly Happens.” I come from a country that prevents this — so many other immigrants in this country do, too. The 21 victims of the Uvalde shooting should still be with us.

Yes, in Israel, we send children to defend our country, in uniforms and guns — but at least they know they’ll be in danger.

Every day, the children of this country get drafted to be part of a war, one that they didn’t sign up for — a cynical war waged by politicians and gun lobbies. Almost every mass shooting involves an AR-15, and yet we refuse to outlaw them; so many shootings are committed by young, angry men, and yet we don’t restrict their access to guns. Too many men and women in power send us the message that guns are more important than the lives of our children and of their teachers, who are meant to foster their growth, not shield them with their bodies.

I had my children in this country hoping, in part, to protect them from violence. But when I see images of Alithia Ramirez and Irma Garcia — all the Uvalde victims and their families, another community devastated by this same gun — I recognize that’s an American dream that, for now, I cannot give them.