I Planned for a Large Jewish Family. My High Risk Pregnancy Changed That. – Kveller
Skip to Content Skip to Footer

I Planned for a Large Jewish Family. My High Risk Pregnancy Changed That. 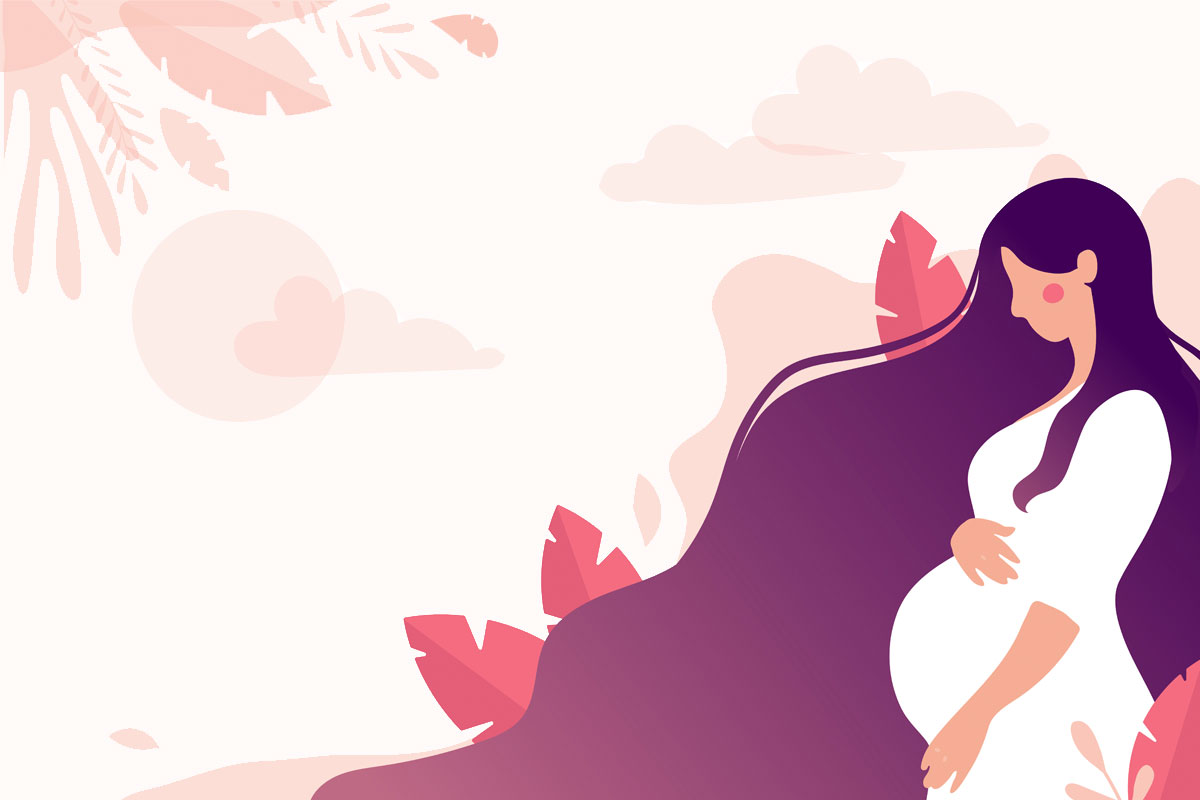 “Go to college. Get married. Have children. In that order,” my mother said to me as she stood over the kitchen sink cleaning a chicken for Shabbat. I was 4 years old. We were sitting at our kitchen table and she had just presented me with a Holly Hobby rag doll moments before.

“Here, mamaleh, I’ll teach you how to hold her and keep her warm. We’ll wrap your baby tight.” My mother called me mamaleh, or little mommy, a Yiddish term of endearment, but with a clear message that this — being a mother — was my fate. I watched as she washed her hands and then took my baby blanket and folded and tucked the corners around my doll to swaddle her.

As a Conservative Jewish girl from Brooklyn, I was born and bred to be a mother. I had been a mommy-in-training from the tiniest age, and my mother repeated her directives throughout my life. By the time I was 32, I had successfully accomplished the first two, and now, after moving into my husband’s rickety old farmhouse in the Hudson Valley, I was well on my way to checking off the third. Just a few short months after we were married, we decided we had waited long enough. Getting pregnant had been easy, but at 18 weeks, everything changed.

One sunny afternoon, I was strolling around New York City with my husband when I felt an unusual pain in my lower belly. We drove back home to our farmhouse, and the next day, after a quick examination, I was rushed into an emergency sonogram. I had three large fibroids growing in my uterus right alongside the baby and one of them was pressing directly on my cervix, causing early effacement. I was told I’d be lucky if my child made it to 24 weeks. My doctor sentenced me to strict bed rest for the remainder of my pregnancy.

Once the initial shock of being confined to bed wore off, I was left with a jumble of emotions to sort through, including sadness, grief, fear and anxiety. While those proved difficult to navigate, there was one emotion I couldn’t even bring myself to talk about: shame.

I was consumed by it. I felt that I had somehow put my baby’s life in danger, that my body wasn’t good enough and that I had caused this. I struggled with a nonstop loop of blame that made me feel as though I had failed at the very essence of motherhood before my child was even born.

In the Jewish religion, it is a mitzvah to have a large family, to procreate and ensure future generations. Most of my friends were way ahead of me, popping out their second and third child. They had been checking off the boxes easily, fulfilling their goals of a large family, while I wasn’t sure I would be able to have even one child.

As the weeks became months, my body continued to fail me at every turn. I developed gestational diabetes. I had hip dysplasia, making it almost impossible to walk, and my muscles began to atrophy. I questioned how I would ever be a good mother if I couldn’t even keep my own body from falling apart. My baby deserved a chance to be healthy and viable, but I was proving to be a burden to my growing child.

Raised within a tight-knit Jewish community, sharing our simchas and our tsuris, I had planned for six children. As a child, I would glimpse into a neighbor’s window if the blinds had been left open and see a large family sitting down for Shabbat lunch, the sterling silver candelabra still on the table from the night before, the blessings being said before the meal. I longed to recreate that in my own home.

Now, in bed, instead of imagining huge family gatherings, I obsessed over my fibroids. I pictured them hairy with teeth as though they were monsters. My womb was no longer a warm inviting place to nurture a growing child, but a cold, clinical one that was continuously poked and prodded. It wasn’t long before I was consumed by prenatal depression.

I was so embarrassed, I never spoke about these feelings with anyone. And then one day, during a phone conversation, my mother mentioned that she’d had fibroids. At first, I thought I’d  heard her wrong. I had been on bedrest for months, and she had never mentioned this.

I began asking questions and it led to a long conversation in which she told me of her own struggles with her reproductive health. Our heart-to-heart made me realize that this is something that women don’t talk openly about nearly enough, especially in the Jewish community, where many of these issues are kept private.

As my mother spoke to me with love about her own difficulties, I began to understand that I was more than just an incubator for my baby. In fact, I was doing what women have been doing since the dawn of time. I was putting the needs of my child ahead of my own, willing to give up my autonomy, my career and my financial well-being before he was even outside my body. That is what made me a mother.

By the time I arrived at the hospital to give birth, not at 24 weeks as my doctor projected, but on my baby’s due date, I labored for 36 hours. As I soaked in the birthing tub, I realized, perhaps for the first time, that my body was not weak and useless as I had thought. It was strong and powerful, and it had grown an entire human being. I understood that I was about to perform a miracle, and though I was told not to have more children, it turns out one beautiful blessing was all I needed.

Parts of this essay have been adapted from  “Knocked Down: A High-Risk Memoir.”