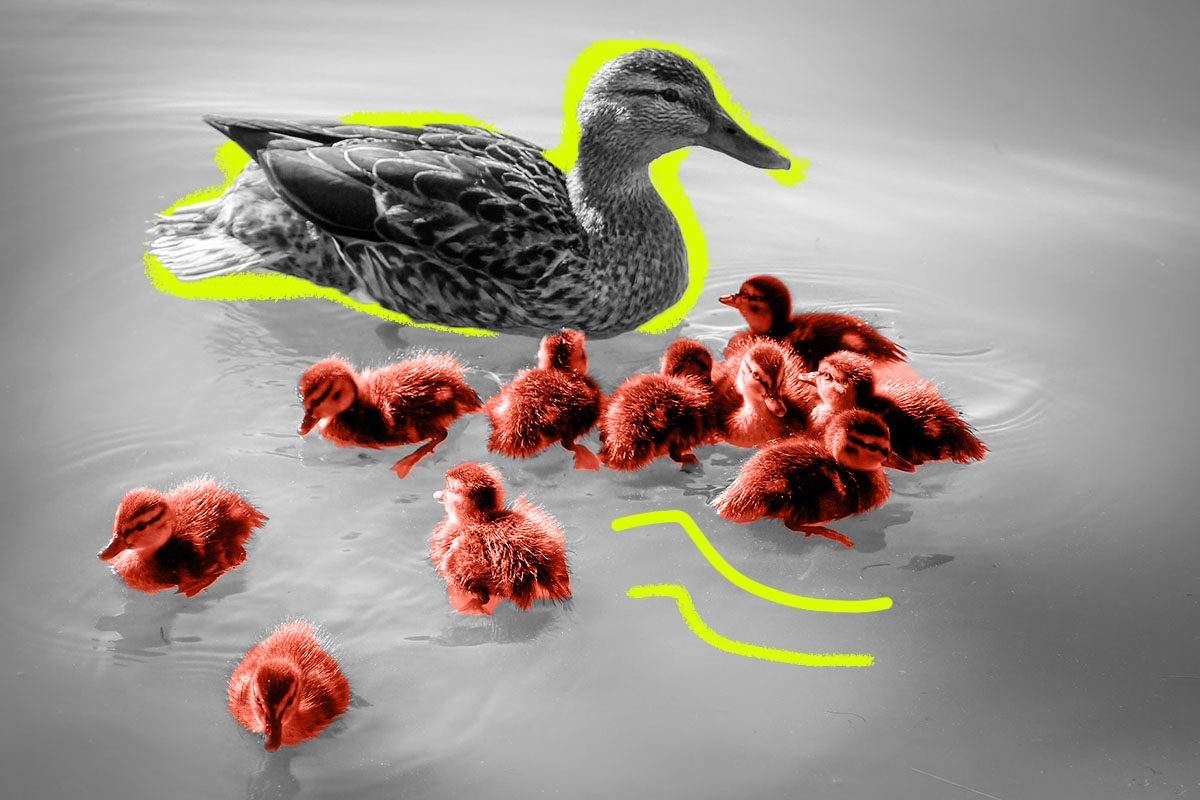 I have a confession. I am a recovering TLC big family reality-show junkie. From Kate Plus 8 to Sister Wives to the mother of all giant family shows, 19 Kids And Counting, I just couldn’t get enough of these humongous families and their ever-growing broods.

From the moment I learned I would be a mother, I became weirdly fascinated with all things related to being pregnant and raising a family. What started with a binge watch of I Didn’t Know I Was Pregnant soon lead to A Baby Story, and then to anything I could find about families. I found myself particularly hooked on the televised tales of the Duggars and other large broods. After all, I knew a show about an “average” family like mine — two adults, two kids, and none of us are named Kardashian — wasn’t going to draw the viewers.

For some reason, I seem to be surrounded by large families in real life, too. Or at least, on my social media feeds, where I happen to know a number of outsize Jewish families. As a Jewish woman who grew up in Queens, my inner and extended circle has always included a number of Jewish friends. Though I attended public school, I was very active in BBYO and I attended the Conservative Jewish camp, Ramah, for 10 summers, two which were spent on staff.

Yet when I was in college, like many young adults, I found myself pulling away from Judaism. At the same time, however, many of my less observant Jewish friends from high school were drawn to Chabad. A solid group of my friends grew more observant over the years, adapting a Jewish lifestyle that openly embraces having an abundance of children. These days, they share pictures of smiling kids buckled in minivans, and videos of multiple double strollers being pushed through Disney World. Every year or so, I can count on them to share the news of another baby.

Though we may be sorority sisters, high school classmates, or camp friends, our lives are vastly different today. While my home is kosher and we are members of a Conservative synagogue, I have just two children of my own, ages 7 and 4. Having a large family was never my dream, and I couldn’t fathom handling any more offspring. I already feel like I’m struggling to get a handle on my two — I can’t imagine how parents take on five, six, or even 10 kids.

Yet, as I watch these reality shows, follow large families across social media, and keep up with my more religious friends’ ever-expanding broods, I wonder — just for a bit — about what my life might be like if my husband and I had more children.

I picture kids running around our yard, children playing games together, older kids helping out with household chores. I envision Shabbat meals full of spirit and homes packed with families for the Jewish holidays. I imagine my kids never being bored or lonely. I see a home full of love.

I fantasize about having a bigger family the way I fantasize about packing everyone up and moving to Finland. It sounds lovely in theory, but the reality is not very practical, at least not for us. Just the thought of having to upgrade from our five-passenger SUV — which I love — to a minivan gives me pause. There’s also the added costs of summer camps, college education, and all the other endless expenses that come with raising children.

But these are superficial reasons. They mask the truth, which is that deep down, I know having more kids makes no sense for my family.

While I have a good support system, my plate is more than full. My older child is highly sensitive and demands a good deal of my attention. With my youngest now 4, the mere thought of another child only entered my mind fairly recently. I was finally at peace with his traumatic birth, which involved a 30-minute labor resulting in an emergency home birth, him losing too much blood and oxygen, and me praying for his survival. And now, when I contemplated how far I was out of the diapers, late-night feedings, and other exhausting tasks associated with having a newborn, that initial thought was immediately shut down.

My life is starting to make sense and feel like my own again. These days, I am able to do simple errand like grocery shopping without a screaming child in tow. I spend more time on my writing, I connect with my husband more, and I feel more like the woman I was before my children were born. It’s lovely.

And yet, I still wonder what it might be like if I had more children. I see those posts from large families. The kids are often a bit disheveled, looking in different directions, as you try to get a decent picture. I see the chaos and the work, but I also see the love. Maybe it’s social media and the pressure to show a curated view of reality but, to me, those families look happy. And not superficially staged happy, but the deep happiness that comes from sharing your life with others.

Of course, I know the reality is large families struggle just like anyone else. There are financial concerns, navigating special needs, and hoping you do right as parents.

Yet, I know some choose that life and love it. And I can admire them for it, even if that life isn’t for me.