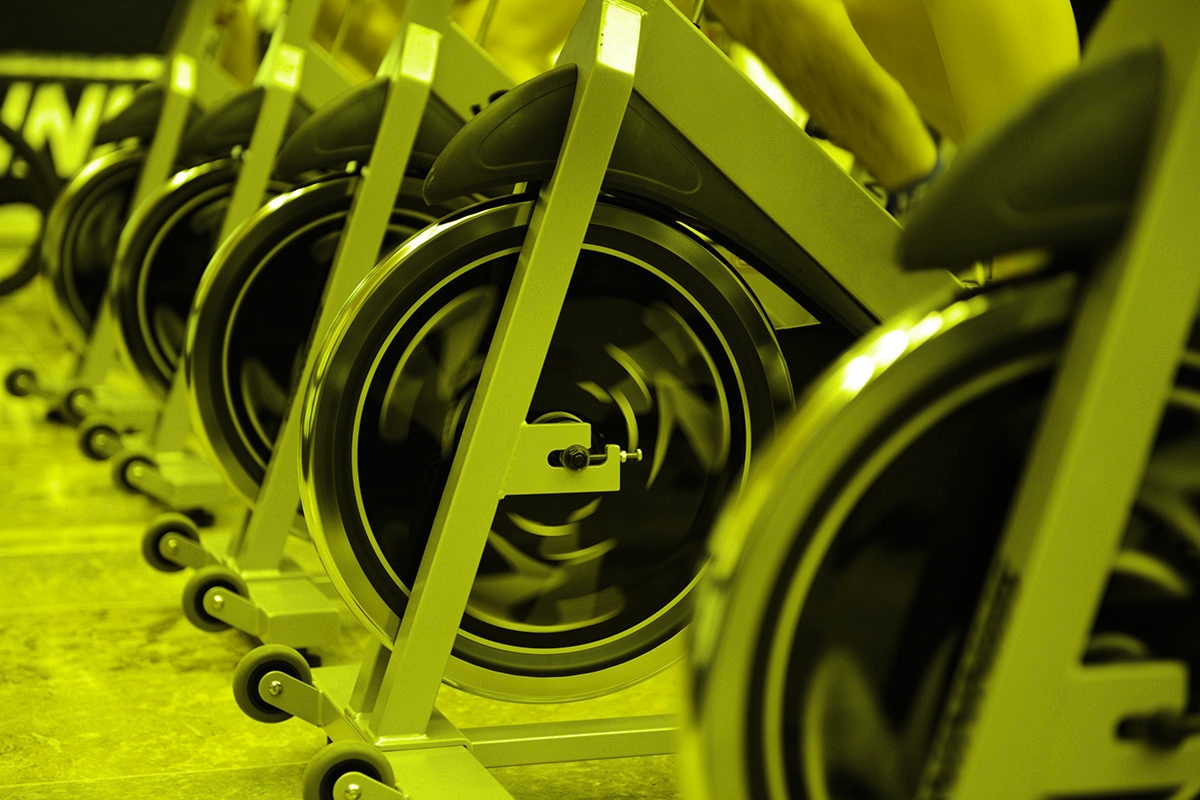 I don’t usually cry when I visit the doctor. Just the other week, however, I made an exception.

I went to a metabolic doctor to attempt to take control of a problem that had gone out of control: my weight. Evidence that I am a big-time stress eater is all over my body. It’s on my cellulite-flecked thighs, on my suddenly emerged belly roll that sits where I used to protrude solely with babies. It’s in my closet, and in the fact that the elastic-waisted pants are in heavy rotation these days (yes, pun intended). It’s even in my feet, where my weight puts me into plantar fasciitis territory. It’s bad.

I used to be an avid SoulCycler. I have hated exercise for pretty much my entire life, but this I loved: going into a dark room where no one could see me or judge me, clipping into a stationary bike, rocking out to great music and, with the right instructor, being encouraged, and even inspired.

But when the guy who owns the companies that owned SoulCycle threw a Trump fundraiser, I decided that I couldn’t go there anymore. Stephen Ross, the billionaire real estate developer and owner of SoulCycle, hosted a fundraising effort for Trump’s reelection campaign at his Hamptons mansion in August, with ticket costs ranging from $100,000 to $250,000.

I’m not someone who gives people — or even companies, to be honest — ideological purity tests, but this one seemed particularly yucky to me. After all, SoulCycle really cashes in on its constantly professed ideas of equality and acceptance and love — to the tune of approximately $30 per class. But then, for the guy at the helm to take this money and actively support someone to whom seems to fly in the face of these ideals — it just seemed too much to take.

I was far from alone in this. Celebrities like Billy Eichner and Chrissy Teigen Tweeted out for boycotts of SoulCycle and Equinox, an upscale gym also owned by Ross’s company. According to The Atlantic, many of us did, in fact, quit.

And so while I didn’t feel alone, I did feel somewhat brokenhearted — in an extremely awkward, First World kind of way, but brokenhearted nonetheless. Because now, the one exercise environment in which I felt comfortable — challenged and yet safe — was no longer available to me.

Many of my friends said things like, “Well, it’s not like MY MONEY makes a difference — it’s just a drop in the bucket to that guy, he’s a billionaire.” I can’t even express how much I wanted to feel that way too, because then I could go to my favorite class and get the shout outs from my beloved instructor and feel at home again. Once again I could be tagged in their pics on Instagram, getting a workout with some external validation as a bonus.

But I couldn’t go back. I didn’t want to implicitly or explicitly advertise the name of their company on my back. Most of all, I believe that by saying that our individual decisions are insignificant, we are complicit in divesting ourselves of our own power. A bucket full of water is composed of nothing but… wait for it… drops in a bucket.

In other words, our choices do have meaning. So I made the decision to stop going to SoulCycle — and then chose to find another way to take back control of my body.

I was scared to go to the metabolic doctor because, even though I was unhappy about my recent physical changes, I didn’t want to look the problem in the face. I didn’t want to see the number on the scale or my BMI written on a piece of paper.

I like to think of myself as alive; a person who embraces challenges and faces them with brave conviction. And some of those, I actually do! I am not afraid of speaking into a microphone, whether in front of a crowded room or in a studio with a podcast audience. I am not afraid of raising six kids (well, most of the time). I’m not afraid of traveling all over the world whenever I can, or being challenged by works of theater or literature.

I am, however, afraid of the mirror, because I don’t like what I see. And that’s not good for anyone — for me, for my kids, or for the children of my kids that I hope to be alive and healthy enough to meet one day.

And so, I started my Jewish New Year’s resolutions early. Last month, my new exercise friend arrived. It’s a Peloton — this incredible contraption that is a stationary bike and screen, where you can take “live” classes alongside hundreds of people across the country — and it lives in my basement.

The classes are hard but stimulating — and I can do them whenever it works for me. So far, I’ve used the Peloton every day but one (my Peloton gets a Shabbat too).

Now, I exercise in a dark room alone. No one cheers for me. But that’s how life is — no one gives you a medal for your decisions, and yet you make them anyway, guided by what you know is right. I turn off the lights, I get on the bike, and I ride for my life.