In Disney’s ‘Encanto,’ Jews Might See a Familiar Story 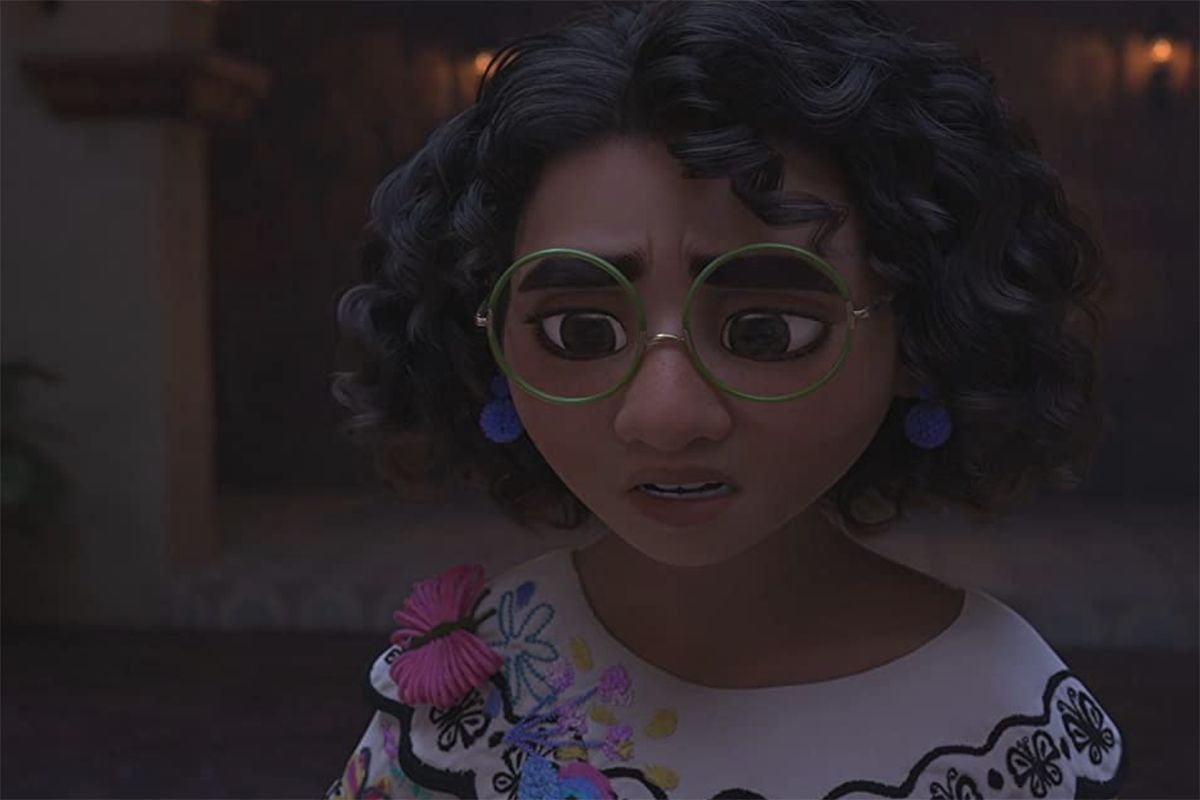 This article contains spoilers for “Encanto.”

Like many parents trapped at home as Omicron ravaged their neighborhoods and holiday plans, I too watched Disney’s “Encanto” — a movie about a Colombian family with magical powers — and was, yes, enchanted.

So much of it stayed with me — the infectious music by Lin-Manuel Miranda that I absolutely can’t stop humming to myself, the lovable cast of characters, each so compelling it deserves its own movie, the lush immersive imagery of Colombia, the gorgeous and expressive animation… I could go on. But unlike any other Disney movie, this one also left me deeply haunted thinking about, of all things, the Holocaust and the harrowing effects of intergenerational trauma.

Now, as a third-generation to the Holocaust, I resent the ways people make so many things about the Holocaust when they shouldn’t be, from anti-vaxxers to the dad at my local playground who compared the chicken egg industry to the Shoah (this is not what I take my kid to the playground for!).

But while it’s not specifically about the Holocaust, “Encanto” is, without a doubt, a movie about generational trauma and the way pain percolates down through generations — and so many of its dynamics are deeply familiar and haunting to someone whose relatives survived a genocide. As compelled as I was by this tale full of specificities and reverence to the land whose story it was telling, the universal themes of displacement, trauma and family expectations touched me in a very personal place.

“Encanto” tells the story of Mirabel, voiced by the lovely Stephanie Beatriz of “Brooklyn Nine-Nine” fame. She is the second youngest grandchild of Alma Madrigal, who led the family — Mirabel’s mother and her two siblings as infants — to their magical house, “casita,” after being displaced.

The origin of that magic is trauma — Alma got her magical candle while running away from the militia that chased her and her fellow villagers out of their homes. The candle that was meant to lead the way to safety became a source of magic after it helped protect Alma and her children, pushing the militia back with a fiery burst after they killed Alma’s husband, Pedro.

It is that lone candle that helps give their house its magic, and, when they come of age, gives every member of the Madrigal home a unique magical power. The Madrigals, and the casita, in turn, help keep the village of displaced people and their offspring in order — healing, fixing, beautifying it.

There’s Aunt Pepa, who controls the weather, and her three children, Dolores who hears anything, shapeshifting Camilo and Antonio, who gets his own special power early in the movie. Then there’s Mirabel’s mom, Julieta, who literally heals people with food (aka the superpower a lot of moms, including Jewish moms, actually have) and Mirabel’s magical two sisters, Isabela who makes flowers bloom and the super-powerful Luisa, who can lift and rearrange anything in the village, from animals to buildings. There’s also Mirabel’s Uncle Bruno, who can foretell the future — but who mysteriously disappeared (and who, the family insists, we don’t talk about). Aside from Bruno, it’s all pretty much picture-perfect.

Except, that is, for Mirabel.

Unlike the rest of her family, Mirabel does not have magical powers — at her own coming of age ceremony, she never got one. It is an obvious disappointment to her abuela who is singularly focused on the image of the family and their ability to be of use to the village.

And while Mirabel’s love for her family is palpable — you just need to listen to the opening song “Family Madrigal” to see it — it’s clear that she’s deeply affected by being the family failure, the only not useful one, even if she feels compelled to always, always put on a happy face. To Mirabel, not having a magical power means being a burden to her family, and she doesn’t want to further burden them with the ugly feelings she harbors about it.

“Don’t be upset or mad at all / Don’t feel regret or sad at all,” Mirabel sings the night after her youngest cousin gets his gift, leaving her as the only one without magical powers, admitting that she “can’t keep down the unspoken invisible pain.”

The pain of not living up to expectations is not specific to families of survivors. But the stakes often feel higher. You don’t just owe it to the family that birthed and clothed and fed you — you owe it to the person who risked everything to make your life a possibility, as well as to those who didn’t survive. It’s a lot of pressure, and very often, one that’s hard to withstand.

My grandparents, Polish Jews who survived the Holocaust in hiding, raised their children in houses where they didn’t talk about emotion, where expectations were high and where fear reigned. I saw those house in the beautiful, technicolor casita.

As the movie shows, trauma makes for a shaky foundation, and the “casita” starts to literally crack, something that Mirabel discovers the night of her youngest cousin’s coming of age ceremony.

Mirabel sees this as an occasion to finally be of use — to heal the cracks and try to fix what’s broken. In her journey, she finds out that the facade of her picture-perfect family is crumbling. Alma asks too much of her family, and while there is love and affection, the expectations are too heavy. Inevitably, Mirabel’s family can’t keep up.

Case in point: Mirabel’s older sister, Luisa, is starting to lose her power, which sends her into a deep crisis. “I’m pretty sure I’m worthless if I can’t be of service,” Luisa sings.

Bruno is also a familiar character — the person who cracked under the pressure. Mirabel discovers Bruno literally hiding in the walls of the house, trying to fix the cracks while everyone sleeps, because he cannot stand feeling like everyone hates him and his prophecies. It’s pretty bleak.

Mirabel’s actual superpower, it seems, is carrying the weight of the family’s trauma and its effects. It’s not that it’s bad to be that person — perceptive, sensitive, generous. It’s just that that job should never fall on only one person’s shoulders. As I watched the movie, I hurt for her.

Yet the movie wraps up in a way in which Mirabel is finally seen and appreciated for all she does, and shows that it is possible to start healing from this kind of familial trauma.

“I was given a miracle, a second chance, but I was so afraid to lose it that I lost sight of who our miracle was for,” Alma tells Mirabel towards the end of the film. “I am so sorry… We are broken because of me.”

Am I putting too much on a Disney movie? Possibly. And does the theme of intergenerational trauma make for the best kids’ movie? Also unclear. My son turned to me early on in the movie and said, “Ima, this movie is making me angry,” so we let him stop watching. When we pried later, it seemed that seeing how upset Mirabel was at the rejection from her family made my son upset, too. This movie is a lot, emotionally, and I would definitely suggest unwinding and talking it through with your family after it’s done.

But as an adult viewer, I’m grateful for it. Some days, I feel like I’m just scratching the surface of my own family’s trauma and the heaviness it has set in my bones: the way it makes it sometimes hard to move around in the world. The way I was raised to be helpful and unobtrusive, not wanting to be a burden. The way that I was raised to feel like life is always one step away from disaster and annihilation.

I was not expecting a Disney movie to put that mirror to my face.

Arguably, the most magical thing about “Encanto” is how the movie manages to find actual healing for generational trauma — something that doesn’t seem to have a true cure. But letting others carry the weight if not for you, but with you, certainly helps.