In My Boisterous Jewish Family, I Struggle to Be Heard. And Then I Blew the Shofar. – Kveller
Skip to Content Skip to Footer

In My Boisterous Jewish Family, I Struggle to Be Heard. And Then I Blew the Shofar. 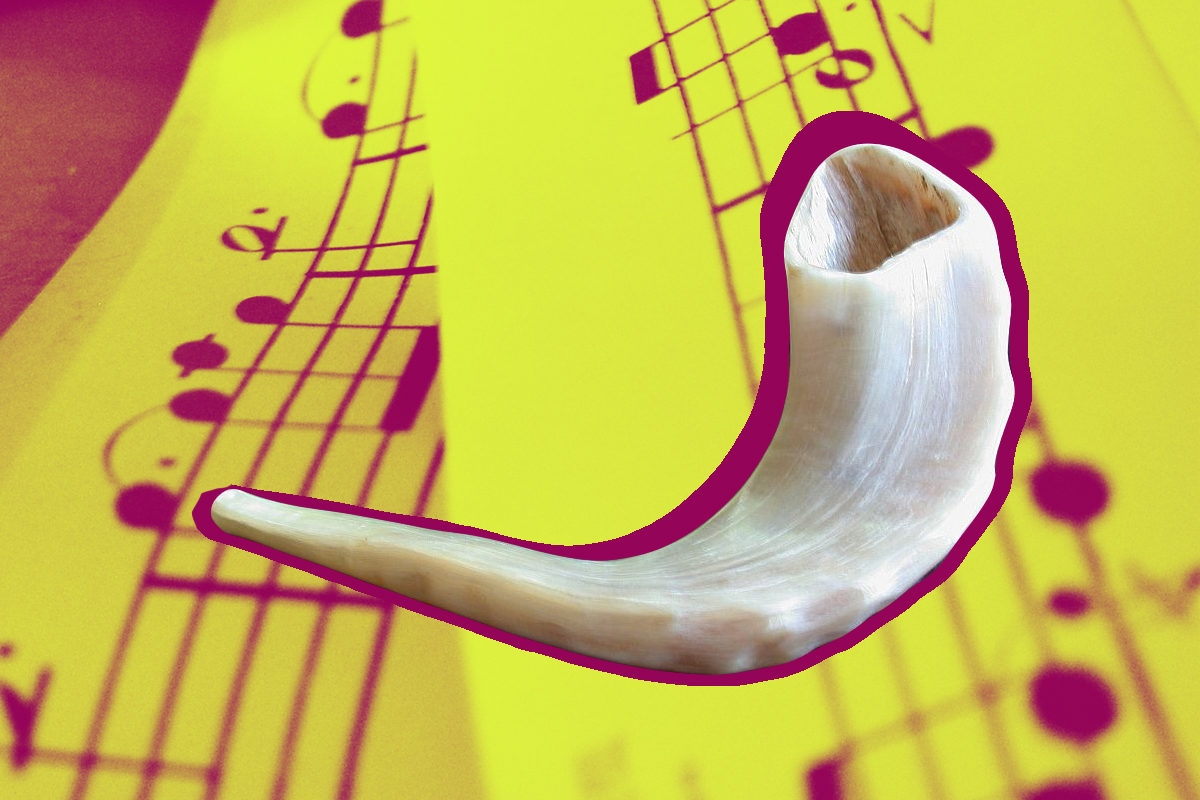 We all have our reserved places in the family, the titles given to us that we usually can’t escape — the funny one, the prodigy, the black sheep. For the longest time, my role was “the shy one.” I was the quiet little girl who was filled with ideas but didn’t know how to let them out.

At school, I’d hide under desks when I didn’t want to give presentations. I’d whisper when I was in pain. For the longest time, no one knew what I was thinking, and in a family of vociferous people, I simply balanced them out.

I am not the timid one anymore — quite the opposite. As an adult, I’m very outgoing; I love parties and, as a teacher, I’m the one who can get even the shyest child to open up.  But when my family gathers for the Jewish holidays, just as our seats are assigned, so, too, is my role. Consciously or not, I inevitably revert back to the quiet little girl I used to be.

It is hard to be reserved in a family as outspoken as mine. When we gather for dinners or holidays, the room is always filled with a lively discussion about politics, society, and, of course, success.

“You remember her, she is a tenured professor…”

“He had an A-plus average at Columbia…”

“He started his own company…”

Humble is not part of our vocabulary. I try to add to the conversation but I am often cut off mid-sentence. My parents are therapists, so there’s always someone willing to offer an ear when you need it, but when we gather en masse it’s nearly impossible to get a word in edgewise. It is our culture to talk over each other; to increase your volume when you want to be center stage. This is not me. I patiently wait for everyone to finish, to share my stories. But when I do, I am often interrupted. I wish my voice could be heard. Why can’t I be stronger? Louder?

Alas, when it comes to making myself heard within my family, I’m not only deficient when it comes to speaking. I also lack musical gifts. I love music, but I don’t have the natural talent that blesses so many of my relatives. This melodic gene was given to both my brother and my cousin, who both became well known for their talents — for years, my brother toured with his band, and my cousin is considered one of the best French horn players in the world. I always felt inferior to such talent. Music came slowly to me and, while I loved it, I often wondered why I wasn’t better at it.

But then came Rosh Hashanah last year. We were all gathered at my parents’ apartment. I had just returned from an incredible trip to Japan and was about to start a new year teaching ESL at a middle school. My cousin entered the room, filled with joy, with her French horn with her as it almost always is. But this year, she also brought with her two shofars, the rams’ horns that have heralded the Jewish New Year since ancient times. To play it, you need precision and energy and wind and strength. When done right it makes a hum that is almost biblical.

It’s also a difficult instrument to play, even if you’re a professional. First, my niece and nephew tried — they barely eeked out a sound. Then, our two pro brass players gave it a go. They each make noise with the shofar, but it is not nearly as robust as with their brass instruments.

Just for fun, I decided to give it a try. And just like I learned in yoga, I inhaled then exhaled deeply. I mustered all my will, I scraped together the sum total of my musical talent, and gave the shofar a blow. Barely a sound squeaked out of it.

But, then, I did something I normally didn’t: I tried again. And, thanks to my persistence, I began to hear a sound; it was soft at first, but then, slowly, it became louder. Before I knew it, I had sounded out the loudest, purest sound out of anyone else in the room.

For once — and all at once — my family was silent. And the note I was blowing from the shofar felt like it lasted forever — like all the words that I never said came pouring out of me, through the shofar. I couldn’t believe what I was hearing; a beautiful, long note that reverberated with a long, lasting grace. My lungs filled with air and I could breathe in a way I couldn’t imagine. That day, I was the musician; I was the prodigy. I was the one making the most noise. I had finally done it!

Everyone’s eyes were on me. “Elana! That was amazing!” my sister-in-law screamed.

After all these years, I was finally heard.

As it turns out the biblical name for Rosh Hashanah is Yom Teruah, which means “day of shouting or blasting.” And just like that, I realized, sometimes we need to shout to be heard.