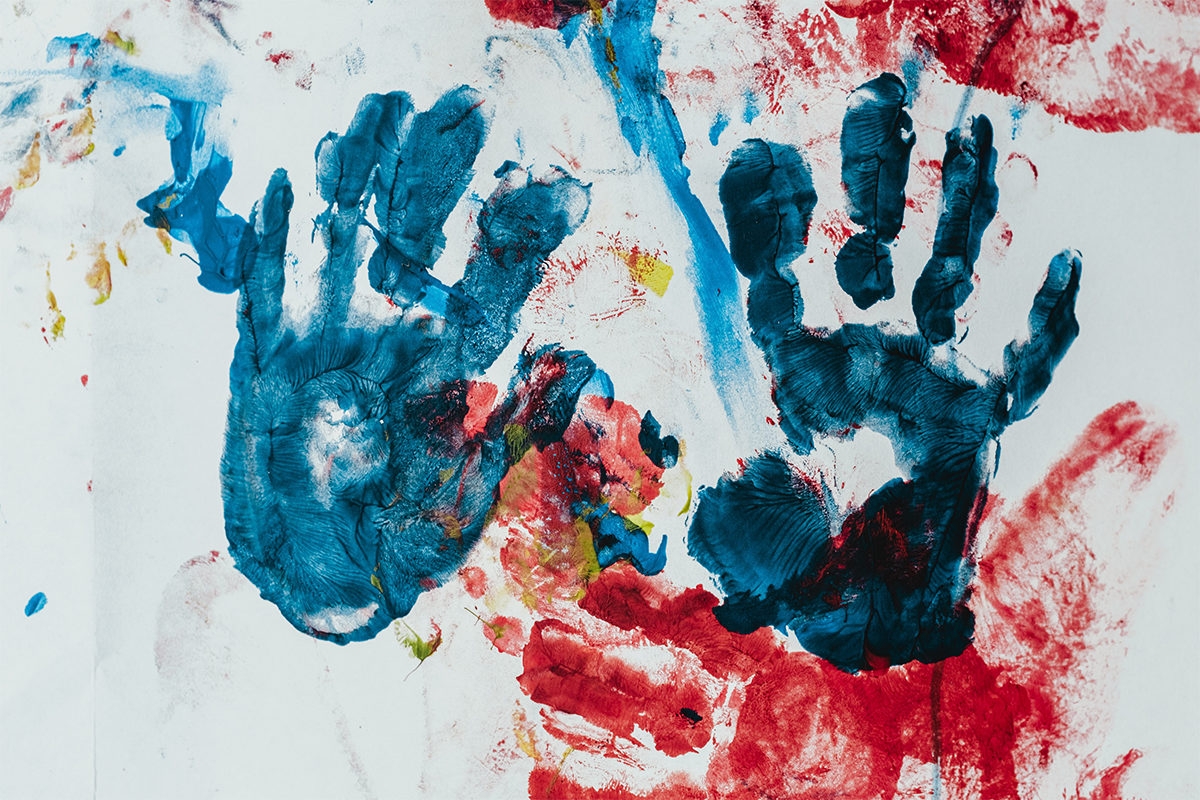 There are so many times when parenting my 4-year-old is a joy-filled experience. He has beautiful, big curious eyes and the cutest smile. He chatters away at a thousand words a minute. If he hasn’t seen my husband in a few minutes, he greets him, “Hi, Daddy!” This happens multiple times every day and amuses me to no end.

In the way only a small child does, he thinks that a lot of regular situations are wondrous. He is fascinated by nature and bubbles and dandelions. He absolutely loves being tickled and erupts into spontaneous giggles after saying the most nonsensical things. He really encapsulates living in the moment, often announcing, “This is the most beautiful day in the world” for no apparent reason (or because he got an ice pop). I once heard him chuckling to himself in his sleep. That’s just the kind of unique and endearing kid he is. I love him to bits.

But… he is also intensely, incredibly, exasperatingly difficult, and parenting him is no small challenge. He will often barrel into me at full speed for no given reason. When I call him out on it, he will apologize and give me a big hug. Just a minute later, though, he is at it again. And again, and again. He physically hurts me and his brothers often, explaining either that he didn’t mean it or that it wasn’t him. For a long time, I believed that the primary cause of his behavior was my inability to set adequate boundaries. I thought that this failure was exacerbated by living in a home filled with rambunctious brothers and all that that entails — think wrestling, roughhousing, and plain old fighting.

Recently, however, I discovered that the cause of his aggressive behaviors is that he suffers from sensory processing dysfunction. This means that he needs constant physical input from his surroundings to feel at peace in his body. When my son slams into me, or punches his brothers, it is often just his body seeking this sensory input in the only way it knows how.

Aside from sensory difficulties, however, my son has other behavioral challenges and has a very hard time respecting boundaries. When he started nursery school, the teacher suggested that we apply for him to get into a smaller school which specializes in language and behavioral challenges. But both our request and appeal were denied, and we had no other choice but to put him into an environment we knew would probably not be a good fit for him, a class of 30 kids, where the teachers were overwhelmed with his many challenging behaviors.

The teachers rose to the challenge, educating him with patience, kindness, determination, and love. But it was exceedingly difficult for them. Though the teachers did not have adequate training or resources to deal with him, they invested an extraordinary amount of time and energy in late-night meetings with the school psychologist, building a unique behavioral program, equipping themselves with coping skills in how to educate him.

It wasn’t easy for my son, either. His negative, attention-seeking behaviors and difficulty with emotional regulation and normative social behavior — such as hitting other children, or making disturbing noises during circle time — meant that he spent a lot of the year sitting on a chair in the designated area for small sinners, the playschool kitchen, home of all of the classroom’s timeouts.

But my son wasn’t the only kid in the class with unique challenges. He had a classmate with a multitude of severe developmental delays and, amongst other difficulties, this child could not talk at all. Not one word.

What followed was a painfully awkward silence. I realized that this other child has physical delays alongside his cognitive ones. Cowed by the difficulties his schoolmate encounters, I retreated into silence. My child could not see a way to play with a kid who could neither run nor talk, two of his favorite activities. I did not know how to respond appropriately, and so I let it go.

Then, one day, I got a call from his teacher. When the number showed up on my phone, my heart plummeted. I’ve received a few of these calls, with the teacher hysterical, detailing all the inappropriate things he has done. I assumed this was just another one of these calls, and the first thing I thought was, “Oh no. What has he done now? Who has he hurt? Why? Why can’t he just behave like all the other children?!“

But then, the teacher completely shocked me. Apparently, during circle time, the teacher told the kids that she was going to the Kotel that week, and she asked each child to tell her their individual prayers, so that she could write them down and put their notes into the cracks of the wall. Each child got a turn to say what their wish was. There were a bunch of things I’d assume my child would ask for: a new Spiderman backpack, a Batman T-shirt complete with a cape, a big and expensive Nerf gun. But when it came to his turn, he requested that the mute child should start talking.

After a moment of shocked silence, the teacher burst out crying.

Such a demonstration a shining genuine kindness and a deep awareness of the suffering of this child would have been magnificent coming from any preschooler. But what was truly remarkable was that it came from my stubborn, difficult, and infuriating child, with whom the staff had struggled all year. This was a kid who drained an enormous amount of physical and mental energy, tens of times a day, every single day. A child with a golden heart, which was shrouded in a darkness of misbehavior, of so much disobedience that it was hard to see the compassionate person lurking within.

My child, beset with his own challenges, is possibly one of the more unlikely sources of inspiration. But his breathtaking empathy for the suffering of a fellow small warrior is something I won’t soon forget. His ability to look outside of himself, to truly recognize the pain, and struggle, and suffering of another, and to help in the small way that he could is nothing short of spectacular.

Like many people, I often find myself self-absorbed, focused on the minutiae of my own life, keeping up the constant demands and too often floundering in this thing we call life. But then I remember a strong-willed 4-year-old and I look outside of myself, to others who may be suffering, and I extend both my heart and my arm to help in the small way that I can.