Spotify’s Jewish Music Makes Me Feel Like a Kid Again 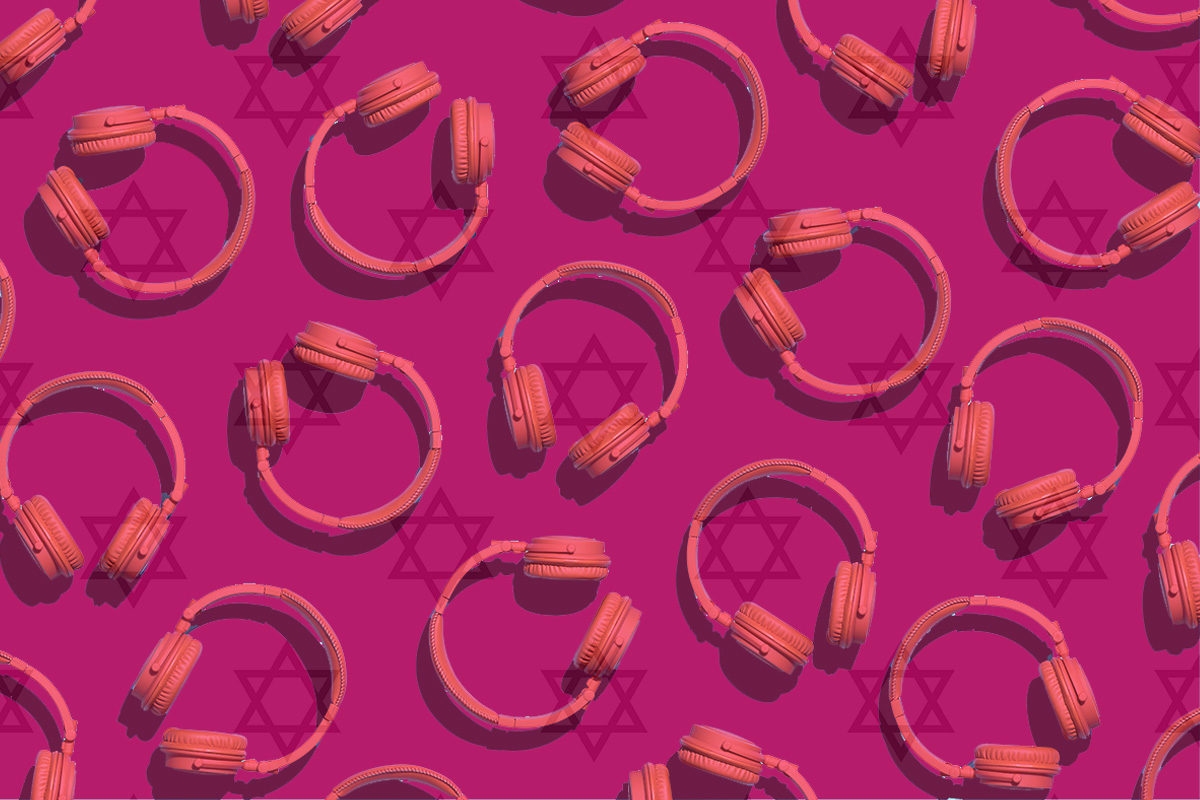 When searching for songs for a playlist I was putting together for my kids on Spotify, I came across a tune — “Pana HaGeshem,” (“The Rain has Gone Away”) by Cindy Paley and Ann Brown — that I hadn’t heard in at least 20 years. I discovered that, in addition to remembering all the words of the song, I could also recite the lengthy (and antiquated) English introduction to the song, “For lo, the winter is passed, the rain is over and gone, the flowers appear on the earth, the time of singing is come.”

It’s not that “Pana HaGeshem” was a favorite song from my childhood. It was simply the first song on my family’s “The Singing Seder” cassette tape that we listened to over and over again each spring, so it got a lot of play time. It was through accidentally rediscovering this particular song on Spotify that I was suddenly brought back into an era of my childhood that couldn’t be captured by Kodak.

There is no photo album at my parents house that could capture the endless hours that my siblings and I sat listening to cassette tapes in the backseat of our family’s Toyota Camry. We listened to all of the popular Jewish music of the time, from the American Jewish band called Safam (my parents met at Rutgers Hillel, which is where this band first debuted) to Israeli songs by the Israeli singer-songwriter Naomi Shemer, to other popular Israeli hits from the 1970s through the 1990s. And somehow, Spotify brought me back to those hours in the car that are so deeply ingrained in my memory.

Finding this song on Spotify — and, subsequently, several other familiar childhood tunes — made me realize how some of my earliest Jewish memories were of listening to those cassette tapes. Only now am I beginning to recognize how much this music helped to shape my Jewish identity. Yes, my siblings and I had our fair share of Disney songs, Raffi, and the like. But my parents made the clear choice to also share their love for Jewish music with us. And clearly, it’s infectious.

There was something about the Jewish music we listened to as kids that enabled us to form such deep connections with our own Judaism, though I’m not sure my siblings and I realized it at the time. The Israeli songs helped us form strong connections to Israel and to the Hebrew language. The songs we heard by Safam helped us feel connected to a variety of modern Jewish themes, from what it meant to be a Jew in America (“World of Our Fathers”), to our responsibility as members of the post-Holocaust generation (“Amnesty”), to how we must speak up for other Jews across the world (“Leaving Mother Russia”). I think that this strong and positive connection to Jewish music from such an early age stuck with us as we shaped our own Jewish identities.

Spotify’s vast catalog has enabled me to put together many playlists — from a Shabbat Kids playlist to an Israel Kids playlist — for my two children, as well as for the hundreds of students at The Leffell School where I am the Lower School rabbi. In my own home, we even started listening to our Passover playlist in January so my older son could be ready with the Ma Nishtanah — which, by the way, totally worked!

As I watch my older son enjoy the tunes on our Everyday Jewish Songs playlist (a modern ode to the driving music of my past!), I am also finding new meaning in the lyrics of the songs of my childhood. I tear up as my 3-year-old son belts out Safam’s “Peace by Piece.” He sings along to the words, “The world we are building, for our families to share, is made up of our words and our deeds. For the sake of our children, we must build it with care, building it peace by piece.”

I must admit, though, that as easy as it is to make lots of Jewish playlists, at times it’s tough to compete with the perks of technology, such as the ability to put songs on repeat. My son loves to put certain songs on repeat, and his newest favorite is “Take Me Home Country Roads” by John Denver (apparently a popular request at his Jewish nursery school, go figure!). I strategically inserted that song in a playlist alongside Jewish music, so that whenever he doesn’t skip directly to it, he gets a taste of some awesome Israeli Eurovision songs from the 70s and 80s, including “Oleh Oleh” and “Hallelujah.”

While my city-living kids don’t experience long car rides too often, our Jewish music playlists provide much entertainment in the post-school, post-work, pre-dinner slump. We even have mini dance parties to our Jewish Dance Music playlist, and create our own moves that my 1-year-old wiggles along to as well. These playlists are an easy way to spend a few minutes of our day doing something Jewish and special as a family.

For as long as music streaming apps continue to exist, let’s continue to revisit the music of our childhoods and add new Jewish memories to the mix. In the meantime, please enjoy our latest favorite Israeli song of “Shevet Achim V’Achayot” by Idan Raichel (found in this playlist); toddler dance moves not included.

Header image via Westend61/Getty Images Plus