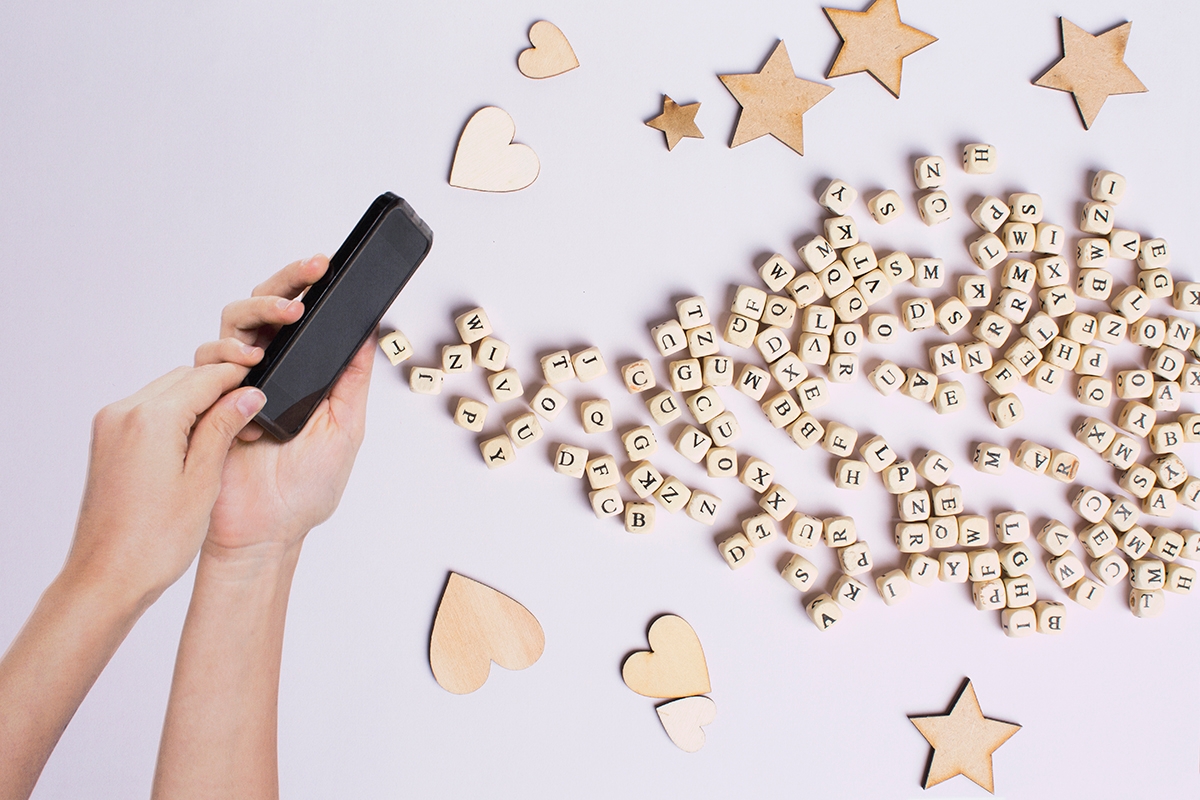 I began @mamatriedyiddish as a “maternity leave project” after my second child was born this fall, thinking that the video-based platform would be an entertaining way to share snippets of my Yiddish-language parenting venture: I speak Yiddish exclusively with my 3-year-old daughter and aspire to speak it exclusively with her 4-month-old sister. Their dad — my husband Aaron — doesn’t know Yiddish and speaks to them both exclusively in English.

But though my hope is that our kids will one day be bilingual, lately my perseverance has been flagging. That’s why, ultimately, creating a TikTok account about how I am trying to raise Yiddish-speaking kids was more important to me than simply sharing that I am indeed doing it.

One morning, I posted a video — filmed impromptu in my kitchen — about the challenges involved in raising bilingual children. I was answering someone’s question, “Do your kids speak both English and Yiddish or just Yiddish?” and my answer was, effectively: I’m not even sure they’ll end up speaking Yiddish.

While in many of my videos, I speak in Yiddish, or you hear my older kid speaking in Yiddish, or I’m sharing a Yiddish book or vocabulary word, in this video I was just speaking in English for a full minute. As far as TikTok videos go, I would have thought the kitchen one was a bit of a snooze. The subsequent response, however, was surprising — not only because of the amount of comments that came in, but because of their emotional tenor:

“Keep going, everyone spoke to me in Spanish but because they let me get away with replying in English I didn’t become fluent.”

“Honestly keep going my stepmum is German and she’s been my stepmum since I was weeks old and I really wish she would have taught me German.”

“My dad insisted my mom stop speaking French to us. I resent that to this day. Keep it up!!”

Notes like these reminded me of the rhetorical idea of traveling back in time to speak to your younger self. What if, instead, you could travel in time to speak to your parent, grandparent or step-parent when they were a young adult? How would that change your childhood? For many of the commenters on my TikTok account, the answer was clear. They would want their parental figures to raise them in a bilingual home.

And they want me to keep trying with my own children.

My 3-year-old does understand me when I speak to her in Yiddish, but she often responds in English, and her English is generally much better than her Yiddish. I constantly wonder — as I do in the kitchen video — if she will ever respond only in Yiddish with me, if I will keep up this Yiddish project with her baby sister, if they will one day want to speak in Yiddish and feel proud to know it as a second language from birth.

These thoughts mark a funny turn of events since the other language I know from birth, after English, is Hungarian. My parents are Jewish Hungarian immigrants and I can speak the language at a conversationally fluent level: fluid, comfortable, with lots of grammatical mistakes. I do wish my Hungarian were stronger, but it’s also a real asset to know how to clunk through a language; my Yiddish is as fluent as it is because, when I began learning, I wasn’t afraid to speak.

I got into Yiddish through a side door. First, I learned Yiddish from someone I was dating who was a dedicated Yiddishist, and as we got more invested in both our relationship and the lively Yiddishist scene in New York City, I continued learning the language in social situations. We went to parties in Yiddish, hosted Shabbat dinners in Yiddish, even attended board meetings in Yiddish. Everyone had their own reasons for speaking Yiddish. Mine was simple at that time: I liked it.

After my Yiddishist partner and I split up, I moved to a city where I knew no other Yiddish speakers, and Yiddish transformed into a relic of a past relationship, like how I learned from other partners about Buddhist meditation or hedge funds. (One of those relics has come in handy since and the other one probably should.)

My job, however, anchored me to the language; I’m the script writer for YiddishPOP, which teaches Yiddish using short animated movies. And Yiddish re-entered my personal life six years ago when my husband Aaron and I began thinking about having kids. I hoped to pass on a second language to any future kids, but would that second language be Yiddish or Hungarian? My husband speaks neither, and in my understanding of raising children in a bilingual home, it’s best if each parent remains exclusively in one language.

It was an impossible question, but I eventually chose Yiddish and our first daughter was born soon after. Now a preschooler, she is not opposed to my asking her to repeat herself in Yiddish — though she doesn’t always do it — but when I ask her direct questions with simple answers, she does reply in Yiddish. Though I’ve been told by some to encourage her to speak in Yiddish by pretending I can’t hear her when she speaks to me in English, I don’t have it in me. That tactic, effective as it may be, feels a little cold as well as disingenuous.

Besides, I don’t want Yiddish to become something she associates with negativity or, khasvekhalile (heaven forbid), neglect. Instead, I want it to be an experience we share — and she does seem genuinely open to learning more. We look words up together in the dictionary, and she even corrects me when I say the wrong word for something, like the time I said “teler” instead of “tepl”: “plate” instead of “cup.” She tells me she prefers English to Yiddish, but when I have asked her if her sister should learn both languages or just English, she answers, “Beyde.” Both.

I started @mamatriedyiddish on TikTok — joining other Yiddish TikTokers like @c.o.bernstein, @rebnoyekh and @maxolszer — because I thought it would be a fun way to get motivated during a challenging inflection point. At the same time that my older daughter’s English seems to be leaving her Yiddish behind, my postpartum period with her baby sister has left me especially under-resourced. What I know from fellow Yiddishists who have raised Yiddish-speaking kids is that a key ingredient is for my daughter to have Yiddish-speaking peers. But all the folks I know raising their young kids in Yiddish live in other cities or countries. As with many things these days, remote connection is the only way to go.

So many people have left comments on my TikTok encouraging me to keep going — because they wish their grown-ups had, because they wish they were bilingual, because they wish they held an additional key to their culture and heritage. And the time travel flows in two directions: Their comments are like hearing my children as young adults. In our family, Yiddish is a key to our very own culture and heritage as Eastern European Jews (and Hungarian is another one, too). I imagine my children as young adults regretting — not their choice to resist Yiddish, it’s hard to be mad at your toddler self — but my potential choice to stop this project and switch to English.

Vayter, my kids say, adding their voices to the chorus. Keep speaking, keep teaching, don’t give up!