Why I’m Teaching My Kids This Yiddish Hanukkah Song 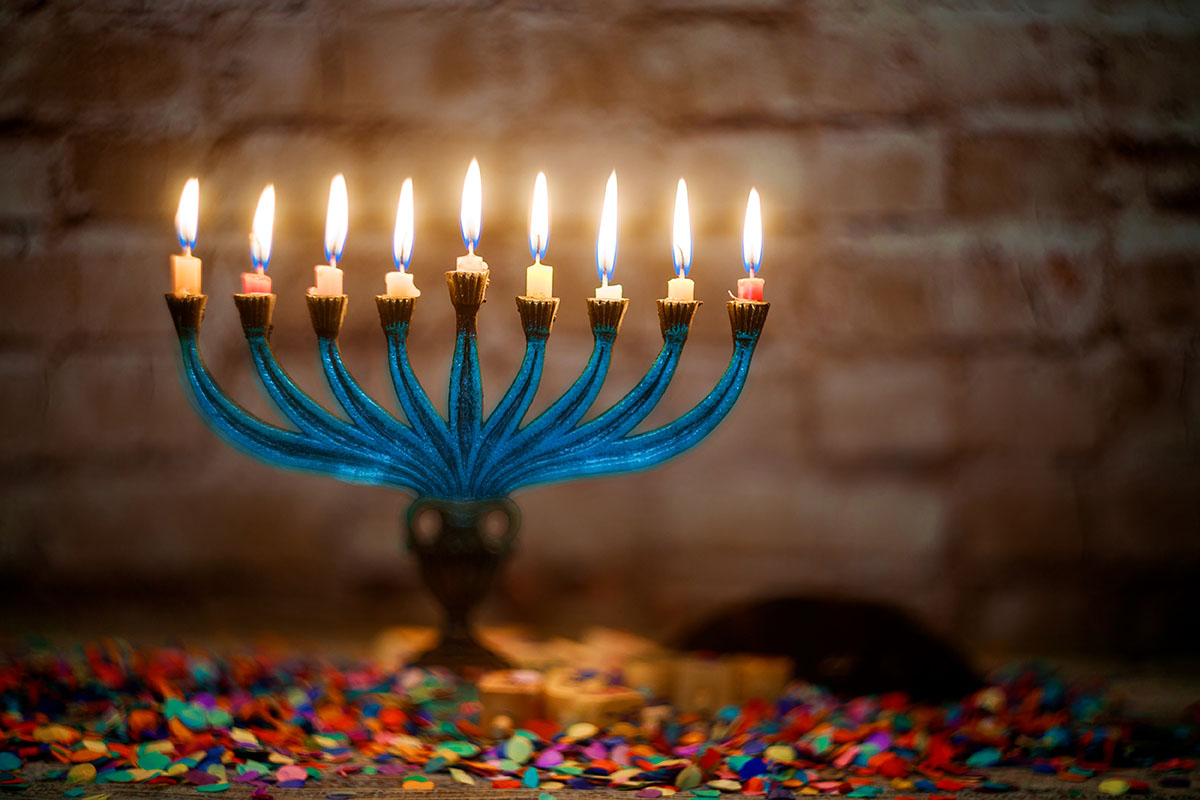 Hanukkah is a big deal in our home — it’s the only time I let my kids tape things to the walls! As soon as the first of Kislev (the Hebrew month in which Hanukkah begins) rolls around, we’ve got our Hanukkah shelfie assembled, our walls bedazzled with hanging dreidel twirls and our electric menorah fully lit in our apartment window. The new menorah-hooded blankets — which my 3-year-old refers to as his “Hanukkah costume” — lovingly reside alongside my kids’ teddy bears (they curl up into a fuzzy “menorah ball”).

We take our Hanukkah décor seriously over here. But there’s another level of Hanukkah preparation that can’t be bought on Etsy or Amazon: the Hanukkah avirah — or ambiance.

To get into the Hanukkah frame of mind, I turn to Jewish music. I prepare for the Festival of Lights as I do with other Jewish holidays, through sharing my own excitement for Hanukkah music with my preschooler and kindergartener. Leading up to Hanukkah, we listen (and dance!) to everything from traditional Hebrew songs such as “Maoz Tzur” and “Mi Yemalel” to modern pop songs (think anything by the Maccabeats or Six13).

But there’s one more song I like to add to our mix: “Oy Chanike.” This is the Yiddish and original version of the familiar English melody that begins, “Oh Hanukkah, oh Hanukkah, come light the menorah.”

Why a Yiddish Hanukkah song? While we use a few Yiddish words in our home, from “lay keppe” (head) to “it’s time for a schluff” (rest), Yiddish is not a language in which I am fluent (nor are any of my immediate family members).

Yiddish was spoken by my great-grandparents, who made their way onto these shores with the promise of a better life in America. My great-grandfather came from Mlawa, a small city in Poland, and Yiddish was his first language. Like most other immigrants, my great-grandfather worked hard to learn English. He and my great-grandmother did not teach their son Yiddish because English, not Yiddish, was the language of upward mobility. They wanted to ensure that my grandfather became an “unaccented” American (he actually became an English professor!).

Yiddish was also the language associated with my great-grandfather’s past. Most of his siblings perished in the Holocaust, so I imagine he wanted to distance himself from that dark point in his life and in our collective history.

While Yiddish has certainly made a resurgence in recent years (a local parent recently put out a call to see if other families would be interested in a kids’ Yiddish immersion class), the language is far from where it used to be a century ago. Prior to the Holocaust, over 10 million Jews spoke Yiddish. Nowadays, it is mainly spoken in certain ultra-Orthodox communities in New York and Israel.

At this time, it feels particularly important for me to honor the Yiddish language and not let a language — which was so central to the identities of Ashkenazi Jews (from Eastern and Central Europe) — languish. Hanukkah (Hebrew for dedication) reminds us to show dedication on many levels, including dedication to the mamaloshen of our forbearers.

“Oy Chanike” is a powerful song since its lyrics are so accessible (even though they are in Yiddish); they do not contain metaphorical language or language similar to formal prayers. Rather, they are an accurate depiction of most family Hanukkah gatherings — even modern ones (sans the Hanukkah pajamas!). The song, first published in 1912 and written by Mordkhe Rivesman, a Lithuanian Jew, speaks directly to the excitement of celebrating Hanukkah. It describes Hanukkah as a “cheerful and happy holiday.” The verses move us through the ebb and flow of a typical Hanukkah night, from playing dreidels and eating “boiling hot” latkes to lighting the candles in the menorah. The lyrics have a few variations, depending on family traditions, but each phrase communicates joy about the holiday: from singing, jumping and dancing together, to recalling the wonder of the miracle of Hanukkah.

Similar to our Hanukkah decorations, each year, I start to teach this song to my kids early. I sing it with them on our way to synagogue — or should I say shul — on Shabbat mornings, a routine we only recently returned to. Even though the song is at times interrupted by “Look! There’s a Bx10!” while my kindergartner eagerly points out a city bus, my children enjoy belting out this tune, which unbeknownst to them, makes me schep nachas (derive joy).

Perhaps my kids will one day take a Yiddish course in college (or study up on Duolingo). But in the meantime, to paraphrase the words of Irving Berlin, the Jewish composer who penned “White Christmas,” I’m giving them a “Yiddishe Hanukkah.”

Want to join in on the fun? Here are the lyrics to “Oy Chanike”:

Note: There are at least three different endings — and a few other slight changes in phrasing — depending on family traditions.

*Other versions conclude with:

Say “Al Hanissim”
Praise God for the miracles,
And we will all dance together in a circle.

Let’s all sing and leap,
And let’s all dance together in a circle.