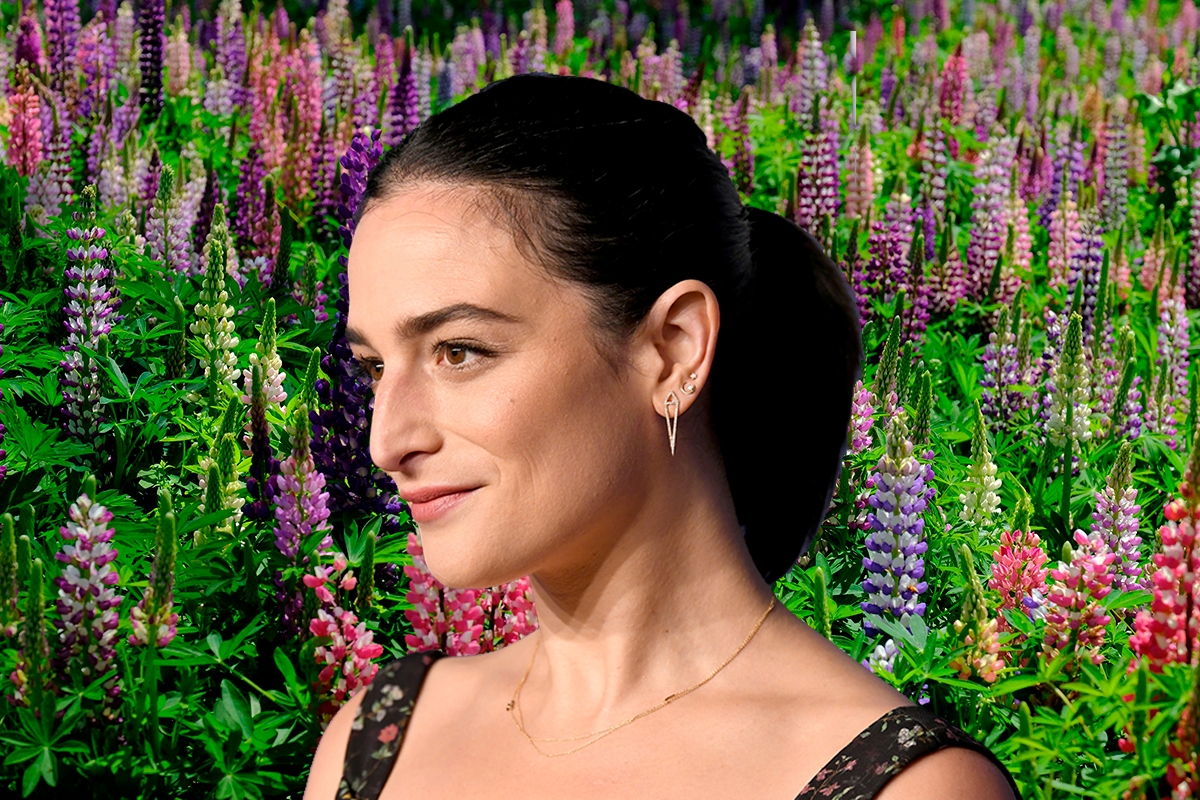 Congratulations are in order for new Jewish mama Jenny Slate! On Jimmy Kimmel Live this week, the actress and comedian confirmed that her bundle of joy arrived at the tail end of 2020.

You might know Slate from her various comedic roles, from the quirky Mona-Lisa Saperstein on Parks and Recreation, to Missy on Big Mouth (a role she stepped down from in June in order to make room for a Black actress to play this Black character), to Donna in her 2014 film, Obvious Child, about adulthood, stand-up comedy, and unplanned pregnancy. She also has a 2019 Netflix comedy special, Stage Fright, which touches on her Jewish upbringing (including a spot-on joke about Jewish songs).

Slate and her fiance, writer and artist Ben Shattuck, welcomed their first baby six weeks ago. After a pandemic birthing experience — which meant Slate had to wear a mask — she told Good Morning America, “I can say, without a doubt, that motherhood is for sure the most meaningful thing that has ever happened to me.” Aww!!

Apparently, Slate and Shattuck did a great deal of baby name research, looking into names originating from a region in Eastern Europe where Slate traces her ancestry. Originally, the couple liked the name Bagrat — a name of Armenian and Persian origin meaning “gift of God” — even using the name to address the in-utero baby. However, in classic Slate fashion, she told Kimmel that they kept calling the baby an Americanized pronunciation of the name, “Bag rat” — which, she adds, “I’m sure is not how to pronounce that.”

According to Vulture, Slate and Shattuck named their baby Ida Lupine because it is “inspired by the couple’s favorite flower.” Lupine is, of course, a beautiful springtime wildflower. The first part of this lovely name — Ida — is of Germanic roots, meaning “industrious one.” While Ida hasn’t been even a top 1,000 name in the US since the 1980s, it is very popular in Scandinavia today, and given the popularity of similar names like Ava, it’s sure to be on the rise.

Ida may not be a name with Jewish origins, but myriad Jewish Idas give this name a truly badass legacy. Among them is Russian Jewish immigrant Ida Cohen Rosenthal (1886 – 1973), who owned a dress shop in Manhattan and designed some of the first modern bras for women. With her husband, she founded the first bra company in the US., which is now known as Maidenform. There’s also Canadian-Yiddish poet Ida Maze (1893-1962) and dancer Ida Rubenstein (1883 – 1960) — who broke boundaries of sexuality and respectability while gaining fame in Paris and beyond.

What a beautiful, meaningful name, and we are so excited for Slate and Shattuck about all the adventures to come with their growing family. Mazel tov!