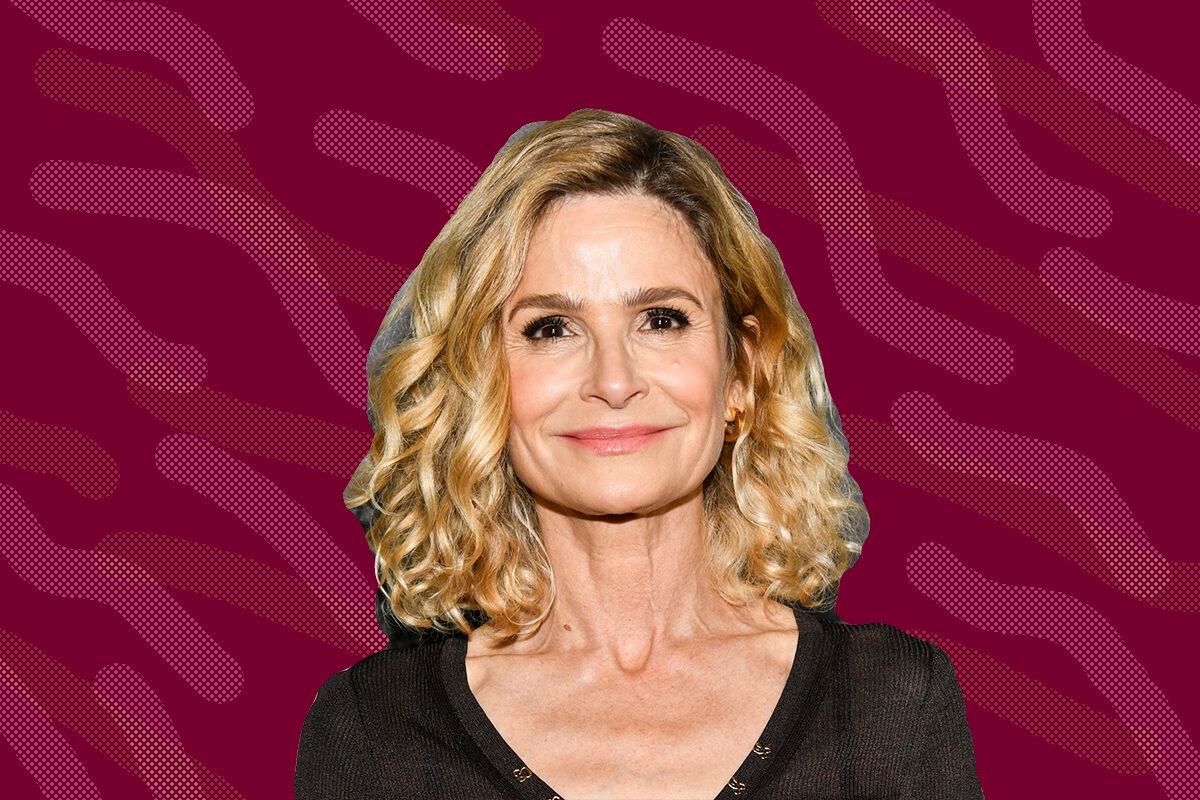 Kyra Sedgwick is one of my favorite actors. She’s a Jewish mom (to Travis Bacon and the very talented Sosie Bacon, who is about to star in an American adaptation of the Israeli show On the Spectrum) and wife to Kevin Bacon (that lucky duck!) and she is about to star in a show about motherhood and being an empty nester — and we truly can’t wait.

Before we talk about what the show is about, let us take a moment to reflect on its (very Jewish) name: Call Your Mother. Have you heard that one before? (Aside from coming out of your Jewish mom’s lips or, perhaps your own Jewish-mom lips?) That’s right, it’s the name of Kveller’s very own podcast, hosted by the dynamic duo of Jordana Horn and Shannon Sarna.

Normally, we’d be a little miffed about this. But here we’re going to be magnanimous and say: Yes, we are more than happy to share this name with Sedgwick and co.

The show was created by Kari Lizer, the TV writer behind The Adventures of New Christine, and Sedgwick plays Jean Raines, a mother whose adult kids have left the house. Jean does what she can to be a part of her kids’ adult lives and realizes — GASP! — they may actually still need her.

The show stars the adorable and Jewish Joey Bragg as Jean’s son, and Rachel Sennott, who recently starred in two very Jewish short films, Shiva Baby and Tahara, plays Jean’s daughter. Patrick Brammall, Emma Caymares, and the fabulous Austin Crute, who is a talent to behold in both Daybreak and Booksmart (seriously, he’s incredible!) also star in the show.

We are assuming that the series will be lightly based on Lizer’s recent book, Aren’t You Forgetting Someone? Essays from My Mid-Life Revenge, in which Lizer explores the reality of late-stage parenthood, including the proverbial empty nest, post #MeToo dating, aging parents, menopausal rage, unrealistic expectations, and eternal optimism. It certainly sounds like our jam!

There’s no release date yet for this exciting-sounding comedy, but it is the only show slated to premiere on ABC this fall. Hooray! While I’m waiting, you can find me watching Sedgwick’s The Closer for the 706th time…. and hey, Kyra, if you’re reading this, come talk about Call Your Mother on Call Your Mother! Consider this an open invitation.